Birmingham, will be back soon! 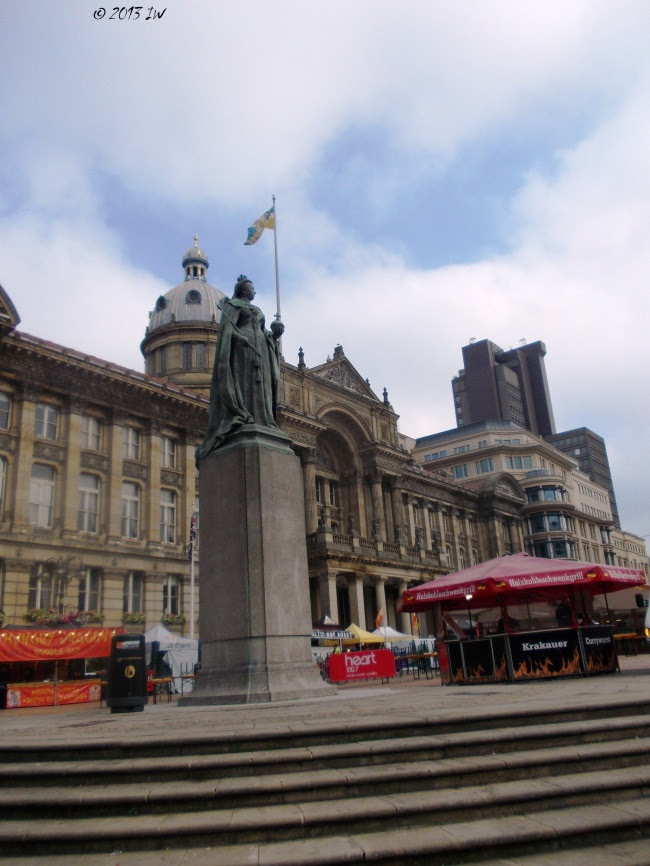 Here I am, finally in Birmingham, after an exhausting tour-de-force that started early in the morning in Berlin, with a stop in Oxford when I fully enjoyed the pleasure of discovering a historical city of learning. Too tired to do anything else for the evening, I preferred to have a nice supper, explore the hotel and do a little bit of work. I needed more energy for a good start before going to Wales the next day. However, I wanted to be up as early as possible, to have a short breakfast and run to see more of the city. Everything went as planned and at 8.15 I was waiting for my bus.
The paradox of the public transportation in Birmingham is that despite a very social media oriented strategy - you can get updates of the public transportation network on Twitter, for instance - you can buy tickets only by introducing the requested amount of coins for the trip in a very odd looking machine. If you don't have the perfect amount, you cannot buy your ticket. And, as usual, I did not have more than 3 £ of change on me. However, compared to some nervous experienced I had in London, the drivers were kind enough to let me go even I was a couple of pp. less the amount of the ticket or did not have any change at all. The local kindness continued, as I was helped to find the best buses combination on my way back: the bus driver called one of his colleagues for more information, and I was given a map to help me reach the stop easier. On the way back from Llandrindod, lost in between train stations and missing our train, we were again the subject of local generosity, being guided as children to the next available train by the same kind local people.
With such a good human impression, my few hours spent in the city got a special dimension. Why do we travel for, unless for discovering new worlds and diversifying our human experiences? 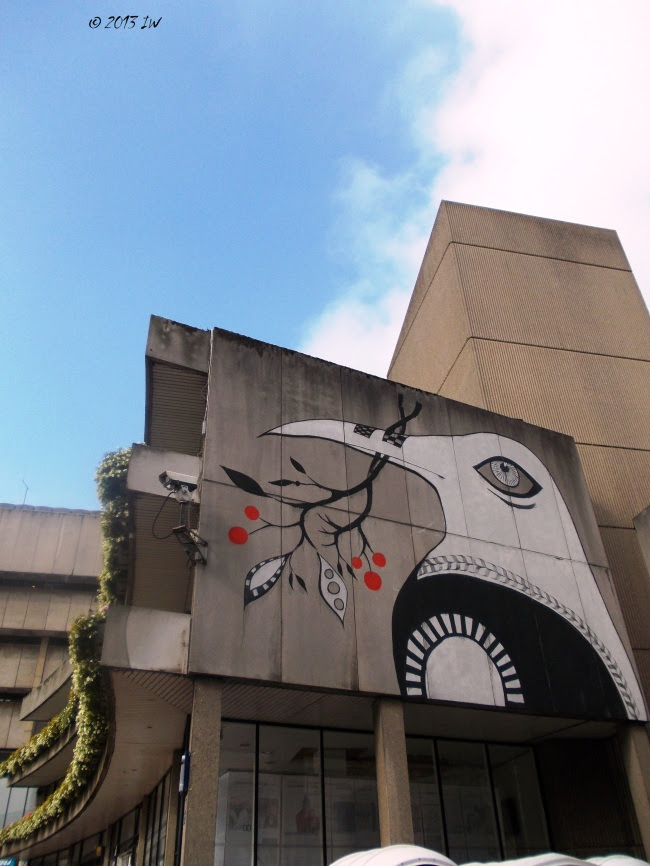 The next hours passed very fast, in the rhythm of my curiosity to see as much as possible. I started with the shopping area of the Bull Ring and the very spectacular Selfridges building attached, enjoyed the pleasure of finally wandering through a Chinatown in Europe, was disappointed that St. Martin's market - a historical meeting points of traders since the 18th century - was closed that day, admired the spectacular new architecture, relatively well integrated into the old sumptuous buildings, such as the Town Hall looking as a very serious Greek temple. A foodie fair was opening in the main square, and enjoyed the mixed smell of the international cuisines. Maybe one day will be brave enough to prepare some Jack Daniels onions.
I continued the run with the cries of the seagulls in the background, on the streets getting more and more action from a quarter of an hour to another. More people on bikes than I saw in London, and a lot of colourful flowers on the streets. The Jewellery Quarter was unusually quiet though, so after a small tour I turned back in the shopping area returning to the hotel. Around 10.30, the city was completely returned to life and even the late sleepers were back in the busy world. 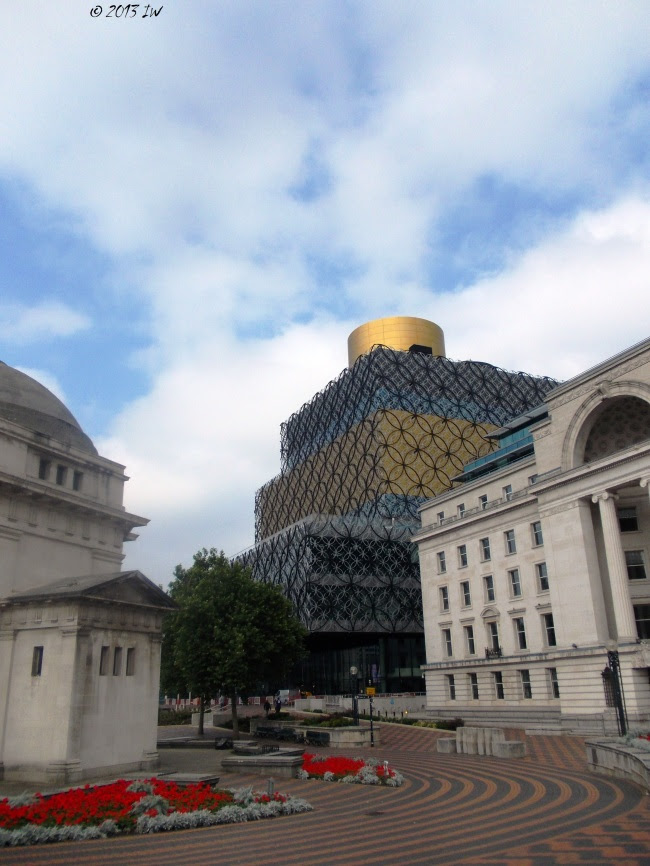 After checking out and enjoying a late breakfast outside, we decided to make another tour for a quiet walk of another hour. This time, I was quite proficient in getting the right directions and catching the buses we needed, and even got enough courage to go a bit far away to take some more pictures, especially of some interesting graffiti that I've seen before on my back back to the hotel. During this second trip, I realize how much I would like to return to see some museums, discover the art collection and eventually attend a show at the Hippodrome.
Birmingham, promise that it will be a next time!
For more pictures from Birmingham, check my Pinterest board: http://www.pinterest.com/ilanaontheroad/birmingham/
Posted by Ilana WD at 1:43 AM