How to Spend the Perfect One Week Winter Holidays in Portugal 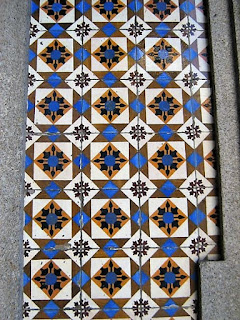 A country with warm weather - which for me, means more than one digit temperature - all round the year, and welcoming people, Portugal is a perfect destination for the winter holidays. With a great offer of food - from sea food to fish and the famous pastries - special wines and a rich cultural heritage displayed nonchallantly, another advantage of a trip to this country is that you can easily move from a place to another and if based in Lisbon, you can easily reach - by bus, in our case - other interesting destinations such as Porto, Sintra or Coimbra, within a couple of hours.
In the memory of my great week discovering a country whose language fascinates me - and wish I dedicate more time to improving it - here is my suggestion of a 7-day plan exploring the beautiful Portugal. 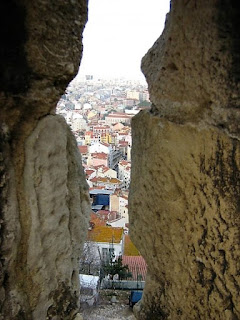 I've spent most of my time - 4 full days - in the capital city of Lisbon, exploring both the touristic and off the beaten path sides of the city.
Our base was 45 minutes away from the center of the capital city - the city of Cascais. A summer residence of the former Portuguese Royal family since the end of the 19th century, and currently a residential area of well-off people, it has the advantage of offering an evening show of nature unchained, when the huge waves of the Atlantic Ocean are attacking the sandy beaches in full strength. A work of nature is the Boca Do Inferno, that can be reached by foot alongside the Atlantic Coast.
While walking the streets of Cascais hour after hour, we stumbled upon a very small and interesting museum of musical instruments where a passionate museum curator explained and put into context a lot of facts about the Portuguese musical. Among others, we've been shared that the very popular fado, for instance, was a latter addition to the traditional repertoire, especially during the years of Salazar dictatorship, as a way to create a new local identity.
If you are more into relaxation, Cascais also offers some very pleasant destinations, with golf clubs and a casino where you can play with your luck. 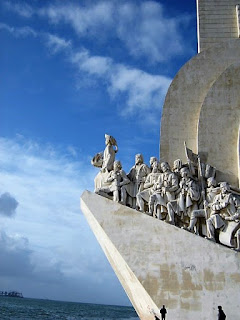 Portugal is a land of explorer and courageous travellers, which gives me more than a reason to love the country. The massive memorial to Vasco da Gama in Belém, facing the Vasco da Gama Bridge over the river Tagus, the second largest bridge in Europe, is a good start for your exploration of Lisbon. Nearby, there is the Geronimo Monastery which displays interesting works of art and history, going beyond the religious meaning. Nearby, small pastry shops selling the famous pastel de nata, are always surrounded by people, waiting at least 30 minutes in line to get their happy yellow egg tart pastry dusted with cinnamon. 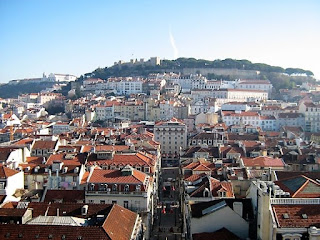 I am a very intensive traveller and I love to discover famous or less famous places completely by myself, but in Lisbon I felt the need to book a bus tour for a very quick introduction to the history and culture of the city. Once updated with all I had to know, I was feeling more free to roam the old streets, watch people, taste the food or just enjoy being wrapped in the shining rays of light. 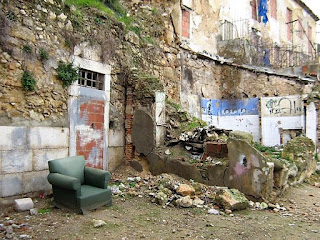 Portugal is not among Europe's richest countries and among the Western countries it has a post-WWII 3-decade long of dictatorship. Lisbon was frequently shaken by deadly earthquakes, the deadliest one being in 1755, with 75,000 victims (a serious reason not to ever move here). Once you are away from the usual touristic track, your eyes may encouter different realities than those advertised in the glossy travel pages. But this is the real life that I am usually looking for, wherever I go. 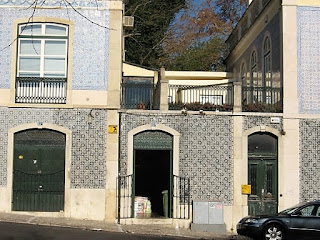 A big part of my Lisbon photos were dedicated to capturing the colours of the local architecture. The tiles decorating the entry walls and the big windows show an orderly interest to show to the passer-byes by a corner of beauty, but also a curiosity of the residents to observe the street moves. I still have on my to-do-list to learn more about the Portuguese architecture. 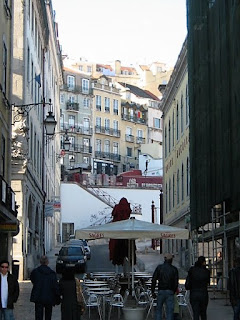 Lisbon is always busy and crowded, and if you are looking for a place to eat near the waterfront in the middle of the day, you better are not that hungry as finding a great view with a great place might take a bit longer than expected. I personally always loved the start of the evening, to get a bit of romantic vibe from the small table candles while sipping my local wine - a must is the 'green' vinho verde. If you are into shopping, or just want to have a look at the offer of local products of different kinds, you can explore the options offered on Baixa Street or Praca do Comercio. 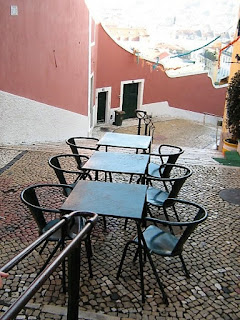 The small side streets alongside the seven hills the Portuguese capital city was built on, are a best choice for those looking for a more quiet view and place to rest. Either you arrive there by tram (recommended is tram 28 for carrying you up and down the hills) or by foot - given the many slopes of the city, comfy shoes are a best choice - you can find not only colourful street art (the richest and most spectacular collections of urban art can be found on Santo Apolonia, Jardim do Tabaco or between Belém and Baixa) - but also homemade food and welcoming restaurant owners ready to share their stories with you.

When I travel within a country, going by bus is always my option no.1, as I can see the landscape and cross small villages and towns. The trip from Lisbon to Porto was a great opportunity to see different sides of the country, while trying to modestly chat in Portuguese with the locals. 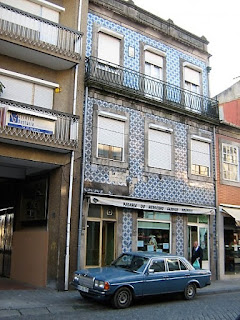 I know that in the last time, Porto is extensively featured by travel bloggers, especially for the white and blue tiled-facades, but at the time of my visit, I was personally not impressed. I loved the hectic Lisbon's spirit, but somehow, in Porto I was just a visitor, without any emotional involvement on my side. We stayed there only for half a day, and was a good choice, because besides just walking and walking the streets, and eventually grabing some local pastries, we didn't find anything else to do. 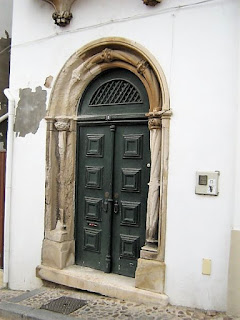 To be honest, the local architecture has some interesting treats and a strong personality, which reminds of Spain and Italy as well. 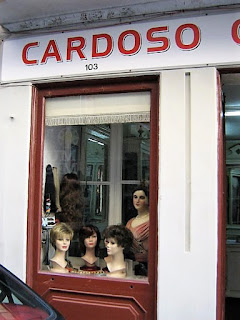 Some shops looked very out of time and of space, but as we visited in the last day of the year, everything was closed and the businesses were on hold until the next year. 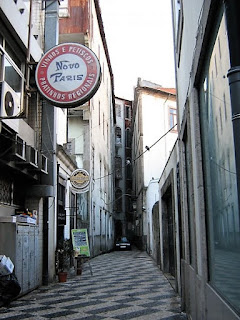 Now, looking back through my photographic memories, I might revisit my initial indifference. Porto might be more down to earth, but it is a charm in such a feature as well. 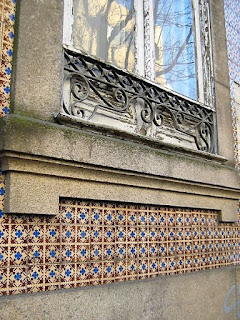 There are always the different shapes and colours of the tiles that makes a big difference, including on a grey street. 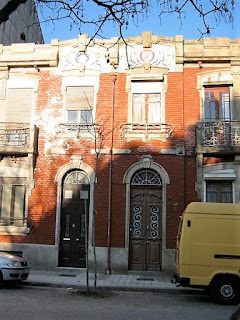 But maybe my big problem that considerably affected my overview of this city, was that took over by the hurry of checking as many places as possible within a short amount of time, I hardly connected with the human side of the city. Hardly spoke with people. Hardly had time for a long slow meal at a restaurant, where eventually someone will want to stop a bit longer to explain something about a food and a wine. 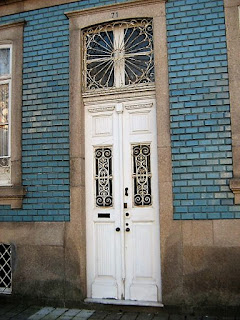 The doors were closed in the front of me, and no one was there to open them and show me some slices of local life. 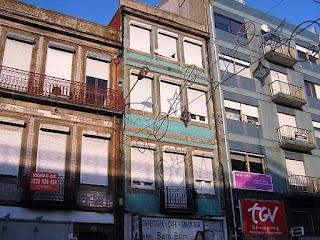 All I had to do was to watch the sun goes down and get back on the bus to Lisbon, where we had plan to spend the NYE.

The first day of the New Year was booked for a place I wanted to visit since my old university years: Coimbra, the place of one of the oldest universities in the world, founded in 1290. 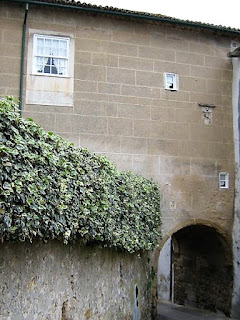 As I was studying history of mentalities in Europe in the Middle Ages and beyond, Coimbra resonated as one of the centers of knowledge on the continent. Students from all over Europe were coming here to learn about the world and its secrets. Until the beginning of the 20th century, it was also the only Portuguese-speaking university in the world, which conferes to this university a special place in the building of the local cultural and intellectual identity. 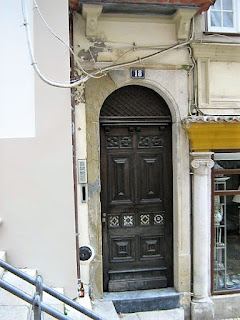 Coimbra was also the place where the first kings of Portugal had taken up residence. A proof of the illustrious presence are the many monasteries, some of them hosting the tombs of those kings. Nowadays though, Coimbra is a place of silence, and for the first day of the year, we were the only tourists crossing the small historical courtyards and walking the cobblestoned streets. 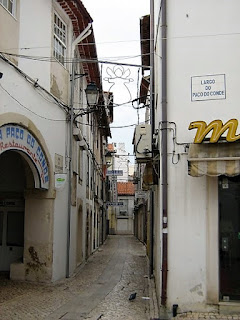 It was raining in Coimbra and the streets were empty. The university was closed therefore we couldn't enter it and eventually visit the impressive collection of old books. But we had the chance of seeing this place, walk its streets and be alive in one of Europe's intellectual centers. 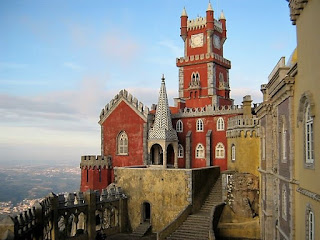 My love for castles and palaces is before moving to Germany with its rich collection of majestic buildings. Sintra castle is one of a kind, whose colours and unusual shapes and constructions are made famouos by the Instagram community right now. Before, when I booked my less than 30 minutes trip to it, I hardly had in mind what to expect. 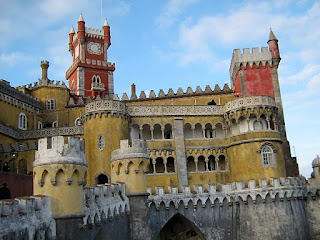 I loved being surprised by all the small details of the Moorish style palace, included on the list of UNESCO World Heritage sites. 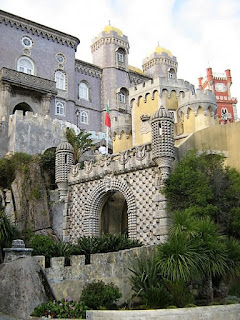 Every angle shows a different - more beautiful perspective - that challenges completely the overview. You can either visit the many rooms or just to roam outside, which is recommended especially during the warm sunny days. 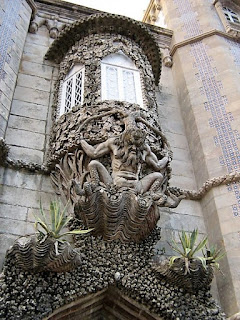 I was definitely happy that I spent there one full day, taking a slow tour around the premises and trying to understand every single symbol and history of this place that was the residence of the Portuguese Kings more or less continously between the 15th and 19th century. 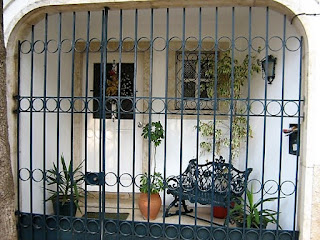 Coimbra was our last stop in Portugal for this trip. The last and the most surprising, displaying an overwhelming mix of influences and histories that are waiting for a next exploration for understanding and revealing more of this small but full of surprises country.

As I am writing it down, a couple of NYE's after my first trip, I started to dream about coming back, eventually for improving my Portuguese too! I wish as soon as possible!