After I visit a city more than once, I like to get lost on the streets and let myself surprised by new corners that are not necessarily in my 'books'. It happened recently with the Royal Opera Arcade in London. 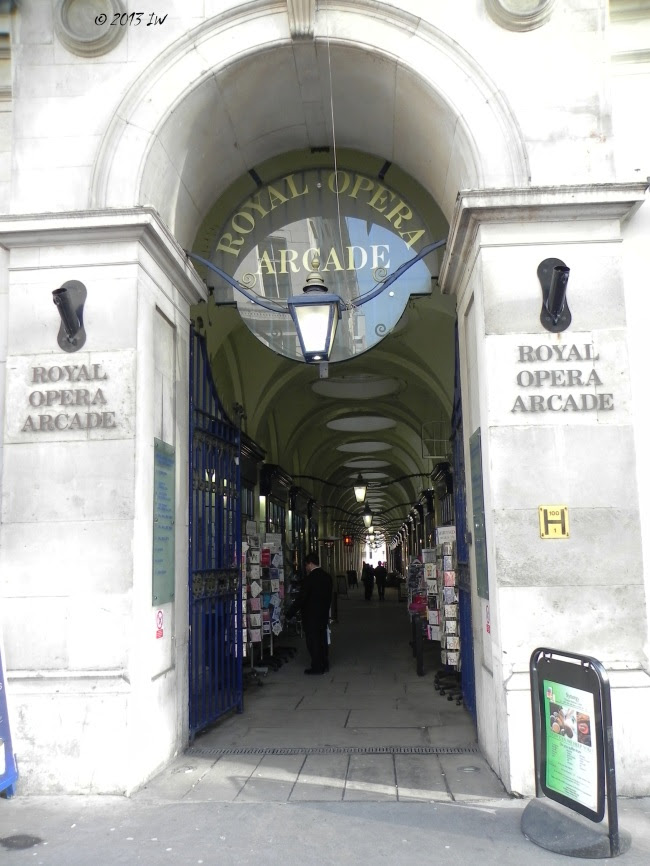 Situated between Haymarket and Lower Regent Street, it is the first arcade of London, inaugurated in 1818. It is considered one of the first works of Sir John Nash, the mind behind many modern constructions of the city, such as Regent Street or the Marble Arch. It survived dereliction, blitz and fire. 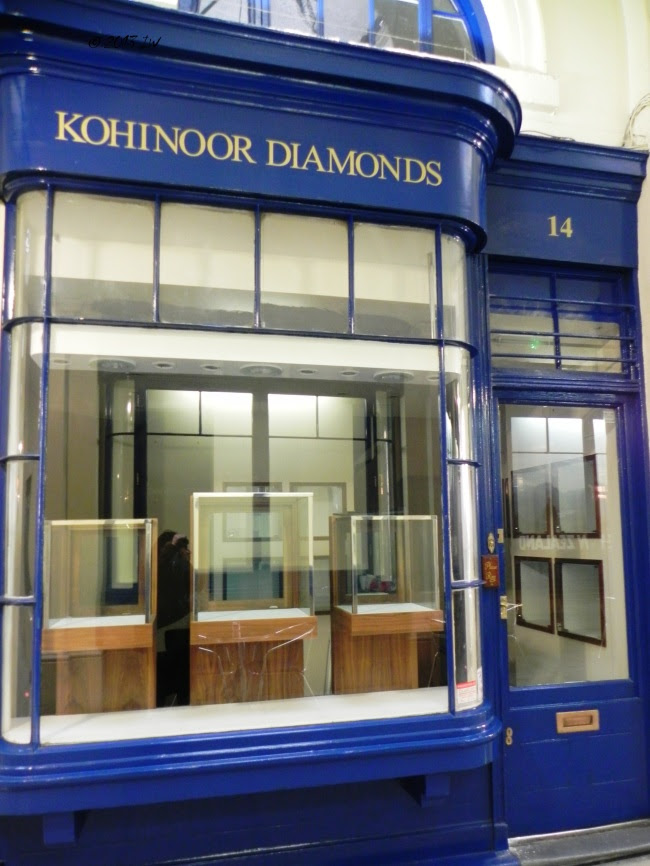 Shortly after the war, the Government of New Zealand leased the site and built what is still today the New Zealand House. Nowadays, the Arcade hosts also a couple of art galleries, a flower shop or a Koh-i-Noor Diamonds representation. The entrances leading into the theatre from the arcade are no more, but the shops with the bow-fronted windows, as in the initial plans of Nash, are still maintained. 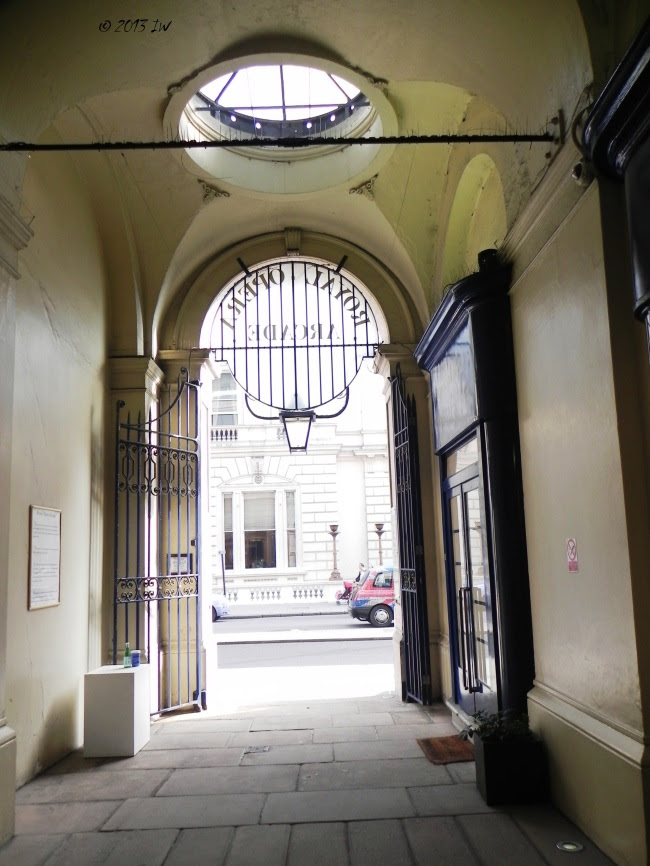 The Royal Opera Arcade is situated very close to Trafalgar Square, and to a lot of traditional centers dedicated to the arts, such as Christie's Royal Academy of Arts or the National Gallery.
Posted by Ilana WD at 1:38 AM