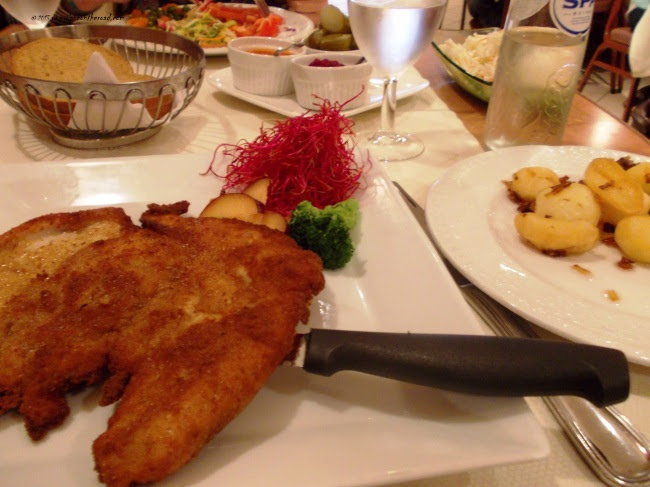 Part of the excitement of going to Antwerp was that I will be able again to go to a restaurant and eat some good meat-based meals. The city has a strong Jewish community and besides the small Judaica bookstores and grocery stores I wanted to check for some special shopping, I had high expectations about the kosher gourmet side of the city. More than once, I was worried that I will not have too much time for a proper exploration of what I was dreaming to find: at least one Indian, one Chinese and one good Israeli food restaurants should be there for sure, waiting for some fair reviews. Familiar with the diversity of Golders Green restaurants, I didn't have a single doubt that the reality could be different.
Shortly after arrival, I refused to ask any reference about the eating out options and went to discover on my own the foodie part of the Jewish area. I was out shortly before 10pm and there were no shops or restaurants open. One hour later, the long hours of walking in Amsterdam the day and morning before paid their price and I gave up and returned for a healthy sleep.
The next day, I decided to be more cautious and asked friends and acquaintances where can I have a good kosher meal. 'At Hoffy's, where else!' I was told and this was also the answer provided by my 'Google' search. Intrigued where are the big or small kosher restaurants in Antwerp, I was explained that people prefer rather to eat at home. Or they can go to London in the morning and arrive 4 hours later, just in time for the lunch, I was thinking.
Without any expectations, we arrived to Hoffy's ready to be surprised! The big surprise was that I felt like entering a home filled with a lot of heimishe delicacies. The only difference was that I was not at home and I had to chose among more meals than I can usually can cook for 2-3 days. Stuffed cabbage with minced veal that I hated so much as a kid but longing for from time to time now, big portions of grilled schnitzel, kneidelach (matzo ball), liver with onion that reminded me of the tensed moments at home when my mother gave up convincing me to taste at least a little bit, my favourite gefilte fish, latkes (I would like to keep them only for Hanukkah), light pink salmon or the compote and apple kigel .
You order your food at the counter and it will be brought to you in around 10-15 minutes. After a couple of minutes of thinking, I decided to order a big schnitzel (I was tempted by the salmon, but this is something I can easily prepare on my own), with some veggies and a coleslaw. The portion was so big that I could not indulge a compote. I had my dessert a bit later after more walking, a delicious big apple strudel from a kosher bakery in the neighbourhood. 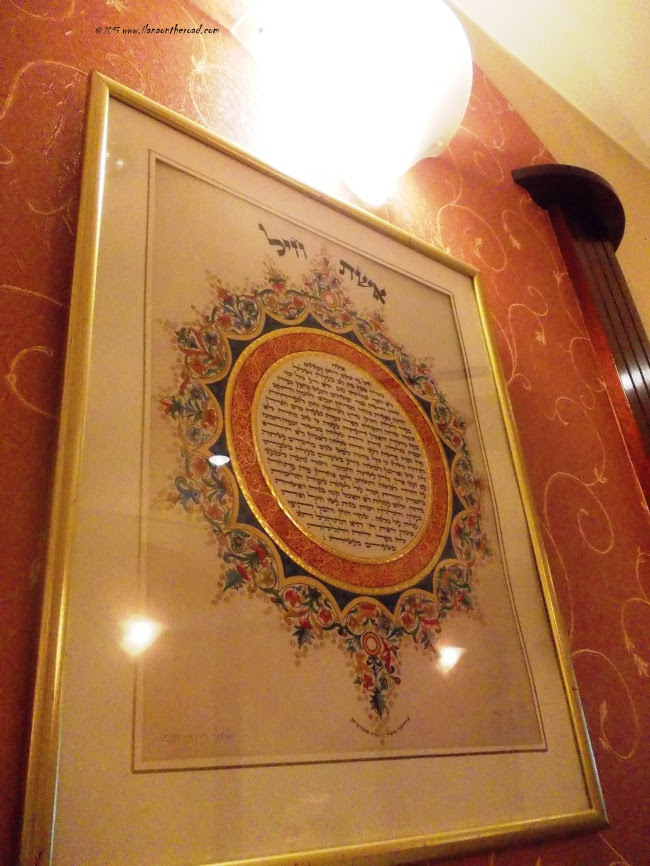 After leaving Antwerp and sharing my experiences about Hoffy's all my friends were unanimous in appreciating their food and service. The ambiance is very pleasant, with fine Jewish writing on the walls, and a quiet background music. During my 2-hour stay I saw different types of customers, not only tourists, all enjoying the food and always being politely asked if everything is fine or if they want something more. A family business, they are open since 19
As everything in this city, the prices can be unusual, but the food is so good that only my physical limits stopped me to eat more. Even though I was exclusively interested in tasting more meat, there are plenty of vegetarian options as well. The menu also has a fine selection of wines that I promise to taste the next time.
A short coffee ended up my culinary adventure in Antwerp. I did not expect to find such a delicious piece of home here, but the reality can be much better than my extravagant dreams.
Posted by Ilana WD at 1:10 AM