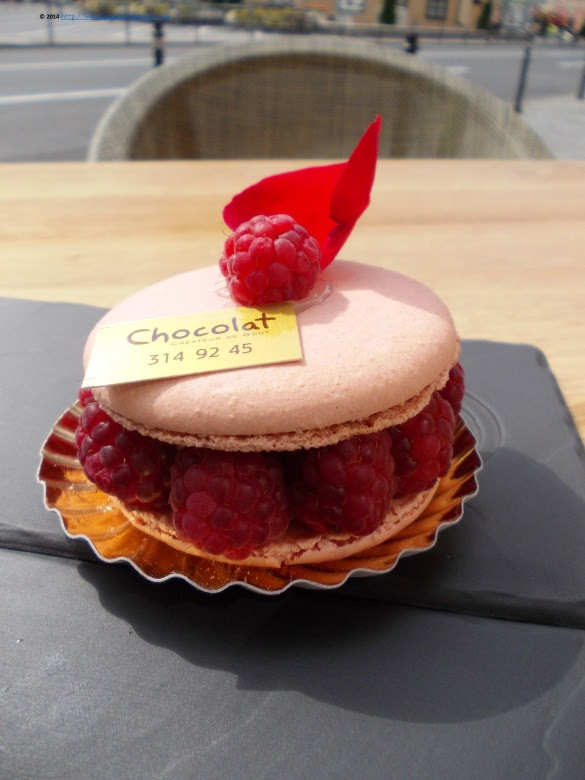 With so many activities and walking and hiking, plus the fresh air that always encouraged my appetite, Brasov called my name with a lot of foodie temptations. From classical Romanian restaurants with Transylvanian specific menus - it means a lot of red chilli pepper - to Chinese and German inspired cuisine, this city has a lot of interesting offers for the curious food lovers. Depends what you are in the mood for. One day, for instance, I wanted some gourmet chocolate and paid a visit to the newly opened Chocolat,  branded smartly as a 'boutique-restaurant'. My Ispahan - fresh raspberry mousse, macaron, raspberry again, dulce de leche and a beautiful rose petal on the top brought a fountain of sweetness and fine sugar into my palate. Perfumed, crunchy elegant, with the surprising cold leche in the middle was unforgettable and one of the top foodie experience of the summer. Chocolat, the subsidiary of a similar but richer in offer restaurant in Bucharest, also  has vegan chocolate and a delicious black coffee - to be tasted with a teaspoon of brown sugar. 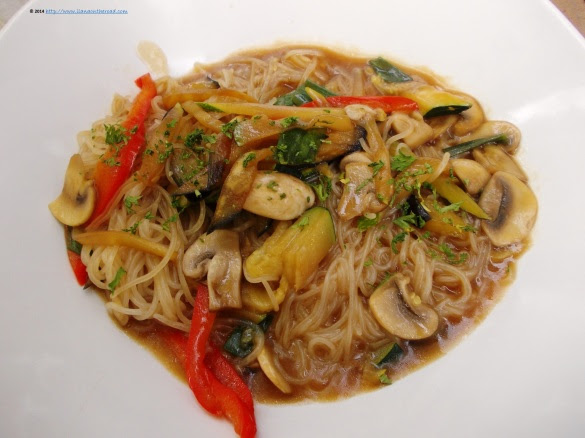 Some other day, I wanted to have my first Singaporean noodles, at the restaurant on Appollonia Hirscher Street no. 2. The street is close to the central Piata Sfatului, the main tourist area, where are situated restaurants and bars, many of them offered at a good price with moderately English speaking waiters. The service was hectic and very slow and not necessarily friendly, although I was speaking the language, but at the end, I was brought my rice noodles with veggies, ginger, lemon grass. Too watery and unexpected sweet and not necessarily with a special taste, but a good combination after all. 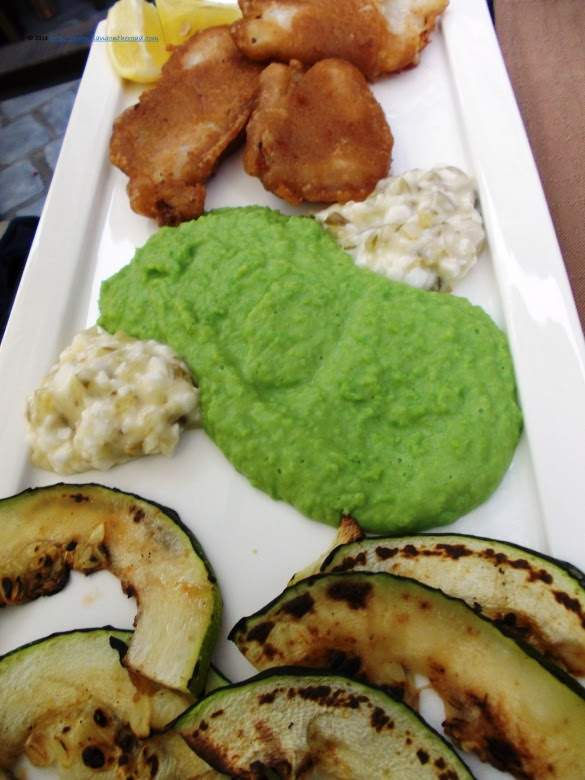 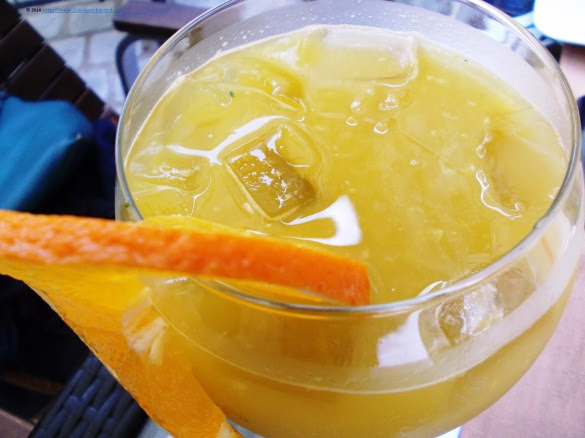 I was luckier with the cocktail too, the honeymoon fresh combination of orange juice, apple, lime and maple syrup. I didn't feel too much apple, but it was a good choice for the late summer hot evening. 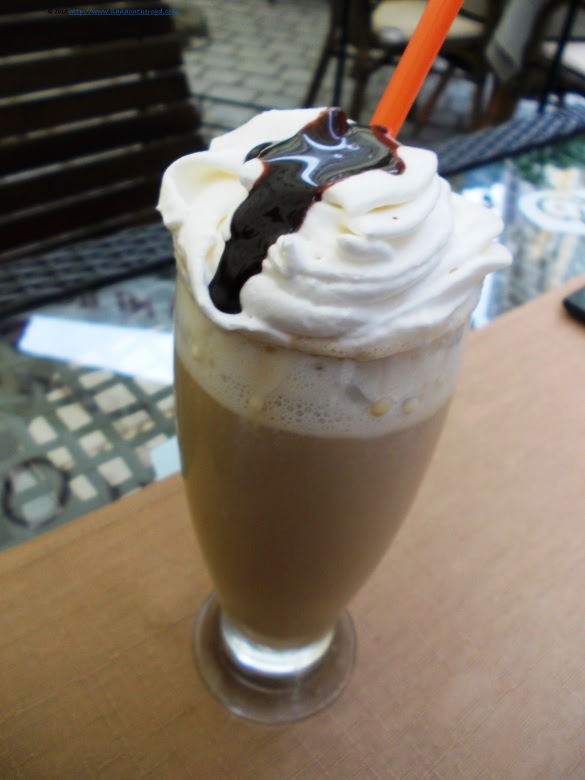 I could not resist to not have a coffee too, a creme brulée made of double espresso, caramel and milk. Brought hot was a contrast with the previous non-alcoholic cocktail, but brought me at the normal body temperature. Very sweet but still strong enough. 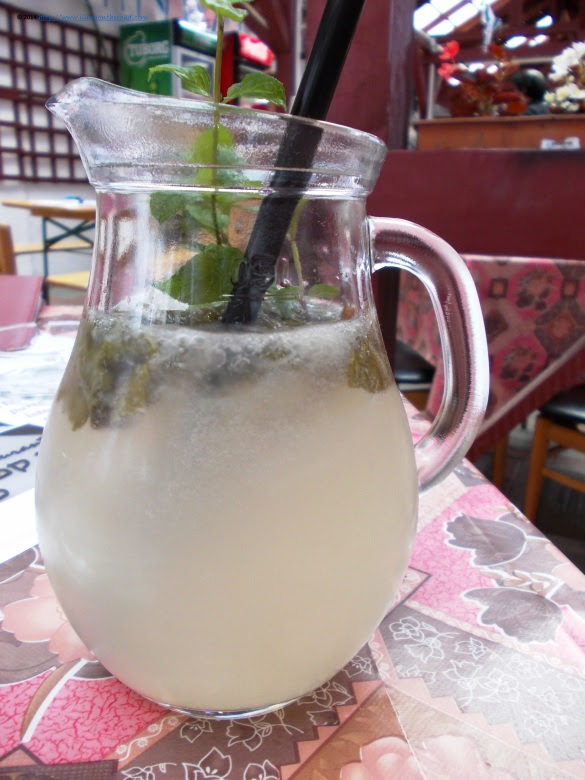 In the yard of the recently renovated synagogue from Poarta Schei no. 27, there was open a kosher restaurant, a perfect choice for an outdoor meal during the summer. It's a small friendly place, with nice young people and a lot of traditional foods cooked according to the kosher style (those careful about the highest level of glatt - strictest kosher standards - should request, of course, detailed information from the knowledgeable rabbinical authority). The huge lemonade, that reminded me of the lemonade I cannot have enough in Israel was brought and my day was looking much better. 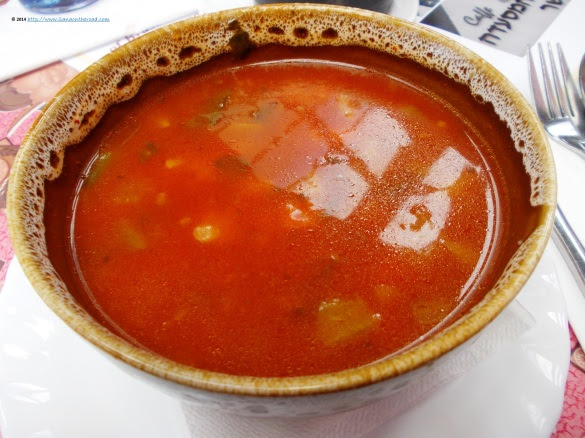 The cycle of memories continued with the tasty beef meatballs soup - the Romanian ciorba de perișoare - with a lot of veggies and the exact quality of salt to make it tasty which reminded me of childhood and home-made food. 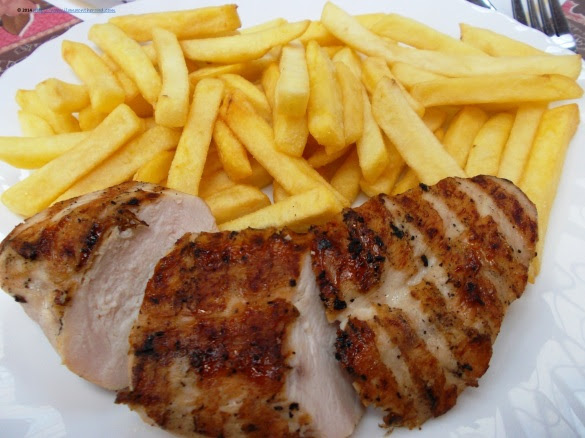 I continued with a well done steak with French fries, as simple and tasty as possible. 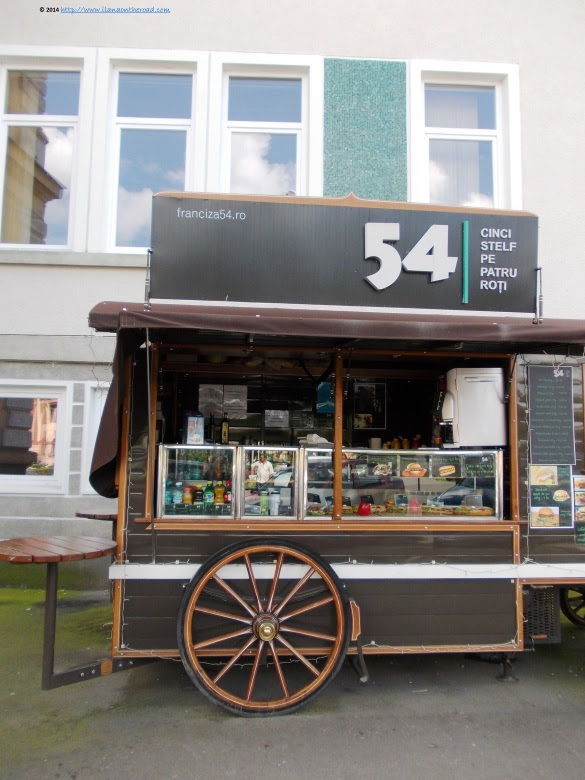 As everywhere in Eastern Europe, expect to find a lot of street counters too, selling various traditional pastry and pretzels - covrigi - as well as Turkish-inspired foods as kebap and falafel. 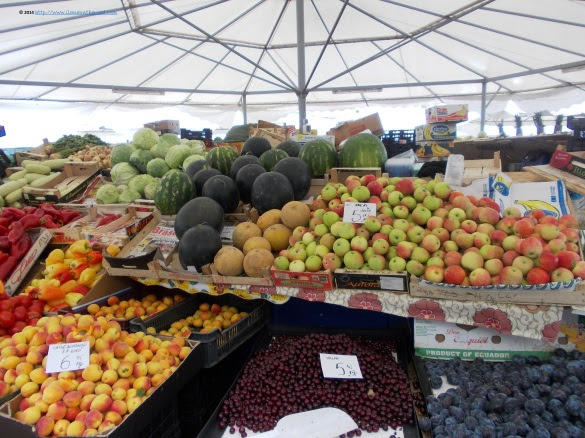 One of my favourite places by far was the farmer's market near Star shop, not only for the delicious fruits - was finally was able to have enough cherries without thwarting my careful financial planning for the month - but also for the social interaction. Once you enter this space, expect to be called by one vendor or another to buy rather for them, at a better, sometimes negotiable price. It goes for flowers and everything else sold there. 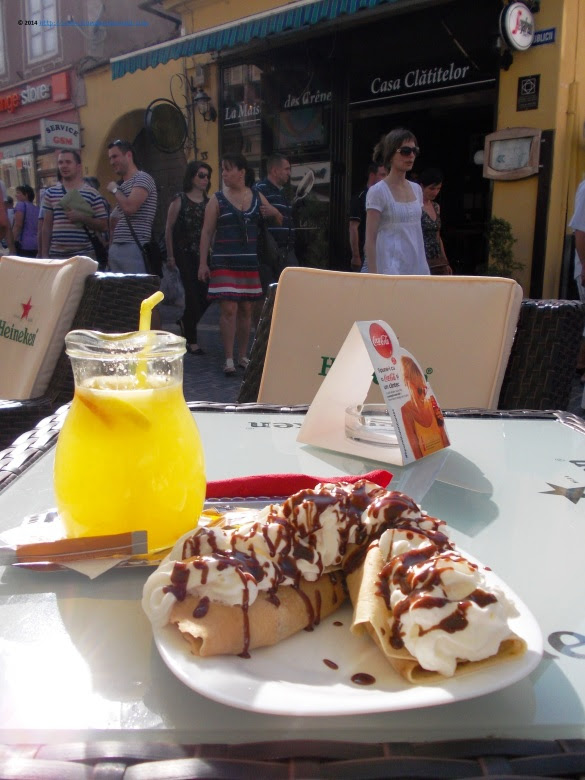 Shortly upon arrival, I was more than once recommended to have at least one stop at a famous local crepe store - The House of Crepes/Casa Clătitelor. I was not too delighted with the service - seriously, it's such a pity that people look and behave so unhappy when they serve you - but some unhappy minutes put aside, I fully enjoyed my fatty crepes: banana filled, with a lot of whipped cream and caramel on the top, accompanied by a fresh lemonade. The indoor space is quite dark but outdoors it's best also because it is situated on a central street and, together with some bunch of teenagers that were spending some hours here, I did some serious street watching. Me, of course, for the noble aim of travel writing.
Brasov was my best foodie stop during my trip to Romania and was glad that I discover some new full flavoured corners of the city. This is how the good travel memories are always kept tasty.
Posted by Ilana WD at 10:53 PM