Compared to London or other big cities, Berlin doesn't have a proper Chinatown, hence it lacks the glamour and gay celebrations usually organised on the occasion of the Chinese New Year. What is almost similar to an usual Chinatown is in the port of Hamburg - a twin city of Shanghai - , where the traditional St. Pauli headquarters of the Chinese community were reestablished in 2001.
The Year of the Rooster starting tomorrow will be welcomed with fireworks - to keep away the bad spirits - and generous meals, during almost three weeks of celebrations ending with the Lantern Festival.
Although Berlin has modest options in this respect, I tried to find out what and where you can celebrate the Chinese New Year. 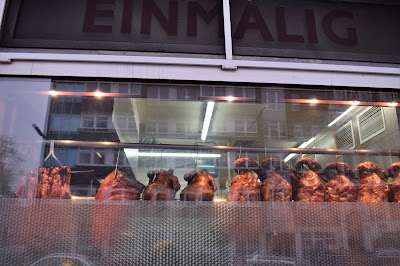 Some consider Kantstraße in the Wilmersdorf-Charlottenburg borough the best place to find the top Chinese restaurants in town. This is true for Asian food in general, with a long line of Thai and Vietnamese and Taiwanese restaurants waiting to offer to both the locals and tourists the best of their cuisine from home. The best foodie destinations for the Chinese New Year are Aroma, at nr. 35, a relatively quiet place with many hidden tasty gems, and Selig, at nr. 51, with the various noodles and duck dishes. For a traditional Chinese ambiance and a rich menu to share with friends and relatives, Good Friends, at Kanstraße 30 is inviting the guests at their round tables and offers of sharing as much portions of Cantonese and Chinese cuisine as one can possibly eat.
At all restaurants, vegetarian choices are not only possible, but quite generous, going beyond the usual salads, veggie spring rolls or rice. 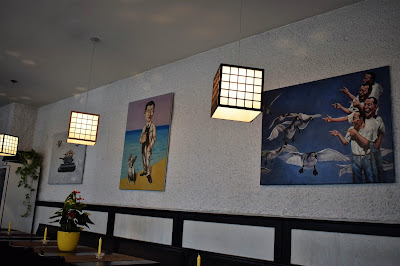 But there is more from the Chinese cuisine in Wilmersdorf-Charlottenburg. For instance, the relatively discrete Hot Spot at Eisenzahnstraße 66, strongly recommended by the foodie experts. I visited the place a couple of days ago, and was pleased by the nice ambiance, created also by the traditional music background, and the very fast and friendly service. 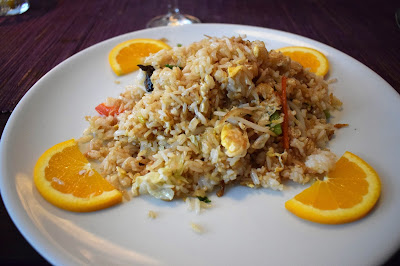 I ordered a dish of tofu prepared according to the Shuzhou art, with cold slices of marinated tofu in a sour sweet - more sweet - sauce - accompanied by some finely minced slices of yellow fresh pepper. I continued with a traditional egg rice with veggies that was accompanied by slices of fresh oranges. The Chinese cuisine, in general, praises a lot the fresh vegetables which, compared to the Western one, are usually served in their natural state, without being fried or boiled. I remember how surprised a Chinese acquaintance of mine was when faced with the choice of ordering vegetables she discovered at the Swedish buffet that all of them were in fact boiled or fried.
Hot Spot also has an impressive selection of wines, that can be easily matched with the food. My experience was very good and I am happy that I finally had the chance to visit this remarkable establishment that suits very well big family celebrations. 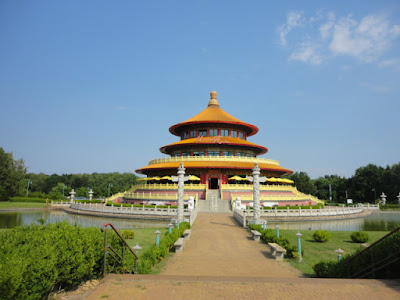 Two years ago, I accidentally discovered an impressive restaurant situated in Hohen Neuendorf - which is almost out of Berlin, in the Northern part, close to Oranienburg: Himmelspagode. Besides the impressive interior design setting and the outdoors views over the lake in the summer, it also has a huge selection of Chinese and Asian foods and beverages. 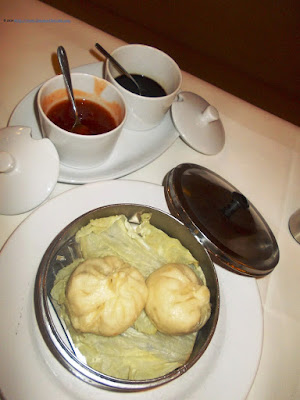 For an even more elegant experience - if the choices mentioned above were not enough - The Lychee restaurant, on Bayerischestraße 9, offers both an exquisite ambiance and fine dishes. I particularly loved how traditional meals were given a gourmet touch. 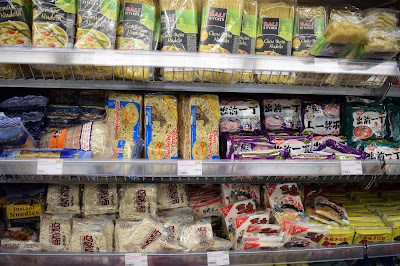 If you plan to make your own Chinese meal at home, you have enough choices for at least three weeks of generous feast. Asien Supermarkets have impressive offers that can confuse someone not sure what he or she is looking for, starting with hundreds of sorts of noodles or tofu, as well as spices, rice and almost everything you need to for a successful recipe of the Asian cuisine.
In the Eastern part of the city, at Herzbergstraße 128-139, there is the Dong Xuan center, called by some the 'Berlin Chinatown', a label which I do not necessarily share. If you are looking for some street food - yes, food again, but as in the case of many other New Year traditions, the Chinese Spring Festival should be celebrated with a lot of it, as it may guarantee prosperity - and a lot of too cheap shopping deals, paying a visit there, particularly during the weekend, can be an interesting move. 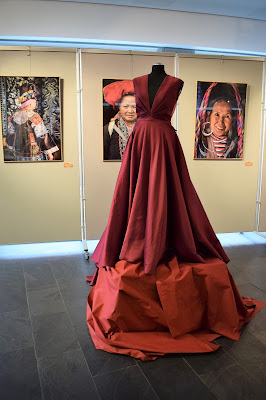 There is even more to do on this festive occasion. For instance, the Chinese Cultural Center offers in the next weeks an interesting small exhibition featuring local fashion and pictures of ethnic minorities, as well as a corner dedicated to the tea culture in China. The Center offers interesting classes to to those interested to learn more about the culture and civilization - I took myself a class in calligraphy a couple of years ago - as well as language courses.
Earlier this month, the Arkaden super store in Potsdamer Platz - where the Chinese fast food restaurant is pretty good - hosted two days of live dances and cultural happenings, and the Red City Hall in Alexanderplatz organised a special party for the Spring Festival. This Sunday, the celebrations continue with a party hosted at the Reinickendorf City Hall, starting from 12.00. The entrance fee is 3 EUR. 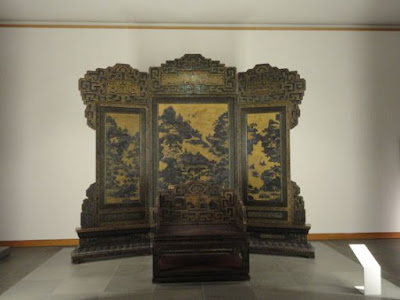 Last but not least, the admirers of Chinese culture and civilizations have the chance to get interesting insights at the Ethnologisches Museum in Dahlem.
Maybe Berlin doesn't have weeks-long celebrations for the Chinese New Year, but it has a couple of good quality options worth a serious considerations.

Happy Year of the Rooster!
Posted by Ilana WD at 12:27 AM