How to Spend some Lovely Hours in Mulhouse

As Strasbourg was during our weekend trip to Colmar busy with the funerals of the late chancellor Helmut Kohl, the 'father' of German unification, Mulhouse was the best option at hand for a short-term trip. With the French SNCF - looking as nothing happened in France in terms of trains design since the 1980s -  we arrived to Mulhouse in 19 minutes. The one way ride costs 8.70 EUR. The short train journey leads through beautiful landscape dotted by green covered mountains. Situated so close from both Germany and Switzerland, it seems it took the best from the two worlds. 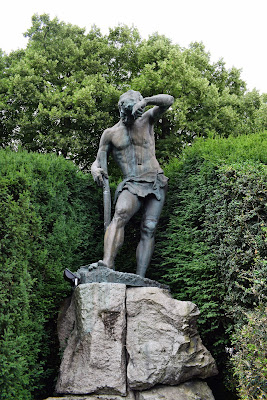 With only a couple of hours to kill, and apparently too many attractions, a short selection should be made. There will be no museums - there is a trains museum, and an automobile museum and one of electricity and another of printed textile. From the train station, we walk until Tivoli Park, where a statue of a hard worker accompanied about a quote about the importance of work reminds me that Mulhouse is basically an industrial city, also called the 'French Manchester'. 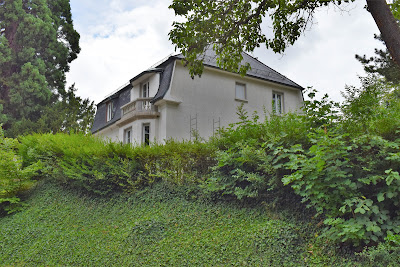 We walk on very narrow streets with houses hiding up on hills surrounded by luxuriant green yards. 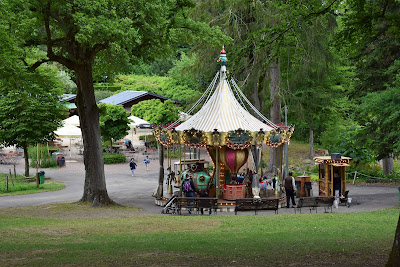 Nearby, we pass near a loudy family celebration, with kids and their parents playing together and barbecuing. I am tempted to join the party, but we are here for a reason: to visit the famous Mulhouse Zoo, which we finally reach after more than 30 minutes of walking. Besides the various animals hosted here, among which white bears and very funny and ready to play lemurs, there is also a small park with carousels and a large area out of the 25 ha to be used just for running around in the middle of the nature. 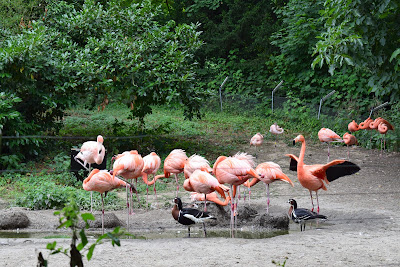 The Zoo park is impressive, and it also includes a botanical garden, which makes the visit even more colourful, especially when the summer flowers are in full bloom. 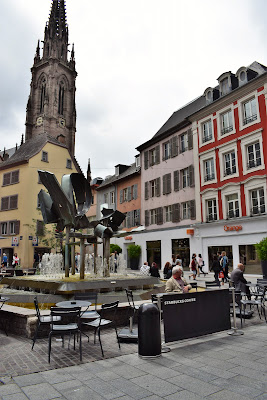 Back on the beaten road, we are heading to the central area, with a short stop at Rue du Sauvage, where most shops and trade are concentrated. 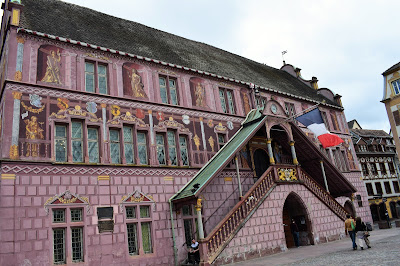 So charmed by the German city halls, I forgot about the majestic presence of their French equivalent. L'Hotel de Ville in Mulhouse is one of a kind, with historical and mythological episodes painted on the walls. 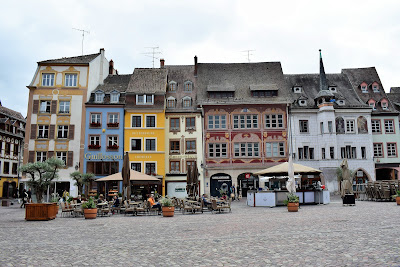 The area around is even more attractive, with rows of colourful houses with outdoors restaurants and coffee houses with best observation points over the entire plaza. 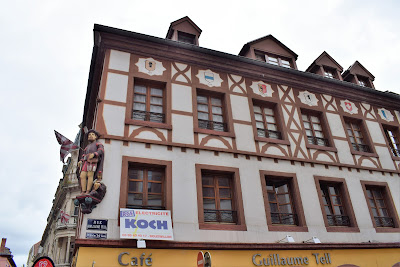 We continue to move around the main square, on the streets bordered by half-timbered and painted houses, with historical characters glued on the corner, which seems to overlook the place until far away, a guarantee that things are under control. 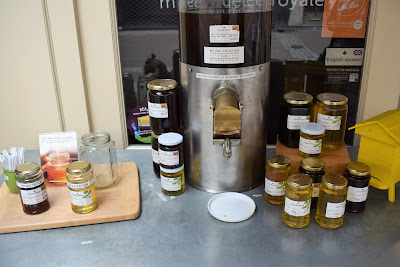 Running out of time, we don't plan to have a long meal, but at least we can have a little taste of some local honey produced by a family company on the market since 1921: Famille Mary. Each of them has a natural moderate sweetness and a very strong flowerly fragrance. 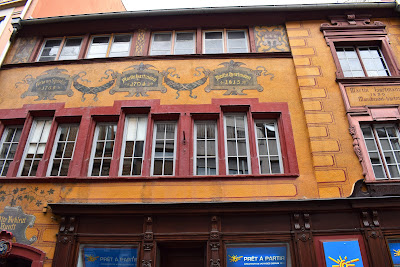 There is a certain freedom I like to offer myself once in a while when I travel: wandering the streets, without a certain agenda, just to enjoy walking in a strange town, smiling at people I will never see again. Happy too that my travels brought me to beautiful places, with surprising histories and generously sharing to everyone - me included - their beauty and uniqueness. 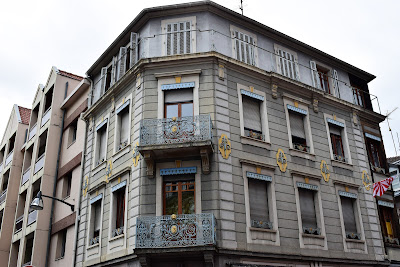 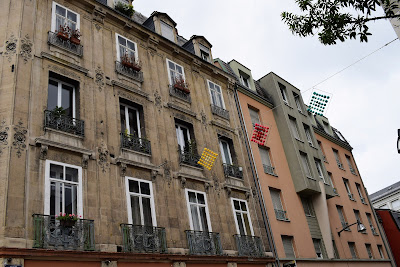 The serious mood is broken by some funny pom-poms hanging around Rue de Mittelbach. Is like you use the street as your private creative workshop. Not a bad idea at all. 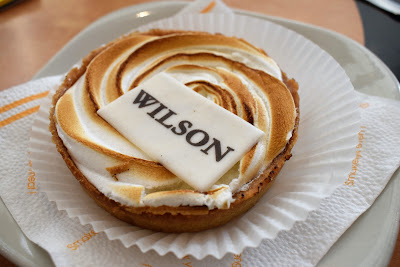 Our time in Mulhouse was short enough to give us the taste for something more, the promise of coming back in the air. At Wilson, at the corner of Rue Henriette, we have a merengue lemon tart, a tasty reward for an afternoon very well spent.

For more inspiration, check the dedicated Pinterest board
Posted by Ilana WD at 1:10 AM