Many places are attractive for their extravaganza, spectacular history or impressive nature. You go there because everyone told you about or because the place is the star of the year travel magazines. Before going to Llandrindod Wells I did not have any idea what I can expect from that place and I gave up any expectations for an extraordinary Wales experience. This attitude helped me to get the best of my time there, enjoying every quarter of green grass I saw and the pleasure of sipping for hours the lovely smoothies from the Herb Garden Cafe. Nothing special happened during my stay, except the daily confrontation with some nasty but otherwise inoffensive bees that did not let us have the late breakfast outdoors. In such a quiet ambiance, I was able to discover a lot about the place, its people and its history. 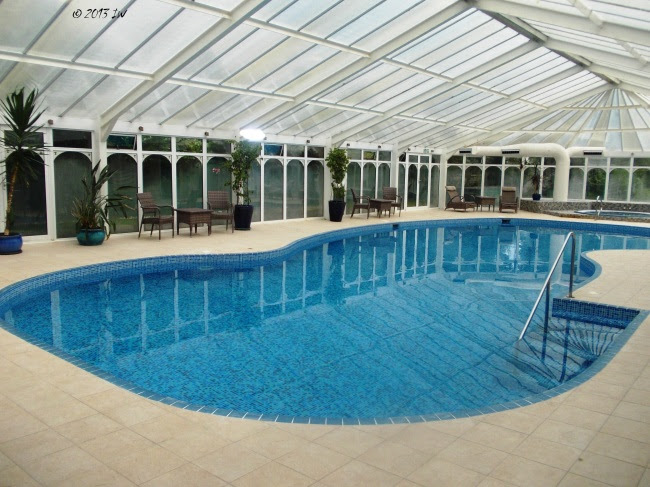 One of the main reasons for choosing Llandrindod Wells over any other place in Wales was because of the quality of their waters. Dr. Diedrick Wessel Linden, a German that studied in London but without being a doctor in the real sense of the word, visited the place in the second half of the 18th century and wrote a book about the quality of the water. That discovery determined at a great extent the development of the city in the next centuries. The highest moment of glory of Llandrindod was from the beginning of the 20th century till the 1920s. Most of the architecture and buildings are from that time, following the classical Victorian style: red bricks meet some half-timbered variations and a lot of arts and crafts decorated balconies. There are no yards and you can directly enter the houses from the street, through a small green area with colourful flowers.
The search for the spa ended up very shortly though. First stop was at the Metropole Hotel, where we were showed a beautiful swimming pool and some nice cozy colourful corners for a tea thereafter. Not exactly the spa with a medical treatments we were looking for, but a very good choice for anyone looking for some luxury experience. Not me this time. 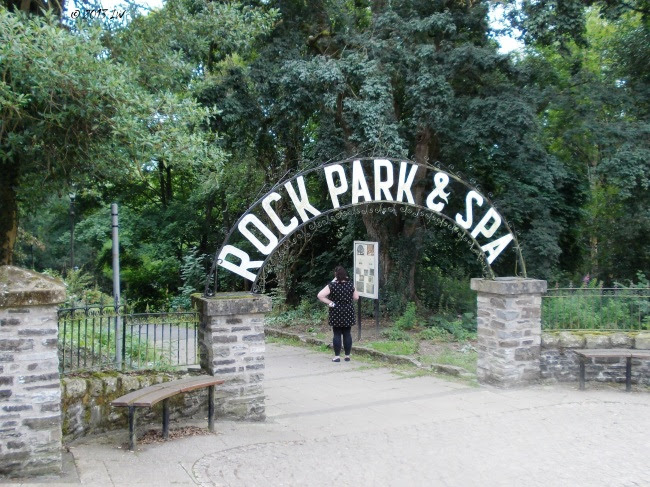 For a real medical spa experience, we were directed to Rock Park and Spa where a semantic clarification brought us back to earth: in traditional terms, spa refers to a treatment of drinking water high in minerals not to a glamorous massage and swimming experience. Do we want to try such an experience, why not try to drink some water from the river nearby? we were suggested, Interesting, we nodded and continued our slow walk in town thinking about maybe exploring some different wells in the neighbourhoods the next year. 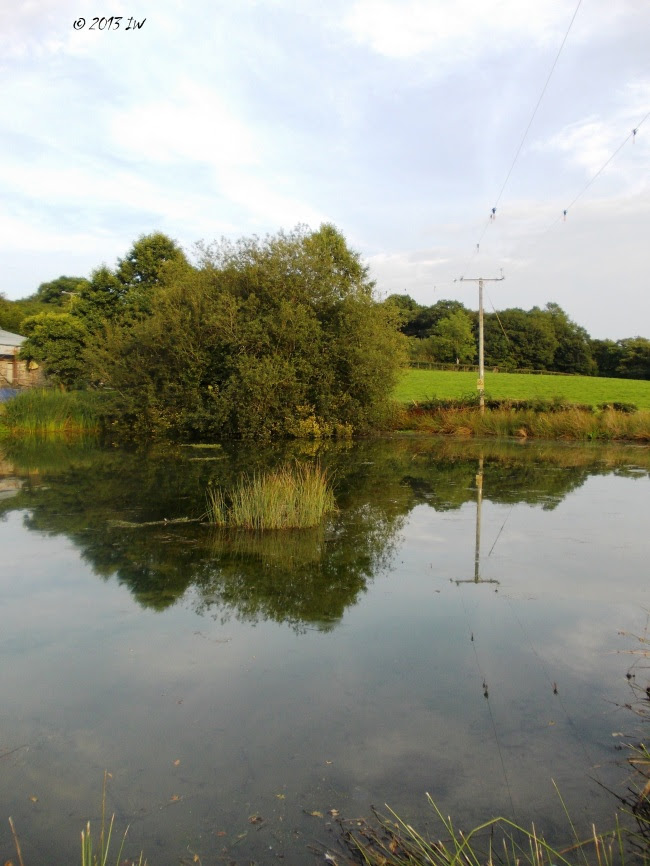 If you look with the London eyes, it seems like time stopped years ago here, but people are still around, enjoying their quiet and non-complicated life here. As a tourist or traveller, what can you do if you plan to stay there a couple of days? My first choice was to book a hotel in the center of the town, but somehow, as we need to change the arrival dates, I decided to move outside, at a lovely bed and breakfast hosted in a former farm. And I still congratulate myself for that decision. When we wanted to go in town, we needed to walk for about 30 minutes. The afternoons were spent usually exploring the hills around, making short trips, or resting near the lake and spending quality time discussing about books.
The morning were usually spent in town, visiting the small vintage shops, same with very crazy names - Junk'n Disorderly is my favorite. There are some little eateries too, including a kebab fast-food. A local swimming pool can be visited for some immersion into the local pool, but the program should be checked in advance at the Information Center as it is regularly used by the school children.
For the art and culture lovers, there is a bicycle museum and another museum of art and some tours of the local architecture wisely explained through various information points throughout the city. 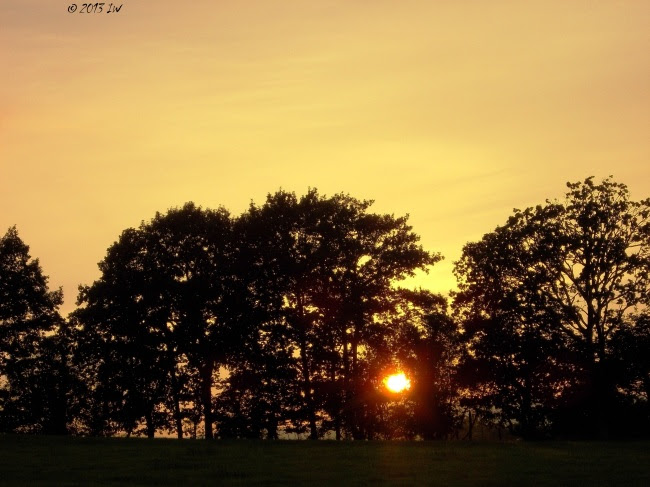 Unfortunately, during the winter, there is not too much to do, except horseback riding and some relaxing sleep and walks through the snow. The golden mine for directions and suggestions is the local information center, where an extremely nice volunteer lady gave me some information about what can be done on a normal summer day and the possibility to go skiing in the Elon Valley in the winter. Winters are harsh and may last around 4 full months.
Because the shopping opportunities are limited - there is a big TESCO and some clothes shops but nothing like a big shopping mall where to spend all your savings - don't expect to spend too much money during the stay. Everything you may need for an easy life is there. For some sophisticated, one can go to Cardiff or Birmingham or back to London. But most probably, after a couple of days, one will get easily used with the local pace. 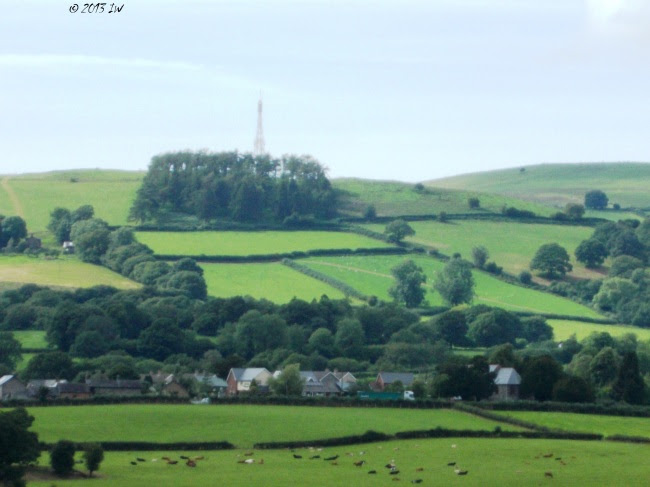 One of the most exciting events taking place in Llandrindod is the Victorian Festival, that ended one day before we arrived there. However, the genuine festival of natural beauty lasts more. With so much green and quietness around, no wonder that the people are so welcoming and talkative. As the place is so small that it is a high probability that you can meet a person twice a sunny day and after a third encounter he or she is already your acquaintance. You meet someone while walking the hills, you need to greet and answer the greetings. You are no more lost in the anonymity of big numbers of the big cities. You are singled out as not a local, but welcomed as a friend. 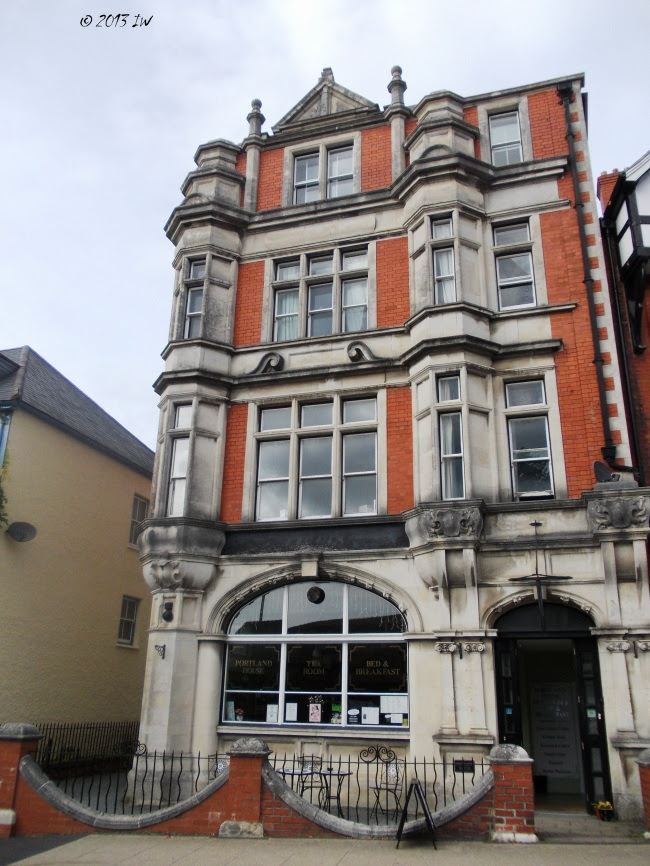 In a couple of hours you may be done with a complete sightseeing of Llandrindod, with the details of the history and architecture included. The most interesting buildings are those hosting banks or hotels - white stone and some delicate decorations - compared to the rest of the buildings preponderantly made of red bricks. For the sake of diversity, and keen to see almost every corner of Llandrindod, one day before leaving, we took a small walking trip to the lake and the golf place. We were too late for improving our golf skills, an entertainment offered to the locals since 1902. We enjoyed a round tour of the lake that has a spectacular metal construction in the middle called 'fantastic animals'. Maybe the artists who made it wanted some artistic reply to Loch Ness, but we did not feel afraid. We shared some crumbs of bread with the gracious ducks and swans, had a sandwich on a bank - as the local coffee was closed after 6pm - and returned back to the hotel.
Fully relaxed and with a lot of energy, despite the intensive walking, I left Llandrindod with only one big regret: I did not hear a full conversation in Welsh and except some inscriptions I spotted in the train, I fail to learn any word in that language. I already have something on my to-do-list for my next trip to Wales.
For more pictures, check my Pinterest board dedicated to Llandrindod Wells: http://www.pinterest.com/ilanaontheroad/llandrindod-wells-wales/
Posted by Ilana WD at 1:47 AM