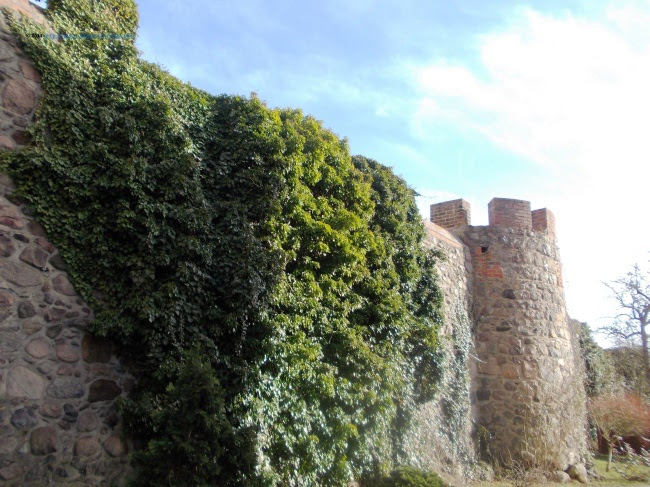 Give me a ray of light and some spring and you can hardly find me at home. As the winter was so mild winter this year, no wonder that I was on the road most part of the time, looking for more and more interesting places to write about. When I want to be spontaneous, I only have to look around Brandenburg and I have a one-day trip guaranteed. For the first serious spring day of the year, we took an almost 2-hour ride to Templin, also called 'the pearl of Uckermark' and the hometown of the German chancellor, Angela Merkel.
The ride was very pleasant, with a lot of green plains and deer running freely. Later on, my enthusiasm about the beauty of the countryside will be calmed down as I was told that the deer were not as free as I thought, but hosted at a farm till mature enough for being sold as meat. 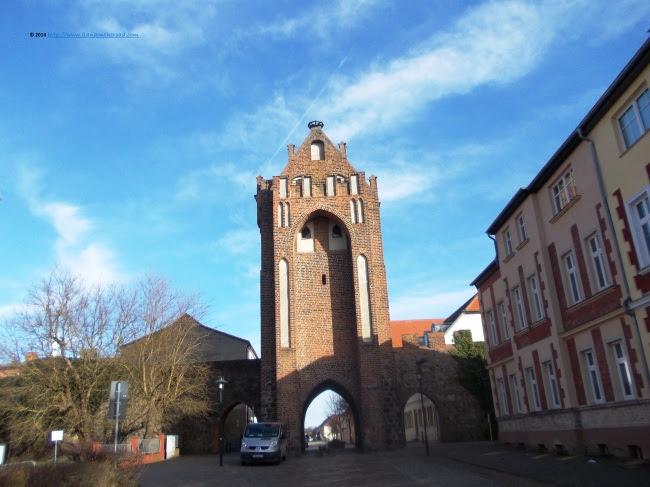 Templin developed in the 14th century as a middle age town and has the best preserved fortification system in the North of Germany. When we arrived there, around 11.30, everything was covered in quietness. Except some tourists, no one shown up before the second half of the day. 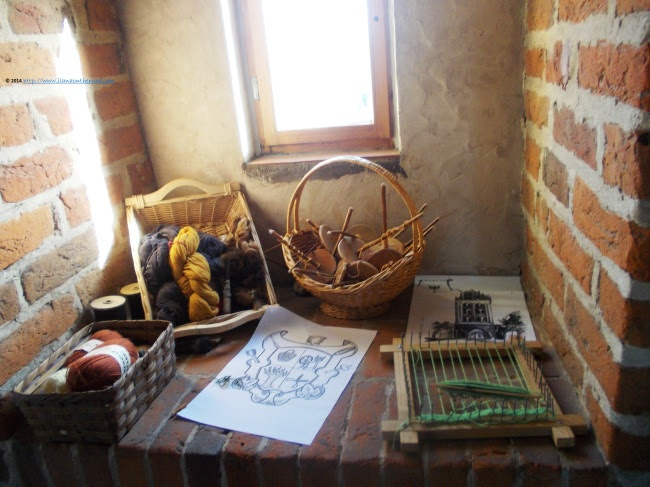 We visited the Berlin tower, where we watched a live display of local traditions performed by people of different ages living in Templin. The city has a strong rural component, that was kept despite the industrialisation. The home made baskets look interesting and so are the home made soaps, some of them following Middle Ages recipes, transmitted from a generation to another. As the family plays an important role in transmitting and keeping traditions live, we are told that the children from Templin are regularly invited for various workshops in the tower. 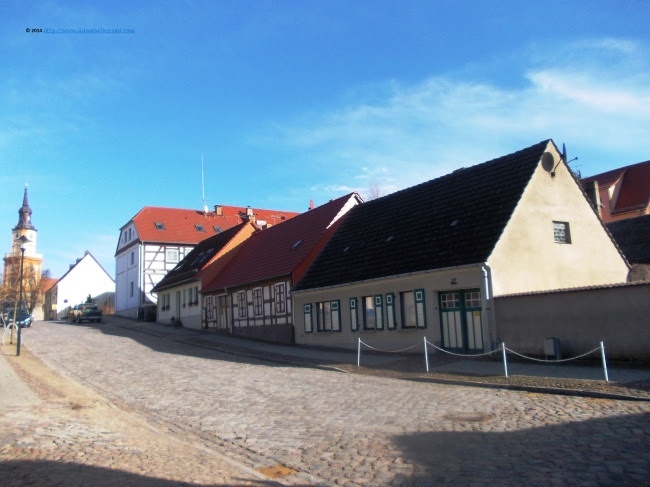 Outside in the sun, we walk for hours the cobblestoned streets, with houses lost in time. 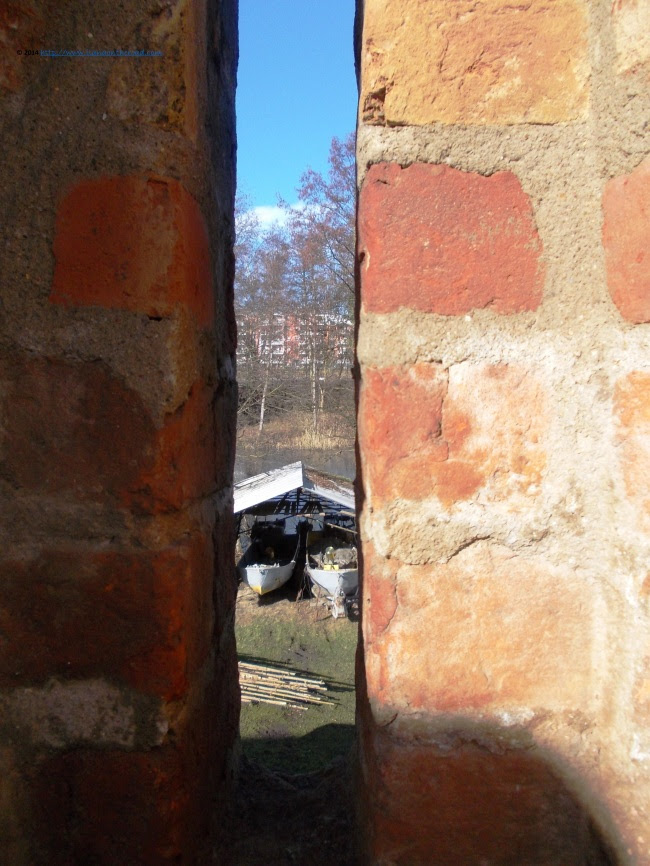 On the other side of the fortified walls, the boats are waiting the beginning of the fishing season. 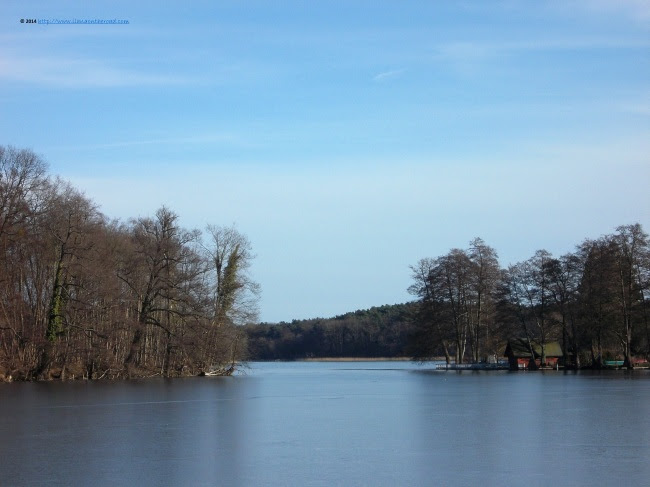 Till then, the lake is quiet and half frozen near the shore. 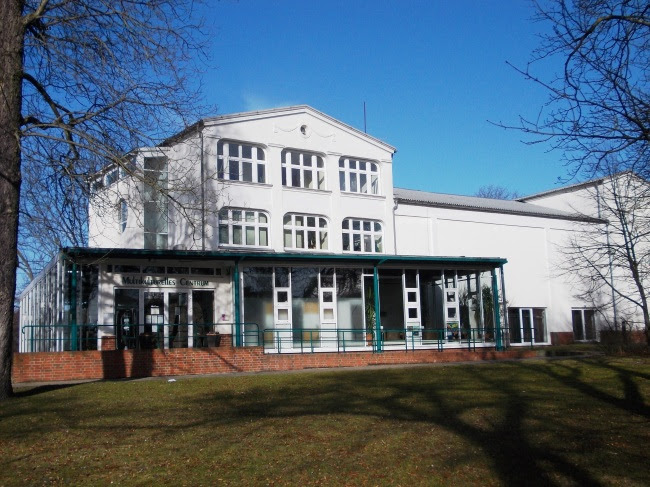 With such a quiet ambiance, we wonder what can be done if you are living in Templin. The main cultural activities are held at the Multicultural center, where movies and various shows are presented. Other cultural activities for tourists is a visit to the museum of local history, that was closed that Sunday. 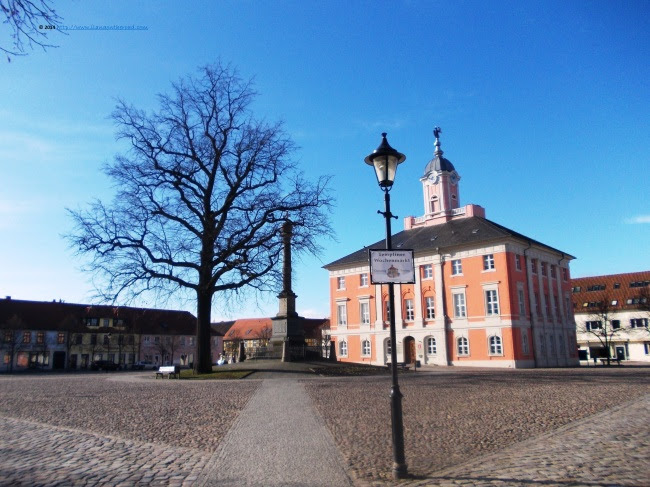 The main shops - mostly small ones, selling things of immediate necessity and home made products - and the few restaurants are concentrated in the area around the city hall, where regularly the weekly market is held too. 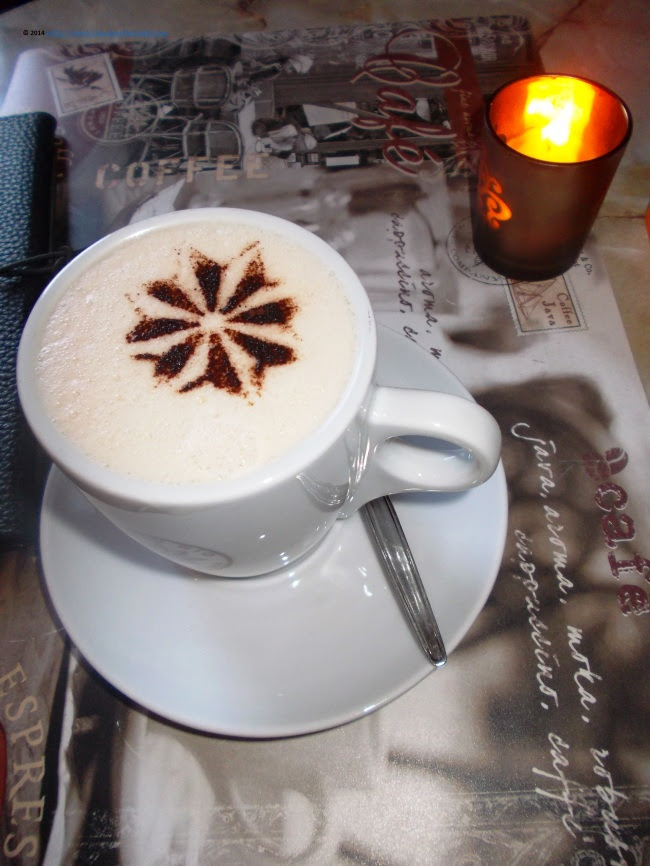 After so much walking and courageous plans to continue the hiking for another hours, we decided to have a stop and a coffee. Caught by the sound of French chansonettes, we entered Café Flammene, a small cozy place, with tables made up of sewing machines. The coffee is delicious and looking good and everything seems to be made with soul, including the waffles that we take as energy refuel. 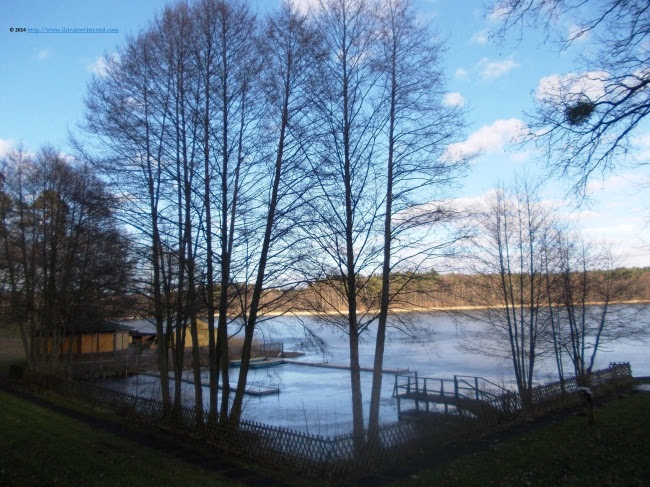 From now on nothing stops us from the adventures in the middle of the nature. The small forest is not green yet, but carefully cut to leave enough place to the different marked hiking trails. 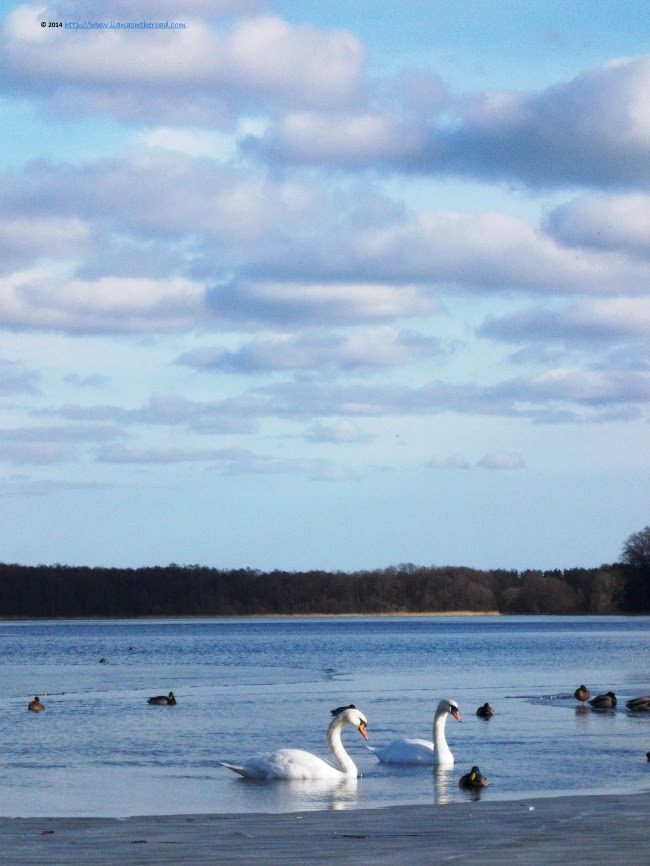 The frozen lake doesn't deter the swans and ducks to go further and enjoy the beginning of the spring. The ice helps keeping the dogs at a decent distance from the birds. 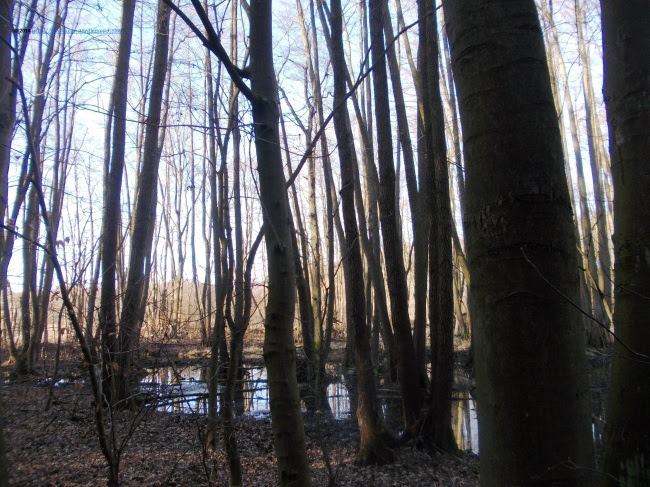 In the middle of the wild forest, everything is quiet and inspiring a round-up of the immediate priorities. We walk in silence, breathing deep the fresh air. With such a beginning of the spring, the next months look very optimistic.
For more insights about Templin Stadt, have a look at my dedicated Pinterest board: http://www.pinterest.com/ilanaontheroad/templin-stadt/
Posted by Ilana WD at 11:51 PM