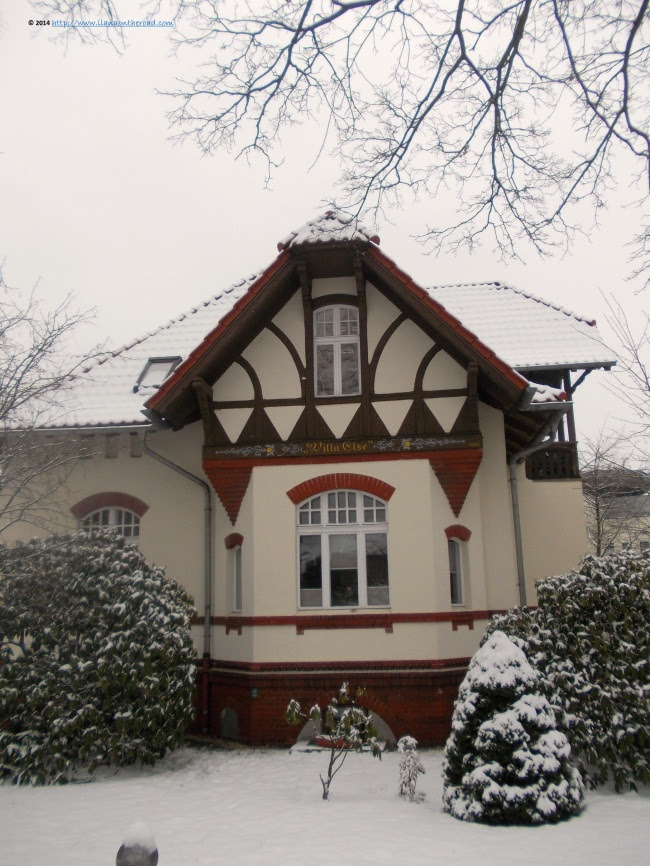 Until the snow reached couple of inches I couldn't believe the winter has a late come back, but despite this cruel reality, I refused to cancel my travel plans for discovering more places to include on my list of '100 Places to See in Germany'. Only a couple of towns away from the half of the project, I decided to be courageous and not give up my visit to Bad Belzig.
I arrived early in a cold morning, following a 45 minutes uneventful - i.e. no delays - train ride from Berlin. This rail connection is operated since the end of the 19th century, part of then Berlin-Metz route. Despite the cold, I prefer to not take the bus and discover the small city by foot. I go first direction Bahnhofstrasse, having a look at the tempting offers of holiday houses for rent. I take Karl Marx till the crossroad with Fr. Engels - I am in a respectable ex-DDR location after all. The hospital on Niemeckerstrasse looks as a spaceship and is quite big for a small locality. Back to the Bahnhof/Central Station, I follow for the Kunstwanderweg route, a local project aimed to integrate arts into the natural landscape. The museum dedicated to the literary and artistic works of Roger Loewig is closed, but I continue my wandering through the virgin snow. I enjoy my couple of moments of silence, breathing deep. But the cold doesn't encourage poetry and I need to move, Solitary dog walkers are the only human presences around. 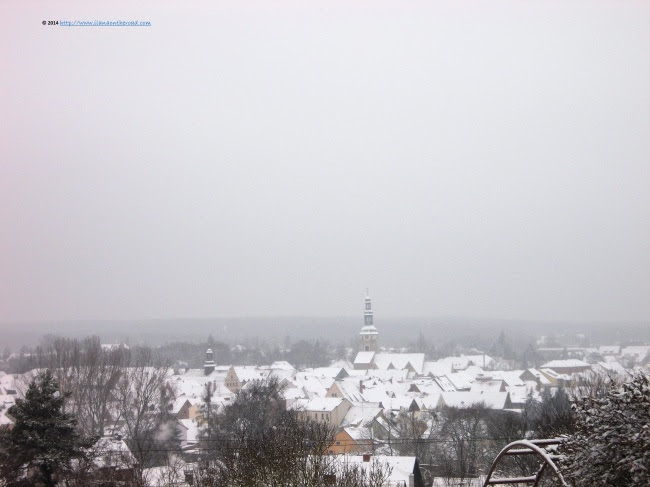 From the top of the hill, I can have an overview of the entire area. As I am looking at the picture right now, I enjoy the view, but then, all I wanted was to be able to feel and move my feet. 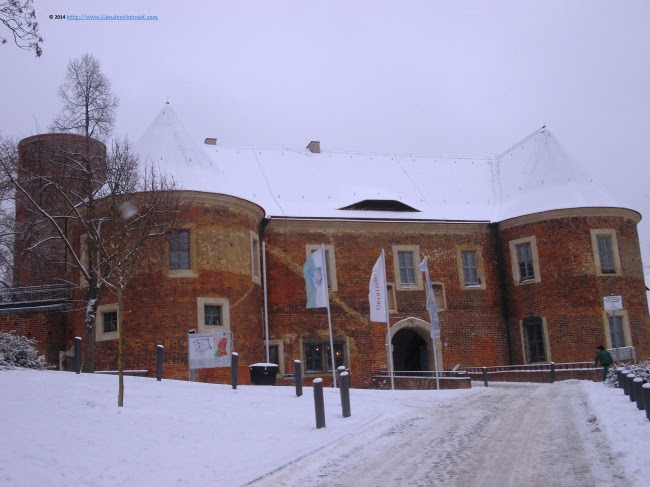 Back on the concrete, I am heading to the Burg Eisenhardt. Nowadays, it hosts a gallery, an old hotel - where Tsar Peter I slept once - a chocolaterie and a library. The castle was mentioned first around the 12th century. Belzig, previously Belezi, developed as an original Slavic settlement starting with 1000 CE. The local legend says that Luther visited it too in 1530. In 1702, it acquired town privileges. At the 1819 Congress of Vienna, it was transferred from Saxen Anhalt to Brandenburg, an administrative unity it still belongs to. As everything at the Burg was supposed to be open only later in the day, I only take a tour of the inner yard, trying not to bother the intensive shovelling efforts around. 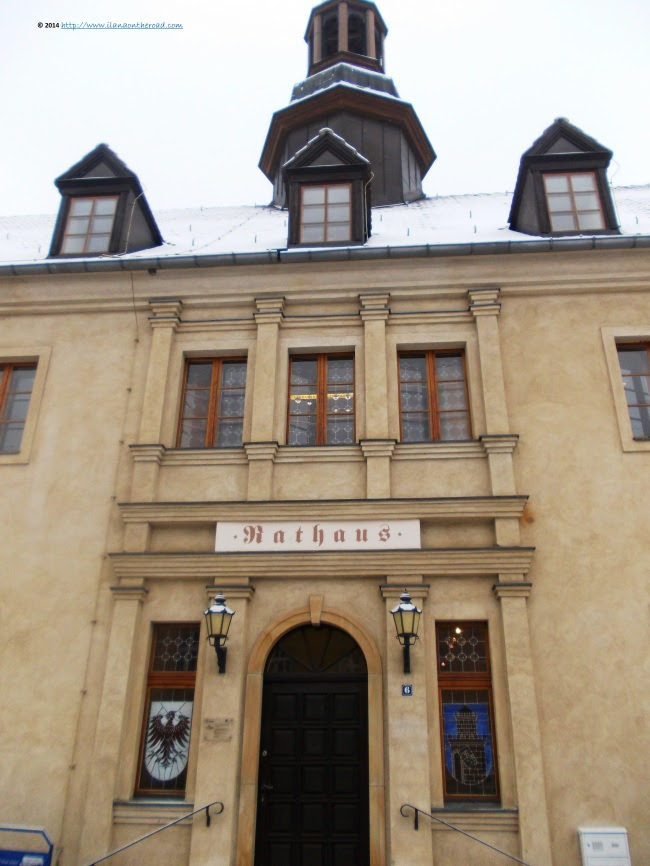 The harsh cold cuts short my chances of contemplation, again. I need to move fast, passing through an old brewery on Wittenbergestrasse, with huge copper recipients shining in the window, old small traditional houses and the former theatre hall on Bahnhofstrasse.
The town hall is part of the well preserved historical center. At the information office, I am told that there are guided tours of the historical area, but only on Sundays. However, I leave the office with a couple of maps and useful directions for the next stop. 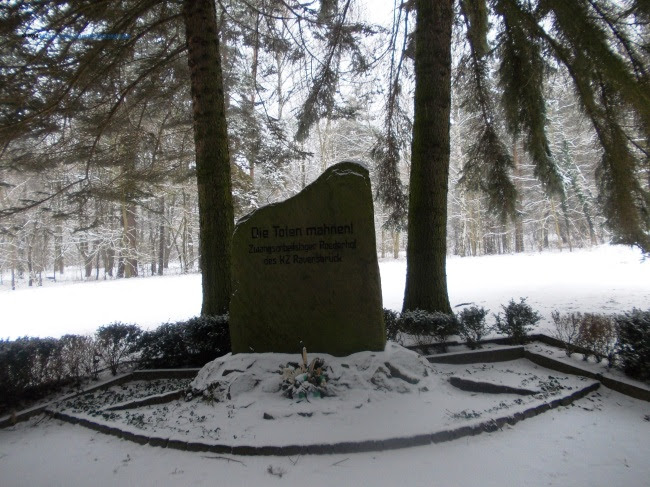 Bad Belzig hides another memories though. In 1934, ammunition construction were created here, using around 1,500 forced labourers. Between 1940-1945, a subcamp of women's concentration camp Ravensbrück was created, with around 750 prisoners, mostly from Poland, USSR, France, Belgium, Hungary. The camp was liberated on 3 May 1945 by the Red Army, saving the life of 20 seriously sick women. Every year, on 3 May, ceremonies are held in the memory of the victims.
The memorial is hidden in the forest, at the end of a long street of houses and trees. I needed to ask for directions several times, till finding someone knowledgeable about the exact location. 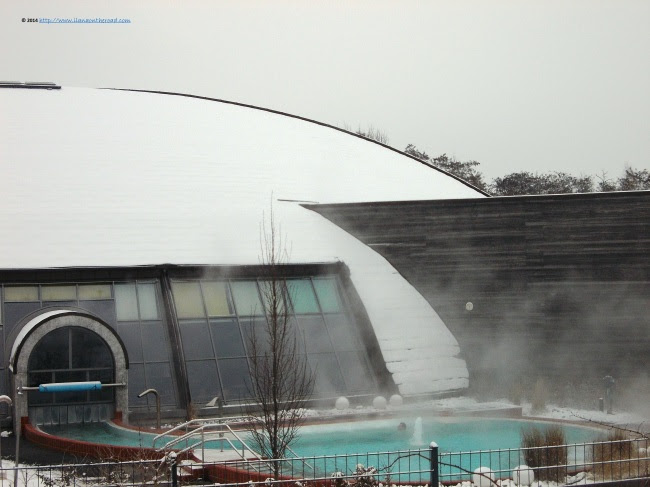 It seems that branding was considered a serious option to outline the city's offer. Directions and long explanations are provided at the noteworthy locations and is not easy to find one of the most famous destinations of Bad Belzig: the Stein Therme. Thousands of people are visiting it every month - mostly from Germany, but not only -, enjoying the spa, massage and wellness treatment. Accommodation and fine cuisine recommendations can be part of the packages offered to visitors aiming to relax for a longer period of time.
The area around the huge location may be very pleasant for walks in the summer. As I look at the brave humans swimming in the sauna steam outside, I am a bit jealous of their courage. 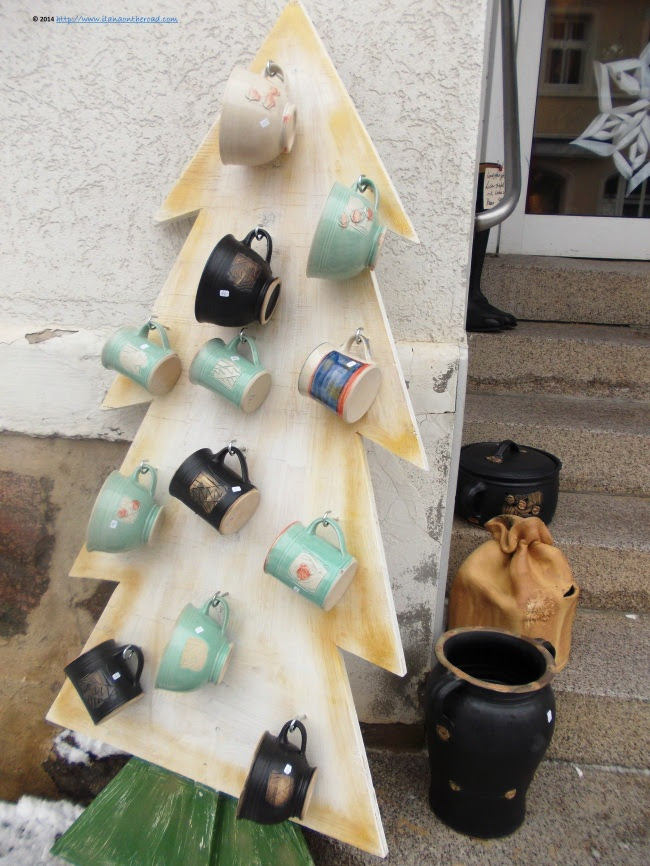 I have more than one hour till my next connection to Berlin and I am trying to learn more about the town. Besides the usual Asian menus, there are too local restaurants offering local cuisine. Culturally, it belongs to Fläming, a historical area comprising parts of Brandenburg and Sachsen-Anhalt, characterized by a cuisine based on potatoes. Many traditional occupations, such as pottery, survived the industrialization and are more than tourist hobbies. 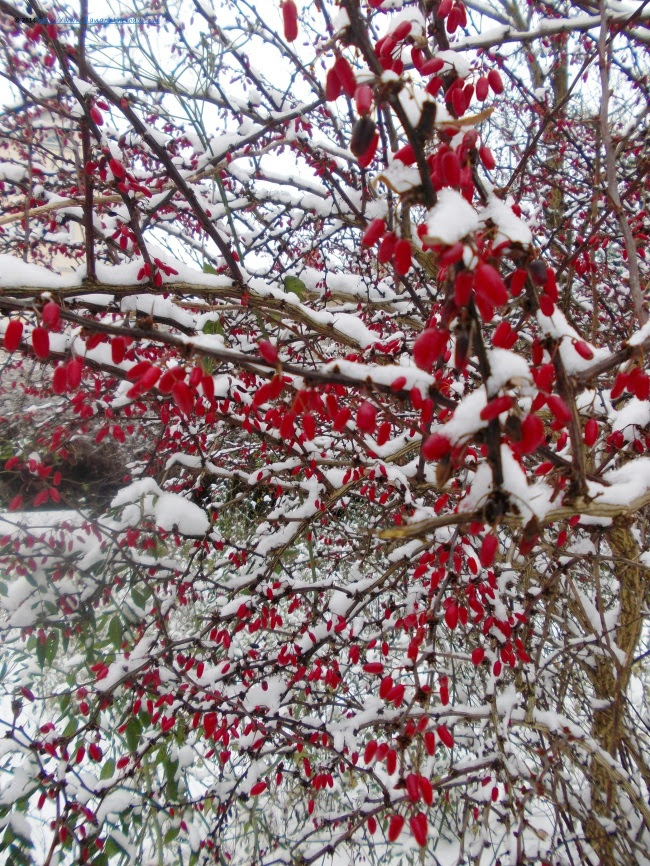 Bad Belzig is trying to get a new makeover. New blocks of flats are ready in the newest part of the city, trying to integrate alongside the small traditional houses and the strong and colourful personality of the bourgeois residences from the central area.
For more insights about Bad Belzig, check the dedicated Pinterest board.
Posted by Ilana WD at 12:01 AM