A visit at the Mirow Castle

There are many reasons why I travel: for visiting an iconic place, for discovering hidden histories - I have a PhD in history, after all -, for a special corner of nature or for a literary inspiration. All reasons to travel more are good, anyway. Mirow was mentioned to me last year, outlined as part of a German-UK connection therefore, I couldn't wait for the coming of spring for an extensive visit. 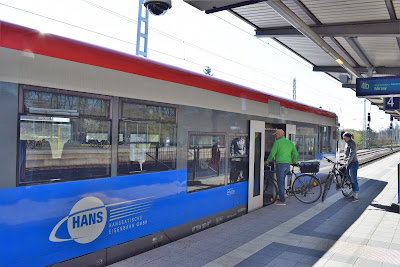 From Berlin, one takes one train until Neustrelitz, which I had the pleasure to discover last year, and from there, switched to HANS, a private line leading to Mirow. The ticket costs 4.40 EUR. one way, the ride not being covered by the normal Deutsche Bahn ride, a surprise not necessarily shared when you are buying your ticket from the machines. As usual in Germany, having some cash with you always helps. 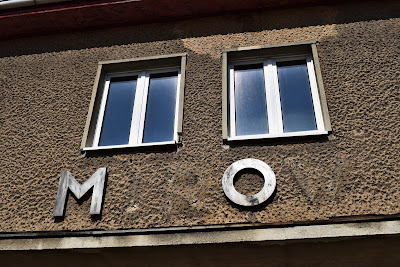 The first minutes upon arrival in Mirow - whose name derives from the Slavic 'peace', meaning 'place of peace' - weren't impressing at all. A train station with the name letters missing, and a town which seems empty, although there are apparently around 4,000 people living here. 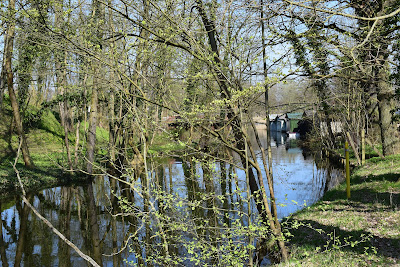 We followed direction Rheinbergestraße, and turned to Schloßstraße, enjoying the generous rays of the spring Sunday light. The feeling of being alone disappeared, as we were getting closer to the castle, as more and more people walking joined. 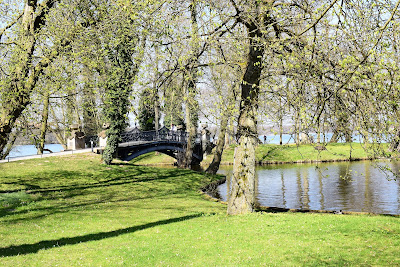 The first stop was the heart-shaped Love Island, built following the instructions left in the will of Adolf Friedrich the VIth, the last reigning grand-duke of Mecklenburg Strelitz. His mysterious death in 1918 - suicide or murder - was not elucidated until today. Here is a short historical article, in German, about the possible reasons of his death. 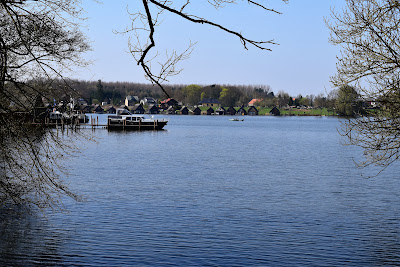 On the other side of the wrought-iron bridge, there is a ladscape of peace welcoming the visitor. The boats are shaking slowly on the water and the small fishermen houses are the only silent witness of human presence. 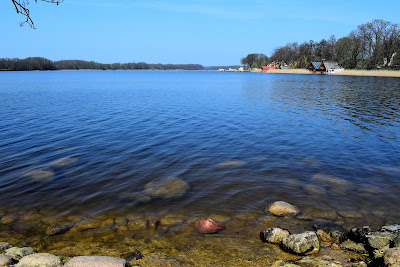 2-hour boat tours around the lake can be taken, if you want to get a full immersion into the peacefulness of the places. As Mirow is situated in an area surrounded by lakes, rivers and canals, it is a good way to get to know better the nature of Mecklenburgische Seeplatte. 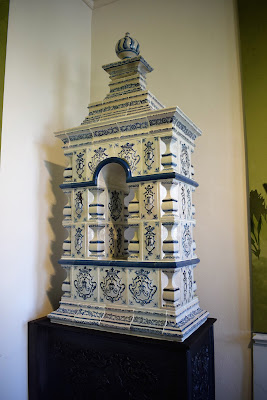 As my time here is relatively limited, I focus this time to a visit at the castle. The construction lasted between 1749-1760, but as in the case of many such constructions situated in the Eastern part of Germany, it has assigned a variety of functions in the last 6 decades: it was the administrative office of the Luftwaffe, granary, a state retirement home or a school.
The renovation works aimed at reestablishing the castle as a museum took place in the second half of the first decade of the 2000s. 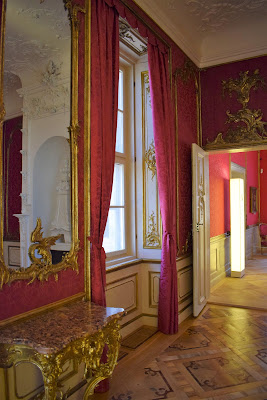 The fact that in the last 300 years the rooms were constantly redesigned has its price, as you can feel the difference between the label of 'Baroque castle' and the relatively modest interior, if you compare to the beautiful appearances of places like the Schaetzlerpalais in Augusburg. However, the careful renovation work followed the original descriptions therefore, the Red Salon, lined with silk Chinese-style wallpaper makes an unforgettable memory of the visit. 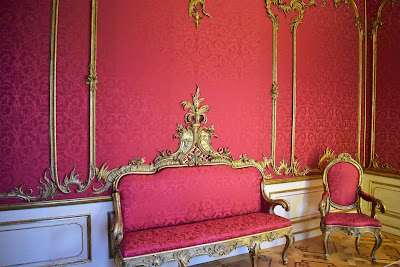 Stucco decorations and carved corniches are amplifying the colourful effects of the distinguished wall-paper specific for each space. 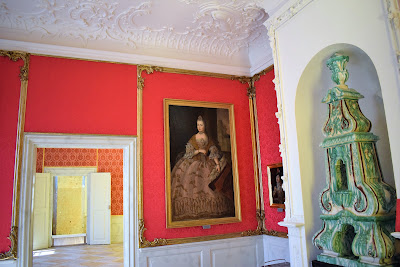 Mirow was included since 1701 into the domain of duchy of Mecklenburg Strelitz, and it is the birthplace of Sophia-Charlotte of Mecklenburg Strelitz, the Queen Consort of George III of United Kingdom. George III himself has German blood, his mother being Princess Augusta of Saxe-Gotha. He is the first Hanoverian monarch born in England and using English as his first language. The marriage with Charlotte resulted in 15 children, out of which 13 reached adulthood. In 1810 he was declared mentally unfit to reign. 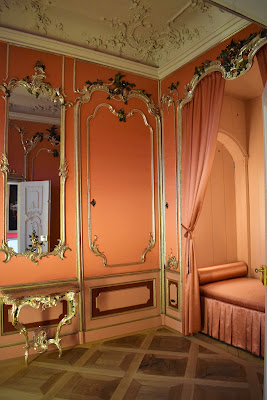 You need to slowly go from a room to another, trying to enter into the elegant mood that required a lot of work to be recreated. 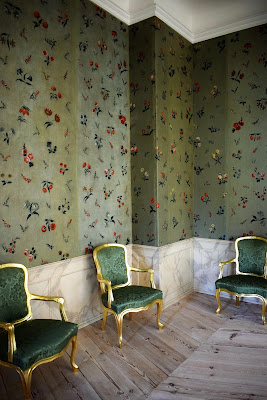 Particularly the wallpapers are creating a special ambiance, modestly matched by the pieces of furniture and the floors. You may feel that things look too shining to be original, but at least it is enough room left for dreaming about the old times of the castle life. 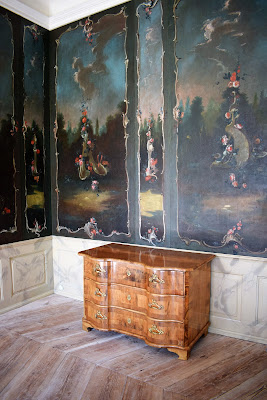 I only have eyes for the walls, which are telling the best part of the story. The solitary piece(s) of furniture aren't convincing me too much about about how to include additional narratives. 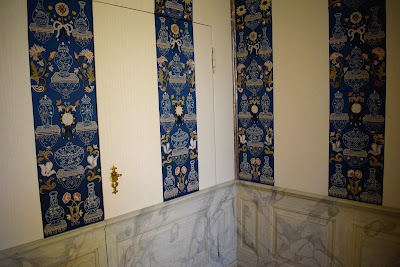 My favorite room is the Embroided porcelain cabinet. After WWII the wallpapers, a textile materpiece, was hanging from the walls in shreds. Inspired by real pieces of porcelain, the figures on the wall are hand-made by needle, probably by a circle of women gathered regularly around Duchess Elizabeth Albertine of Saxe-Hildburghausen, the mother of Sophia-Charlotte. 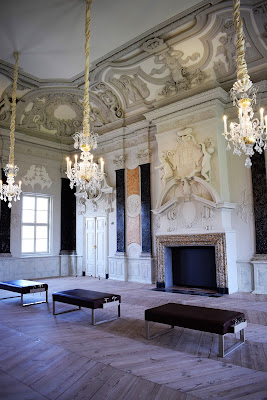 The much praised Great Hall, where big balls and dancing parties used to take place didn't impress me. The stucco and statues - whose details can be closely watched through binoculars - look out of the space, and some of the putti are scary and greatly diformed. The only success of the reconstruction are the lamps hanging out from the ceiling creating together with the natural lights out of the window a certain vision of space. 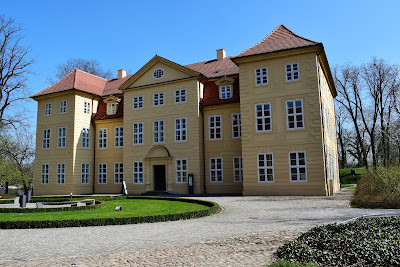 Outside, the sun is wrapping the carefully manicured English gardens. It is the best time for some little walking around, but unfortunatelly there was not too much place for the long walking I wanted to have around the lake. 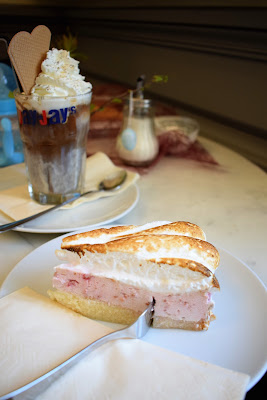 The fine mouth melting raspberry mousse cake accompanied by a cold coffee served at the museum cafeteria added some sweet taste to the trip, after so many hours of historical wanderings (and some interior design observations too). 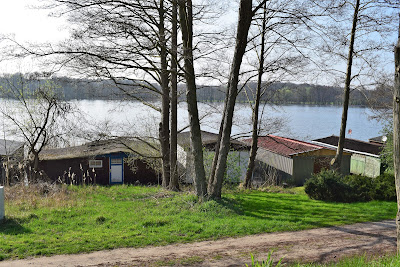 We left behind the Mirow and his silences, thoughtful about the recent histories we've read. Although I would have love more nature wanderings, this time was a different kind of trip. I am sure that soon I will be back in the Mecklenburgische Seenplatte for more nature tasting and discoveries.

For more inspiration about Mirow, check the dedicated Pinterest board.
Posted by Ilana WD at 1:26 AM