The direct connection between Germany and movie industry is not always explicit, especially because the good German movies are often produced and created in the the German language. The local film industry is perceived as a world in itself, but the serious movie lovers may be familiar with productions like: Good bye, Lenin (Wolfgang Becker), the movies of Fatih Akin, The Lives of Others (Florian Henckel) or Nowhere in Africa (Caroline Link), to mention only few of my favorite German movies known also in the maybe too dominant English-speaking realm.
In addition to the local production, Germany is also an affordable country for filming, attractive not only for the prices of the locations (mostly in the former Eastern Germany area), but also for the diverse landscape and urban architecture, as well as for the historical inspiration.
With this year edition of the Berlinale Film Festival in full swing those days, many of the international visitors may be interested to stay a bit more, at least for a couple of days, to discover even more interesting histories about the German film industry. For them and anyone which would love a different German journey, here are my 6 lovely destinations for movie lovers in Germany. 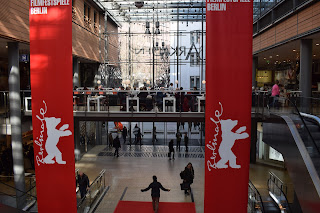 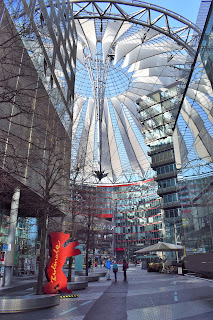 Berlin, the Haupstadt - the capital city - is where any serious movie lover should start his or her journey. With its own avenue of stars featuring local German artists and film directors, and 10 days the year when the attention of the movie industry is concentrated in the once-divided capital city, Berlin deserves a special place in any such itinerary. Its rich history make it into a perfect background for a variety of international movies, with locations in more or less famous cultural or historical destinations. Last year, I've wrapped up the best places every movie lover should visit. 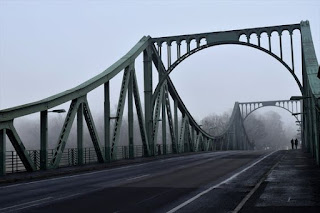 Potsdam, less than one hour away by train from Berlin, is not only a recommended destination for photographers, but appeals to the movie lovers as well. Although this time of the year, the famous Babelsberg studios are closed, there are at least two other film destinations to check while on a break from the Berlinale. If you love pretty palaces and small streets, you would probably love to stay more and this guide of my favorite things to do and see here will help you for sure. 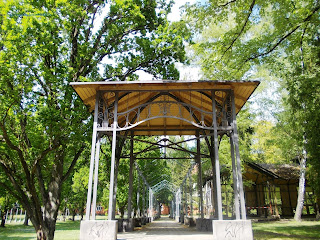 Especially for Berliners, Beelitz is mentioned very often when the asparagus season is open, as the place is considered a valuable source of the high-quality local veggie. However, there is more to it than the spargel plate, such as the fact that here were filmed two interesting historical movies: Operation Valkyrie, The Pianist and Schindler's List. Its famous sanatorium, at the time of its inauguration, at the beginning of the 20th century, the biggest and the most modern medical institution to treat tuberculosis - Beelitz-Heilstätter has some historical memories too and the place was recently in the center of a conflict between those that want to keep the place as an exclusive creative place and the real estate representatives keen to use the location for building some fancy lofts. I personally plan to be back there this summer to check out what happened since my last visit. And maybe do some spargel shopping too... 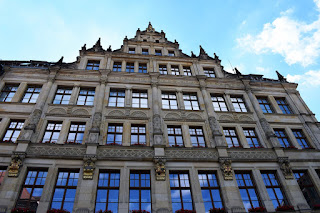 Görlitz, or Gorliwood for the hard-core movie fans, may say nothing to many citizens of the German republic, but it is very famous among the film lovers from around the world. Gossips say that Nicholas Cage himself anonymously donated a huge amount of money for the renovation of its historical colourful streets, that usually appear in the background. The Art Nouveau Department Store which is currently under massive renovations, for instance, was featured in the Grand Budapest Hotel. In case that you decide to go there, here are my - at least - 5 reasons to pay a visit to this town. 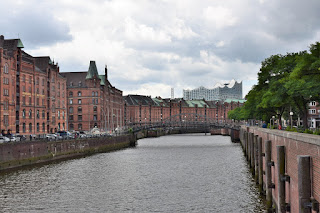 Hamburg is beautiful and one of the German cities that I love very much. Actually, I visit this place at least twice the year and still can't have enough of it. It is always what Berlin is not: rich, settled down, elegant. But besides its famous Elbphilharmonie and the many museums, in the last two decades it also creates a profile of a great destination for movie lovers and producers. Fatih Akin movies, for instance, do have many scenes from here, and the local studios filmed international productions such as An Enemy to Die For (Peter Dalle), or Only Lovers Left Alive (Jim Jarmusch). In a city where big media outlets are located, movie industry is trying to strive a life for itself, with its own film festival that this year will have its 26th edition at the end of September, beginning of October. 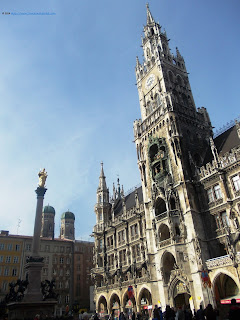 Munich is very popular for its Oktoberfest or its famous Marienplatz where the Gothic city hall is located, but the city has made a name for itself in the movie industry as well. Especially after the reunification, a more or less open rivalry between Munich and Berlin is always bursting - actually the two of them are so different that can easily survive near each other - which has to do with the film industry as well. The counter-part of the famous Babelsberg are Bavaria Filmstudios. Created in 1919, it was here were Alfred Hitchcock made his first film, The Pleasure Garden, in 1925. Other famous film productions that were created here are: Berlin Alexanderplatz, by Rainer Maria Fassbinder (1980), The Serpent's Egg by Ingmar Bergman (1977), The Snowden Files, by Oliver Stone (2015), The Neverending Story (1984), which was also filmed in Babelsberg or Perfume: The Story of a Murderer (2006). I haven't been to Munich in a long while, but planning to be back at least once this year so hopefully will bring more testimonies and movie stories from this Bavarian city.
Posted by Ilana WD at 8:24 AM