Wandlitz, one of the many communist forbidden cities 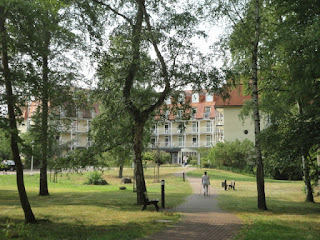 One of the many things I was very crossed to discover as a kid growing up in a Communist country was how the members of the unique ruling party, supposedly representatives of the people - once a proletarian, always a proletarian - ended up as high-end elites, exactly or even worse, as the members of the bourgeous classes they fought against. As a student of history and political sciences, I noticed that such phenomena took place everywhere in the communist realm. The party elites ended up living in their special and highly secured areas, in rich villas, spent their vacations in special resorts and even went shopping from special stores - as the rest of the country was putting their children to bed hungry. The GDR elites did the same, they built their own residential area, in Wandlitz area, where I went to visit one year ago. 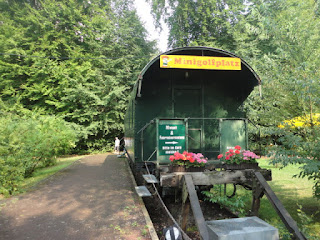 Nowadays, you can go there by bus from Bernau, a relatively long ride, in the middle of a forest area. The green forest used to be a good protection and natural privacy for the residents of the 2 sq.km area of the then Waldsiedlung, in the middle of the wildlife research area. The 2 m high security wall, where the entrance was possible only by presenting the special passes was aimed not to protect the residents against wild animals, but to isolate them from the rest of the population. The four gates were protected by troops from representatives of the Felix Dzerzhinsky Regiment and 31 watch posts were active. 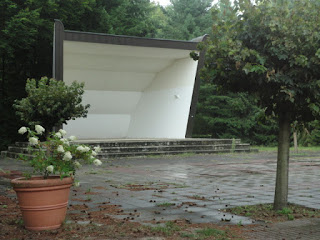 Nowadays, the complex hosts an extended medical facility  - a modern clinic on Brandenburgallee 11 - with various restaurants and stage for open air activities during the warm season. And you can enter without problems through the nowadays open gates and walk around. The bus has special stop there. 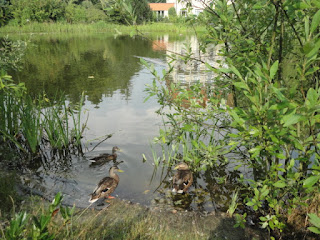 The communist forbidden city was created in March 1960, after the elites decided that the previous Majakovskiring in Pankow was in fact too open and hence dangerous for the safety of the comrades. The 1956 Hungarian revolution gave them some ideas about what can happen when the people has enough of its self-appointed leaders. The decision to build here was taken shortly after and the works took place between 1958-1960. In Wandlitz were built 23 detached family houses, 180 sqm. each, plus a club house with cinema and restaurant, plus a shop where was possible to shop with Western currency. In the case of the rest of the population, owning Westrn currency might have been punishable with prison. 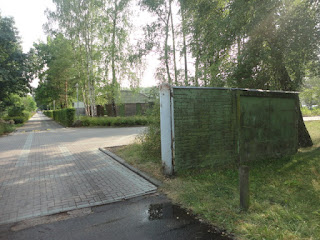 The comrades used to have special tastes, as in the case of the party leader Honecker who used to ask special gourmet meals prepared by carefully designated cooks. 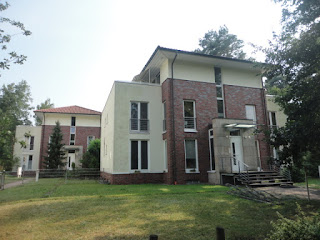 In the 1980s, the place was also named Volvograd, after the residents decided to switch from the Soviet Chaicka cars and use the Swedish cars instead, more modern but also more safe. 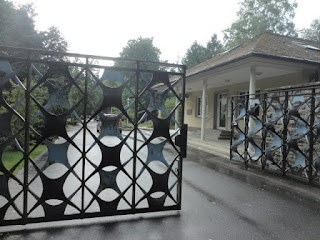 At the end of 1989, the new communist leader Hans Modrow asked the residents to leave the area and in November 1989, journalists were invited for the first time to see it. I went around for around one hour, but besides the beautiful nature and fresh air, nothing impressed me. I visited before similar forbidden areas in Eastern Europe and, as usual, was nothing special to notice about architecture or design. And I keep thinking that the idea of such arrangements is deeply repugnant.
Posted by Ilana WD at 2:15 AM