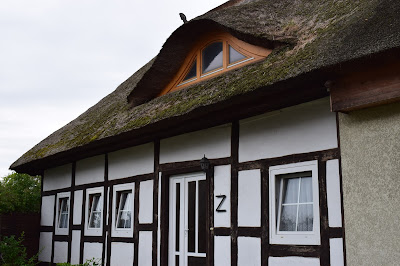 I have a strange relationship with the sea: although I do not know to swim, I gave it a try and still consider to be one day able to move myself freely in the waters, whatever kind of waters, I love to watch the seas, big ones with waves. Also oceans. In Germany, I went couple of times to some sea resorts, but almost every time the time was rainy or windy enough for taking away the hope of some time spent on a towel with a book, with some meditative breaks while looking at the waves. Last Sunday, I tried again, visiting the Graal-Müritz resort, at the Baltic Sea. According to some forecasts, it was a good chance of sun.
As I arrived to Graal via Rostock, it was a bit cloudy, but with some shy rays of lights. I forgot about the possible weather disappointment while looking at the small fishermen houses alongside Bebel street. 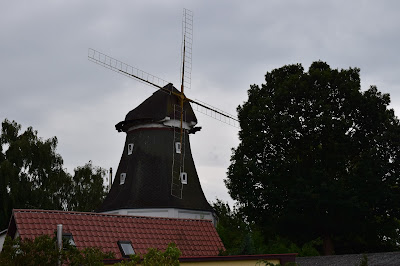 Except reading weather forecast, I did not prepare with too much details this trip. All I knew was that it is a resort at the Baltic Sea, of modest size but that can promise a day away of the city turmoil. 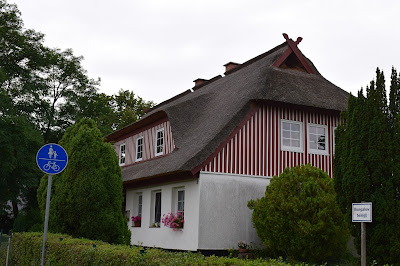 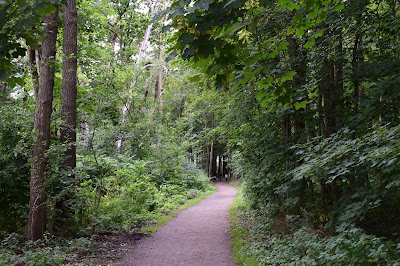 The way to the sea goes in the middle of a forest, the Felsenburgweg. It is like before you go to the Baltic you have the chance to filter all the pollution and maybe some bad thoughts too. There is even a 'Philosophersweg' - like in Heidelberg. 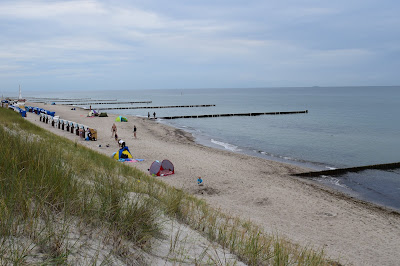 But as I was advancing deep into the forest, getting closer and closer to the sea, we crossed path with more and more groups of people that were actually leaving the sea. The first drops of water just let us know that, in fact, we were too late for a real beach experience. However, I kept walking and here we were. 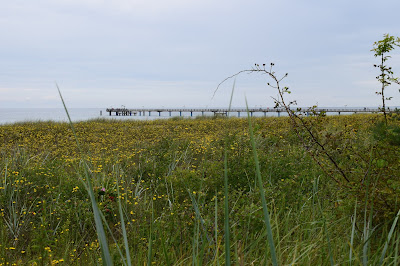 As in the other occasions when I visited seas in Germany, people were dressed in autumn clothes and even though there were some brave people swimming somewhere in the distance, near the shores there was hardly anyone with a naked finger in the (cold) water. At least, the nature was generous enough to bring more joy to the desolate view of empty beaches. In August. 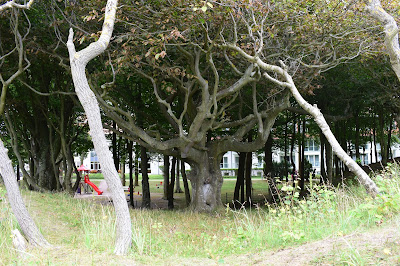 The spectacular presences of some trees even push the imagination think about stories with monsters arising from the holes. What can you do when the chance of just another pleasant afternoon at the Baltic sea with a towel and everything was lost? 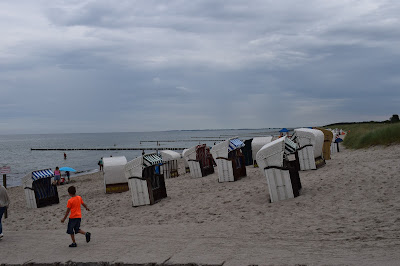 Meanwhile, the drops of rain left, but the sky continued to be cloudy and the air windy. Many of the beach people refugiated to the big noisy fair nearby, with its arsenal of marry-go-round and typical wurst, French fries and local souvenirs. 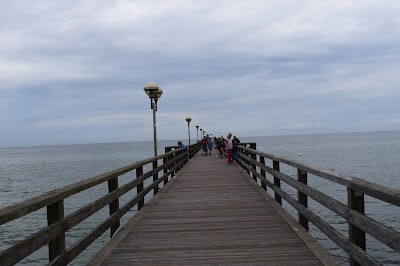 Some other people, we among them, wanted to keep being near the quietness of the sea, so made a two-way trip on the pier, getting closer to the immensity of water. 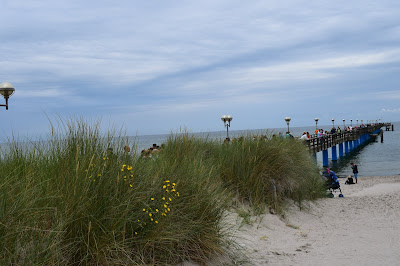 So many people, and so much quietness, like all the sounds of voices were just evaporating somewhere over the clouds. Only the dramatic screams of the seagulls were heard, lonely captains watching or just dozing on a wooden pole. 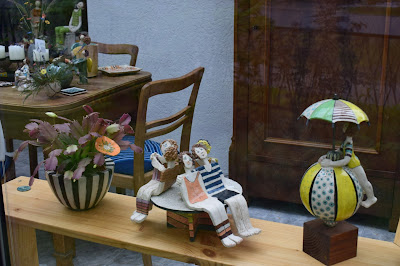 Without too much to do and see, I just turned back to the train stations and after one hour I was back in a more friendlier Berlin. I still hope to catch up some sunny sea days - one day - but even the life close to the water for just a couple of hours was a refreshing experience.

For more inspiration, check the dedicated Pinterest board
Posted by Ilana WD at 11:10 AM