Top things to do in Anklam, Germany

On your way to Stralsund or Usedom, before a stop to admire the Gothic architecture in Greifswald, Anklam is a relatively modest destination, that you can visit slowly. I have recently visited this Hansa city - called before also Tanglem and Wendenburg - and here is my list of top things to do here. 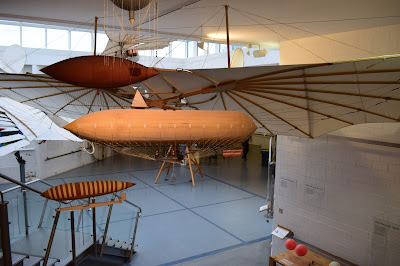 Otto Lilienthal Museum is definitely one of the main reasons I wanted to visit this place. Lilienthal, whose name was given to Tegel Airport in Berlin, was born here before moving to Berlin. He is the first to make gliding flights and he lost his life during one of his experiments. The museum is close to the train station, but there are no directions that could help the accidental visitor to discover the city. It is small but it has interesting rooms for experiments and the German-English explanations offer a clear image about Lilienthal's experiments and achievements. Especially recommended if you have teenage children asking lots of questions about nature and in love with airplanes. 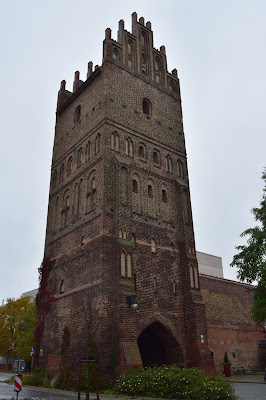 The Steintor is one of the well preserved entrances into the city from the Middle Ages. At the museum there, you can find more about the history of the city and the area. 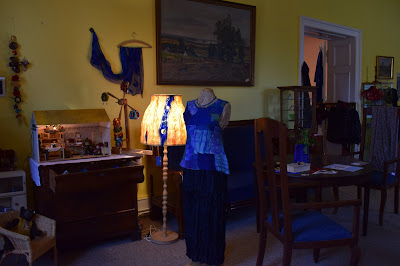 If you have rain as an ugly companion, you may need some alternative places. Die Andere Laden is a new local initiative regrouping creative people from the area where they present their fashion and jewelry products, plus vintage furniture and porcelain. When I visited, the nice ladies coordinating the project were just having a status meeting preparing the first anniversary of the initiative, the 22th of October. 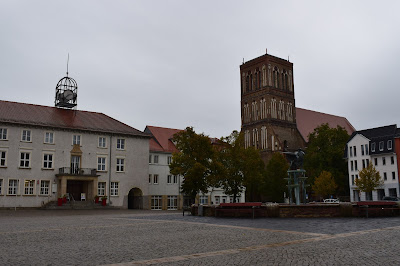 Am Markt is the main square where you can find the Rathaus - city hall - but also the location of farmers market. It is mostly made of modern - communist style buildings - but some remains of the typical architecture are still preserved. 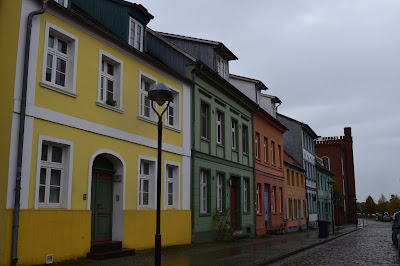 The predominant architecture in Anklam bears the mark of the communism, with its matches of boxes, the same for everyone. During the Cold War, this locality was part of the DDR, the Soviet headquarters being situated minutes away from the train station. The communist constructions were mostly erected after the WWII, when the city was partially destroyed. However, some small streets keep the air of old times, like those colourful beauties I've discovered completely by accident on Wollweberstrasse, close from the Am Markt. 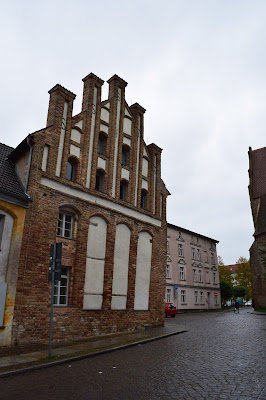 From far away, this sample of Steingothic architecture - a specific style in the Mecklenburg Vorpommers area, characterized by the use of stone and segmented roofs, looks like the local variant of the Pisa Tower. Situated at the intersection of Frauenstraße with Mägdestraße, it is the best preserved Gothic house, built in the 14th century. Nowadays is hosts the Public Records Office. 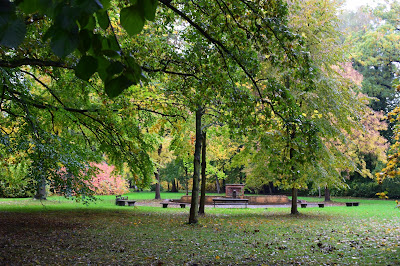 Anklam also has beautiful huge parks, where you can calmly walk for a couple of good hours. Situated close to the city center, there are oasis of beauty and quietness, with some generous areas where children can freely play. As the city used to have quite an active industrial activity - a sugar factory, among others - the trees help cleaning the air. 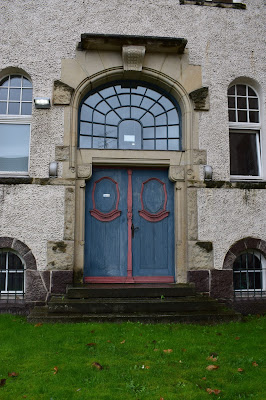 In Greifswald, I've found a fascinating collection of doors. Anklam has a modest record, but if you are focused, you can find some impressive doors here too. 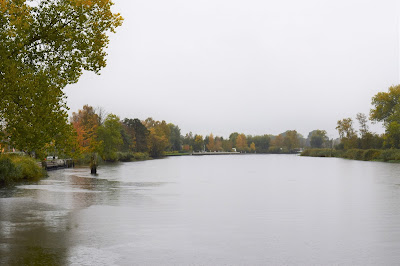 The river Peene creates interesting landscapes and natural retreats in this part of Germany. In Anklam, it offers to many inhabitants a hobby, as it seems to be rich in fish - proof the many fish restaurants and bistros serving fish-based meals in the city. You can walk the promenade and especially during the autumn, you can admire the beautiful colours of the foliage. 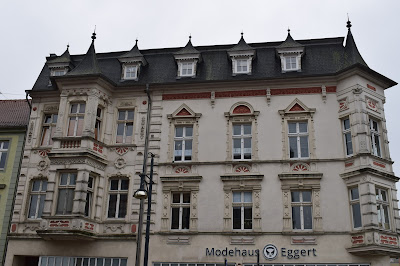 Steinstraße is the best destination to do some shopping in the central part of the city. There are a lot of local brands to chose from or small coffee places or restaurants for a snack before you leave or keep exploring. The bookstore was one of my favourite place, with interesting German books and some special editions covering the area, both travel books and works by authors living here. 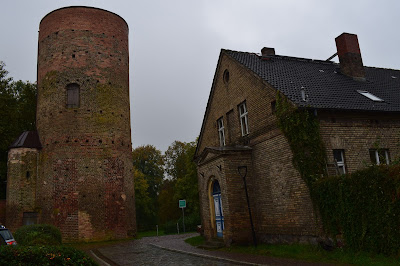 With the green areas and the ruins of the old city walls interwoven with the modern living, you can easily switch sides and centuries, enjoying both modern amenities and some private moment of reflection in the middle of the nature. I particularly loved the Romantic ruins from Badstüberstrasse. 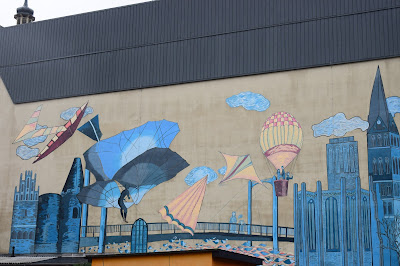 When my short trip to Anklam came to an end, and I was ready to embark on the two-hour ride back to Berlin, this mural paiting on Badstüberstrasse illustrated perfectly, more than any Tourism Office, the best of the city. If you are a curious nature, you can easily find some small things to learn about everywhere, even in the most modest places.

For more inspiration, check the dedicated Pinterest board: https://de.pinterest.com/ilanaontheroad/anklam/
Posted by Ilana WD at 1:23 AM