Berlin evolved in the last years into a top foodie destination in Europe and in the world. You can find here restaurants featuring the food from all over the world, presented in various variants, as vegan and vegetarian, in more or less gourmet or raw variants. You can easily spend years discovering all the flavours and recipes of the planet without leaving your 'hood' or being homesick. Besides the restaurants, there are other popular tasty spots in the city attracting locals and tourists all round the year: the food markets. After years of developing my tastes and learning about where and when to find the best organic foods, I have the pleasure to share with you best Berlin food markets. 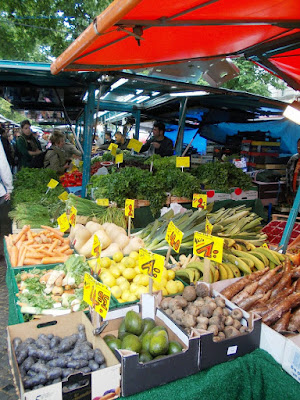 Every day - except Sundays, somewhere in Berlin is a farmers markets day. It can be in Winterfeldplatz, or Wittenbergplatz - where products from Brandenburg are mostly available - on Karl-August Platz, Nestorstrasse or Boxhagener Platz, Mexikoplatz or Pierroserstrasse. The conservatives may be more selective with the list, complaining that in the last years, those markets are becoming a bit "corrupted", the local products being replaced by food trucks or even clothes stands, but if you keep searching, you will always find some quality healthy fresh veggies and fruits and even organic meat sold at a good price for a quality above the average supermarket offer. 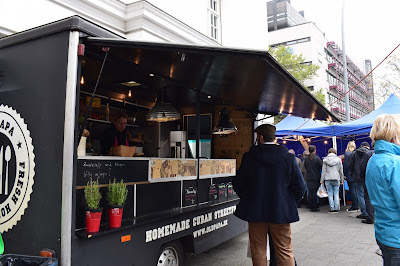 The food trucks bring to your home flavors and tastes you never had the chance to try before. They are usually every two days, except the weekend. The food is prepared under your eyes and in most cases, the products are exclusively served on the truck, without a fix location. At Fehrbelliner Platz, for instance - the market takes place every Tuesday and Thursday - I had my first bit of Cuban food. In Kreuzberg, in the big yard Kulturbrauerei, there are also craft beers and delicious home made Japanese treats. This market is also open on Saturdays and Sundays. 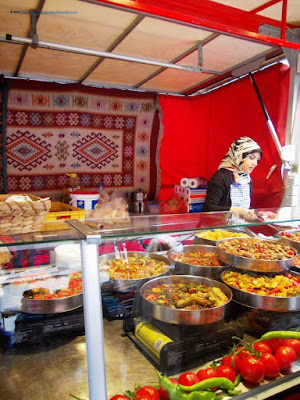 In the world of foodie experts and gourmets, Maybachufer is a respectable institution, open on the street with the same name every Friday morning until late in the afternoon. Local Berliners and tourists come from far away to get their weekly supplies of vegetables, fresh dill or parsley or some mint leaves or special spices or to have an Oriental snack outdoors at the end of an exhausting swimming through people and vendors. It also has some non-food stands, like cheap tailoring materials or home made jewelry, 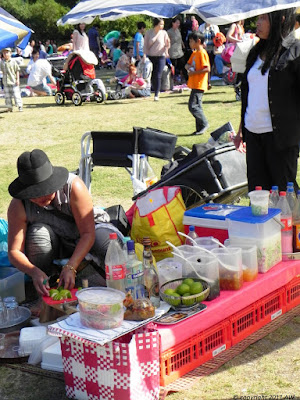 Every weekend and legal holidays, when it doesn't rain or snow, Preussenpark in Charlottenburg turns into a little Bangkok. The food is brought in plastic containers and prepared on the spot, either there are salads or barbecues. If you want to do some of the food at home, visit the Dong Xuan center for more supplies and for some bits of Vietnamese food too. Especially recommended during the cold months when the 'Thai park' may be empty. 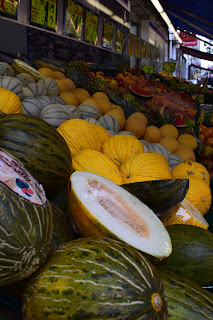 Almost every borough of Berlin has its own Turkish super-market, but if you really want to feel the real local vibe, go to Moabit or Neukölln, where vendors are screaming out loud the latest offers of the day and the prices are also lower. In addition to cheese and vegetables and sweet products from Turkey, one can also grab a bit of baklava for your sweet tooth or some delicious ackma bread, round dough filled with cottage cheese and decorated with white or black sesame seeds. 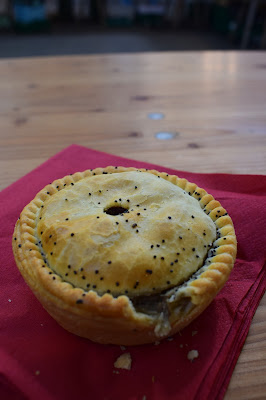 With a street food event every Thursday and a lot of food-related festivals all round the year - the food festival was a couple of weeks ago and a big cheese event is scheduled in two weeks from now - Markthalle IX is a busy and hip destination on the foodie map of Berlin. The setting may look a bit chaotic and sometimes it is hard to find a free place on the big benches near the food stalls, but you can just take your favourite food and taste it outside. My newest addictive discovery is the New Zealand pies counter, serving warm pies with various delicious fillings, like champignons. Looks tasty, isn't it? 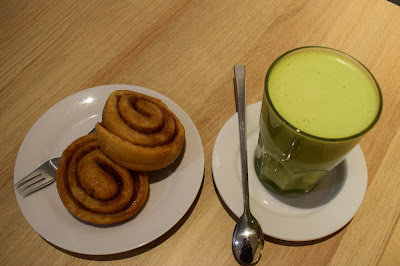 Covering a smaller space, but with better organised stands, with the biggest vegan store in Europe, Maheineke Markthalle in Prenzlauer Berg tempts me to return over and over again for its matcha supreme served at the Goodies or for the salty caramel crepes from the French buffet downstairs.
In Moabit, Arminius Markthalle is a relatively newest but equally tasty destination, especially if you love Fish&Chips. 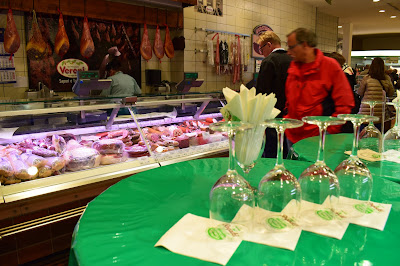 In Wilmersdorf, the 1928-founded Rogacki is a serious foodie institution among the locals, for its big variety of fish and meat, but also for the ready meals served every day. You can easily match your dish with one of the many wines, mostly local. If you are interested to have a glimpse into the German food culture this is the best establishment to start with. 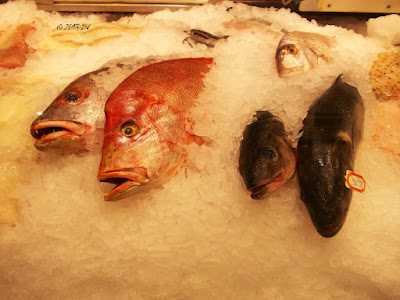 Like Harrods, the famous luxury store KaDeWe has its own food court, but you better stop comparing the two of them, as the German counterpart might be in considerable disadvantage. You can find a lot of products that are usually sold in normal super markets at at least half the price, but also some Canadian and American products for the homesicks, or freshly made Thai or fish-based meals. If you want something much better in terms of quality and diversity, head to the first bus until Galeries Lafayette. Their fine selection of French cheese and the crunchy macaroons are worth a try.