Beelitz, beyond the spargel plate 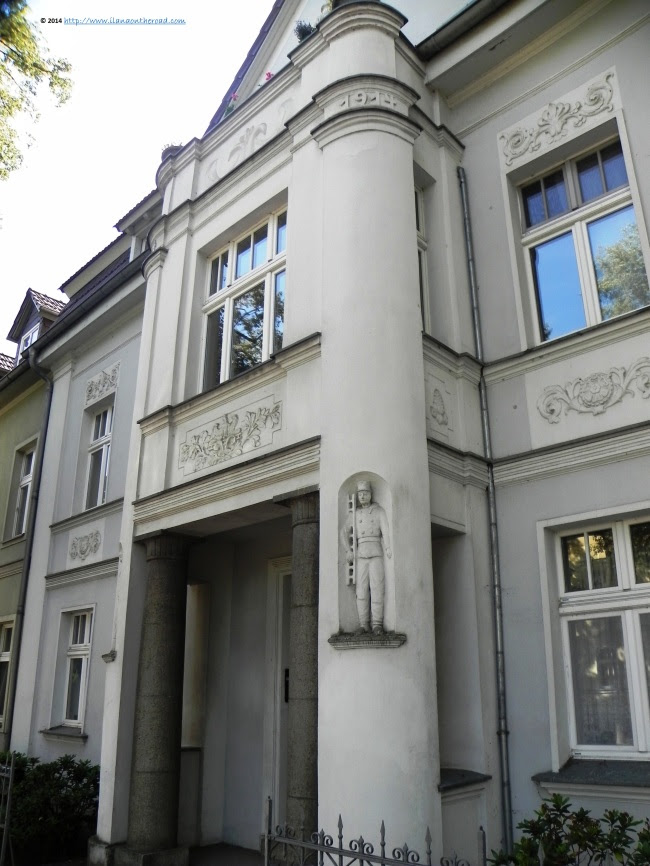 Beelitz is usually associated in the Brandenburg area, with the famous German national spring food - asparagus/spargel - the kind of meal that I'm still doing my best to cook and maybe like it too - one day. As one of my biggest challenges when I travel is to go beyond stereotypes and too-much-beaten paths, two summers ago I visited this city trying to find more than a bundle of spargel. We arrived quite fast by bus, via Potsdam, on a sunny day, enjoying the green scenery and the quiet streets. 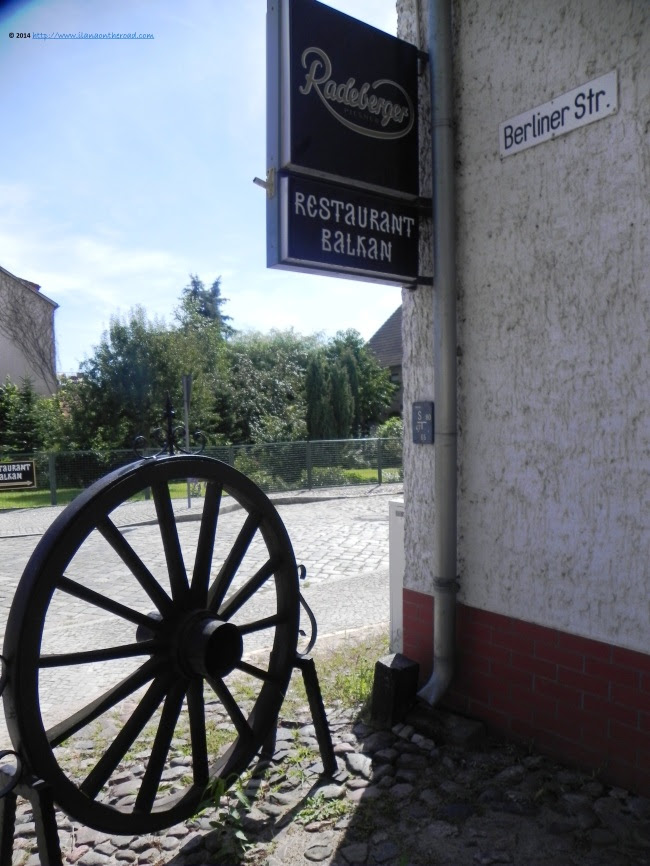 The streets kept quiet for the most part of our stay. Either we headed to the center or explored small streets we rarely had any encounter with the local people. In addition to the classical fast foods and local bakeries, a restaurant serving a variety of Balkan cuisine caught our attention. 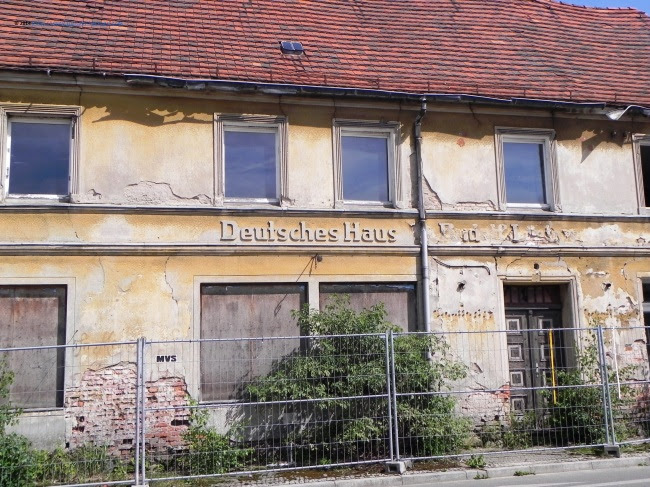 Once part of the then GDR, with a significant Soviet present nearby for decades, Beelitz was still looking at the time of my first visit for for its post-Cold War identity, with many buildings left from the war times waiting for a new yet unknown destination. 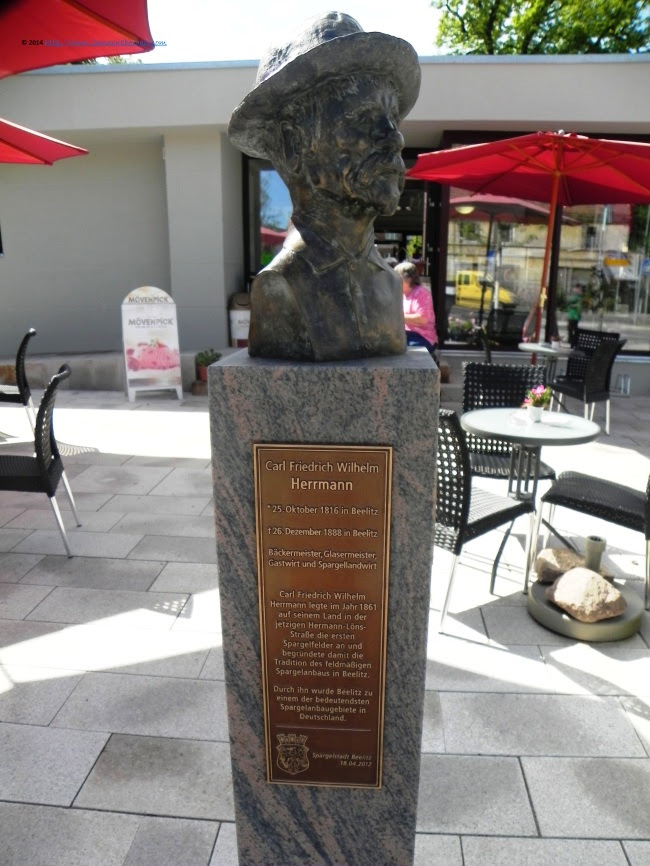 Walking more, we discovered that the traditional spargel gardens are a relatively 'new' reality - in historical terms, being created only in the 19th century, by Carl Friedrich Wilhelm Herrmann, a local personality whose memory is reminded with a simple statue placed in a square. 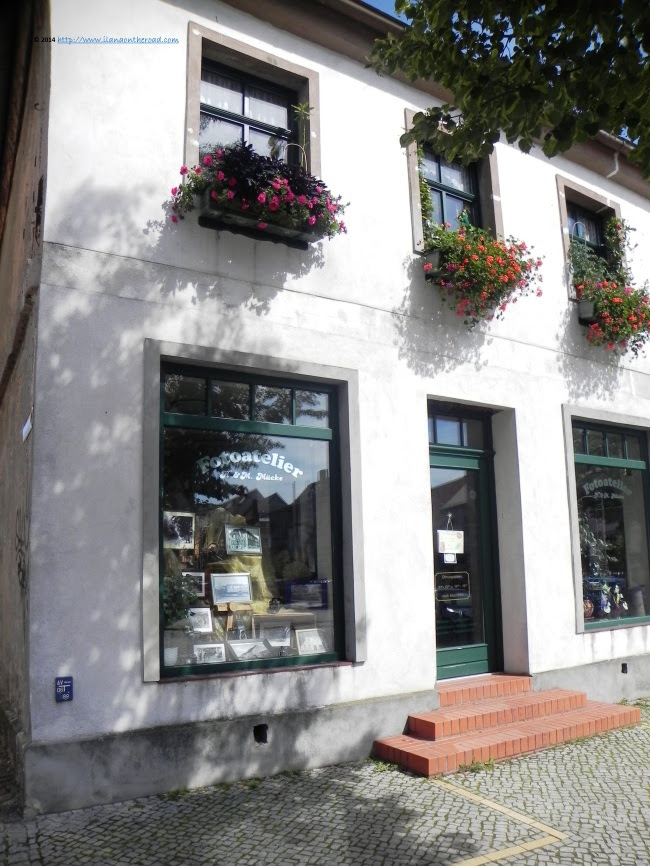 The quiet streets allowed us to observe more of the city. It looks like time stopped here a couple of decades back, with many small traditional shops looking as back in the 1970s or 1980s. In the era of photo sharing and electronic devices, this photo atelier with old photos displayed in the windows makes a big difference. 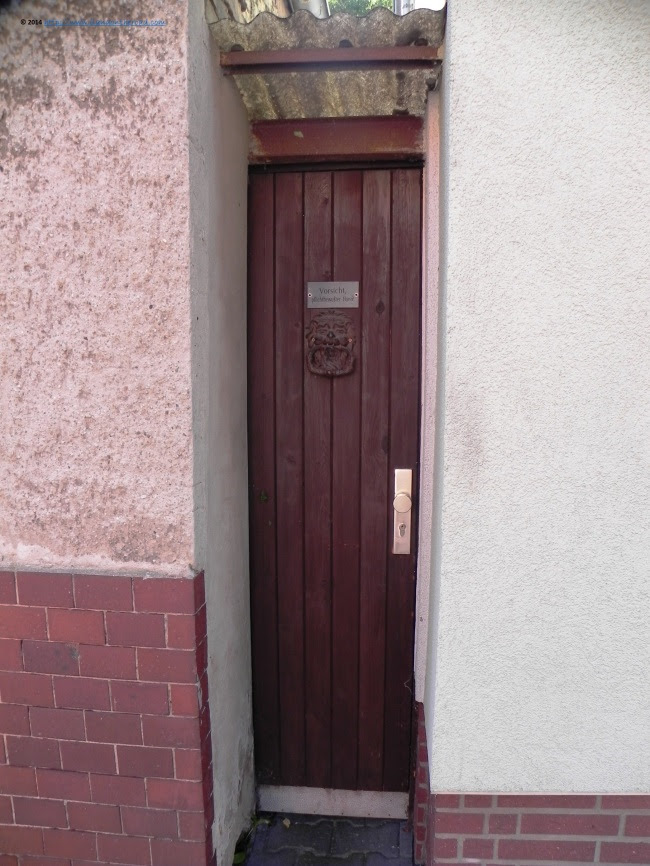 The same for the small door that makes as stop for a while thinking about the impressive model-size of the inhabitants. 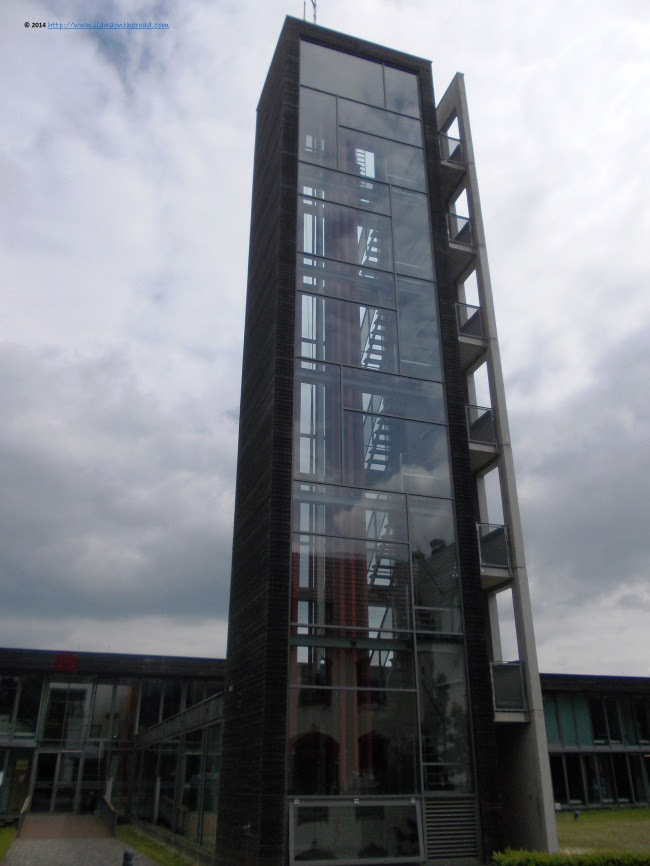 Two years later, I am back in Beelitz the last week, this time in spring, the high spargel season. I took the train and stop at Beelitz-Heilstätten, near the historical military sanatorium. The connection to and from Berlin is every hour and it takes around 30 minutes. Prepared to explore the ruins of the sanatorium, I was pleasantly surprised to encounter the modernist perspective of the glass and wood tower of the local fire brigade. This community service has a long tradition in Beelitz, with a special volunteering service that probably explains the architectural special identity and high-profile. 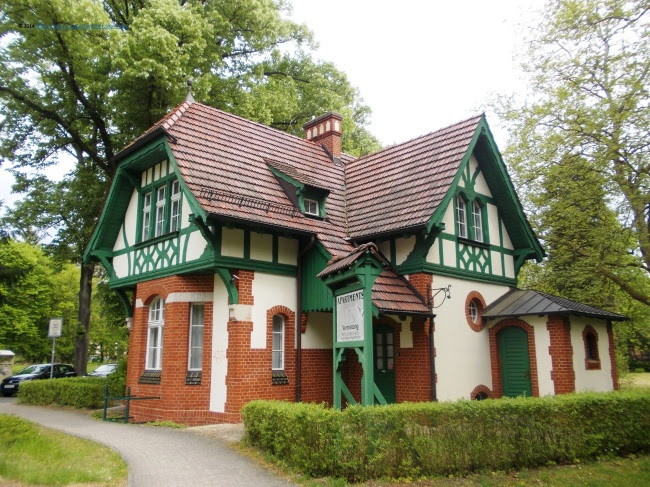 As in the case of the historical city we visited two summers ago, the streets are quiet again, with a discrete bus commuting every 30 minutes. Private owners are ready to rent their houses to holiday refugees from the city and there is probably a high promise of enjoying a very reality disconnected holiday. 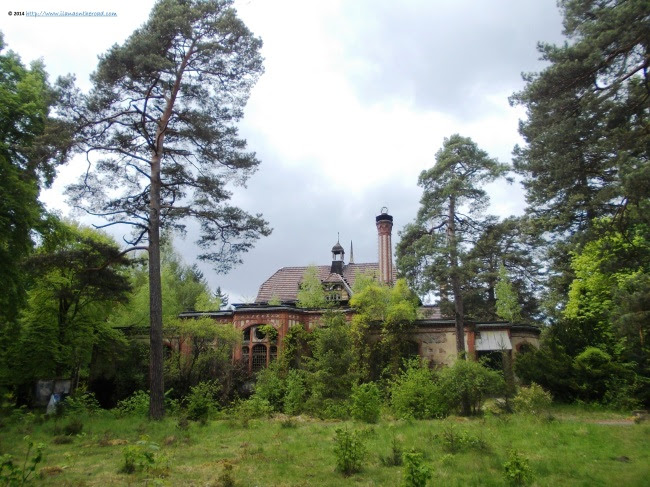 Since moving to Berlin, I explored frequently ruins and abandoned buildings: the former Iraqi embassy or the former CIA listening station on Teufelsberg, among others. Fantastic historical sources once, especially if visited in the fist post-unification years, but nowadays a mass of wreckages. The Beelitz military hospital entered my travel agenda at a time when I lost curiosity for such experiences, but also when the building itself is in an advanced stage of deterioration that makes such an adventure risky. Thus, I limited my adventures to taking pictures from outside and observing the architecture, without jumping inside. 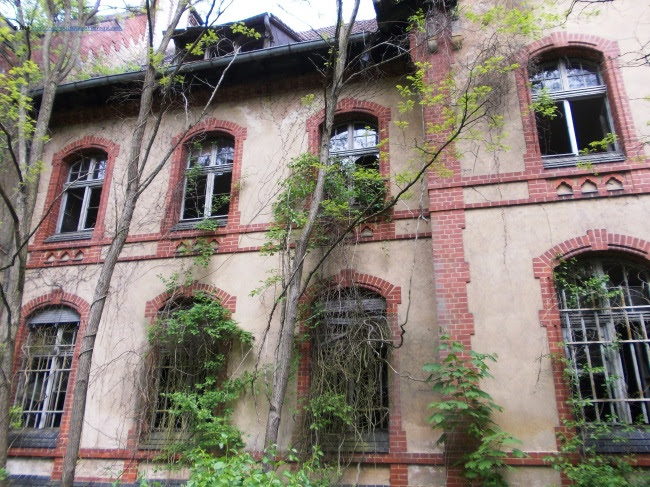 The huge complex, situated in the middle of a green area acquired in decades by the diverse administrations of the hospital, was created starting with the end of the 19th century, when the newly-born health insurance society of the newly united Germany was looking to create a tuberculosis station and a nursing home. In 1902, the Beelitz facility was opened, with a 600-bed capacity, open to both men and women. The architecture reminded me other medical facilities I visited in Berlin recently, such as Charité and Westend hospitals, created around the similar period. 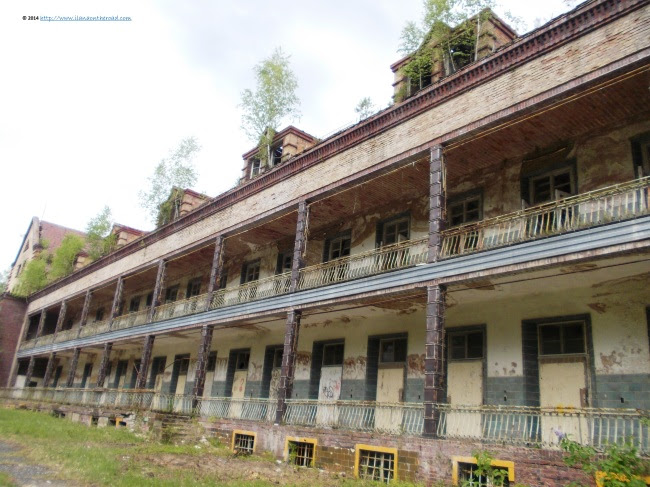 During WWI, most of the facilities were operated by the Red Cross that increased the capacity to more than 1,500 beds. Over 12,586 persons were treated here, among which the maniac who will lead Germany to destruction during WWII. The hospital returned to the usual civilian use in 1920. One of the most sought speciality for a long time will be the lung treatment, that included also long relaxation and walks around the newly acquired green area. As I was walking from a building to another, I was feeling the fresh air maintained by the green trees. But as far as I was getting closer to buildings, the smells and the swarm of flies kept me away. 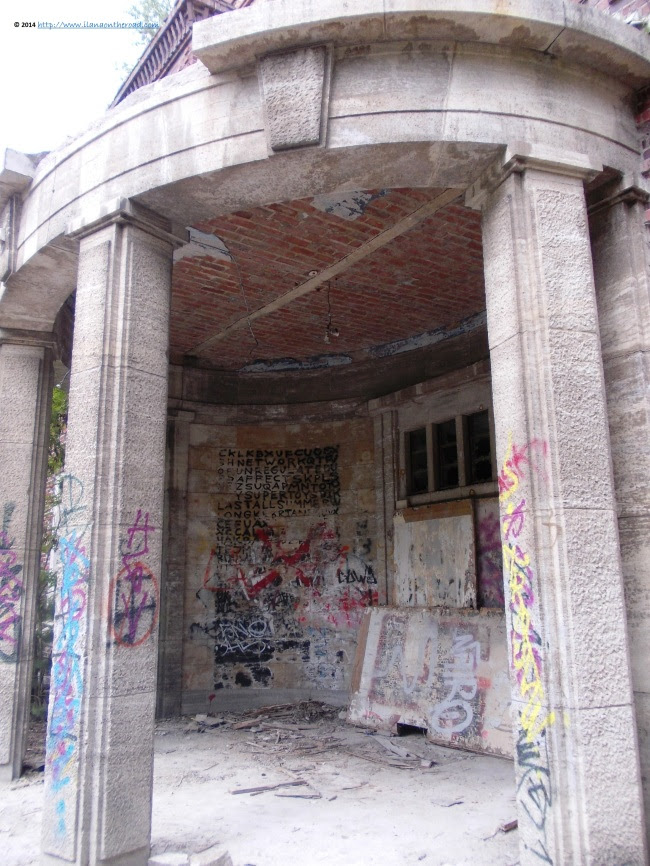 Many of the 60 buildings part of the complex are vandalized and covered by many layers of paintings and graffiti. During the Cold War, the Soviet Army turned the sanatorium into the largest Soviet military hospital outside the USSR, and it kept this status till 1994, when the Russians left Germany. While walking, was trying as much as possible to do not get lost. The idea of spending more time that I need around, wasn't on the to-do-list of the day. Regular tours are organized in the area, with in-depth explanations about the architecture and history, but I feel at a certain extent for me it was a one time experience. 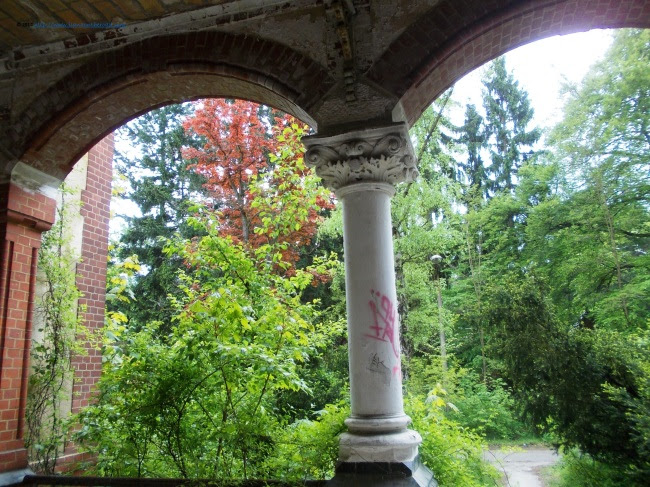 In December 1990, another German dictator, Erich Honecker, the GDR president, was treated here for liver cancer. The red-bricked buildings hide many state secrets probably, but from a dead world. In 1997, part of the buildings were reopened for medical use, with the creation of a special facility for Parkinson disease and neurological disorders. As it is listed as one of the largest historical sites in Brandenburg, assigning a new destination or the simple destruction is not possible. 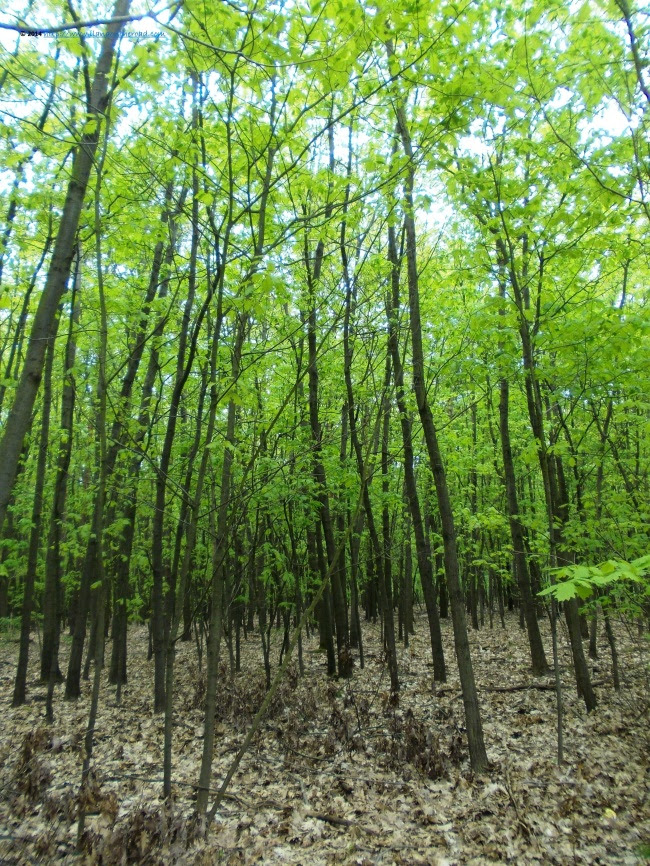 Being far away from the ruins was a good feeling, and I kept walking around the green area, breathing deep the fresh air. The doctors were right, again, there is a special air quality that makes the place so healthy and relaxing. 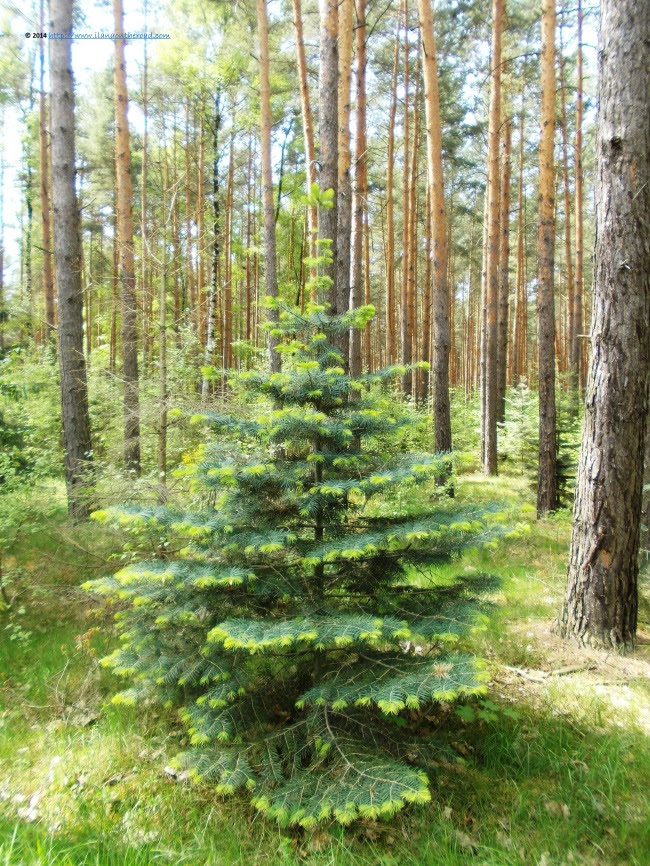 Taking the advantage of a sunny day, I continue my exploration by foot for another one hour direction Fichtenwalde. Riding by bike is also a good idea. Once arrived in the small village, with colourful flower gardens, I entered again the quiet spirit of Beelitz. Local products, as honey, are on sale, colourful billboards inviting you to go home with some natural healthy souvenirs. 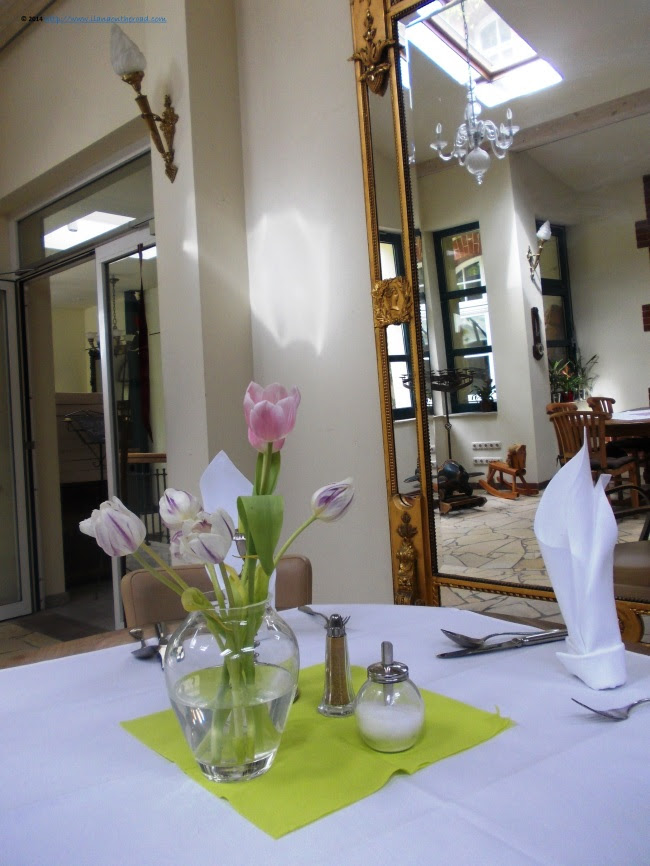 Another consequence of spending so much time in open fresh air, I got hungry. Back in the sanatorium area, I stop at the restaurant of Landhotel Gustav that I spotted before. Besides the big pieces of naive sculptures in the yard, following the basic advertising made by a big black board announced with chalk hand written words that they serve - what else? - various specialities of Beelitz spargel. I followed the curiosity and entered. The place is hosted in a construction built in 1902 for the use of the sanatorium. Many years after the Russians left, the building was turned into an accommodation facility, with a beauty saloon and a restaurant. The interior is crowded without a special style line with various old pieces of furniture, mirrors and even some toys. It also has some tables outside, a good choice for the sunny days. 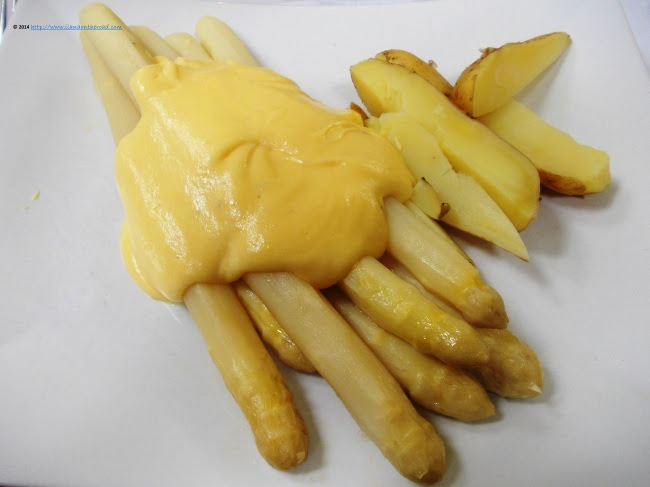 The service was too slow for my taste, although there were only two more customers in the restaurant. I ordered a classical spargel with season potatoes and sauce Hollandaise, a simple countryside meal. The spargel was smooth and well boiled and the sauce brought some special flavours and taste. A good healthy meal, but not necessarily my style of menu. 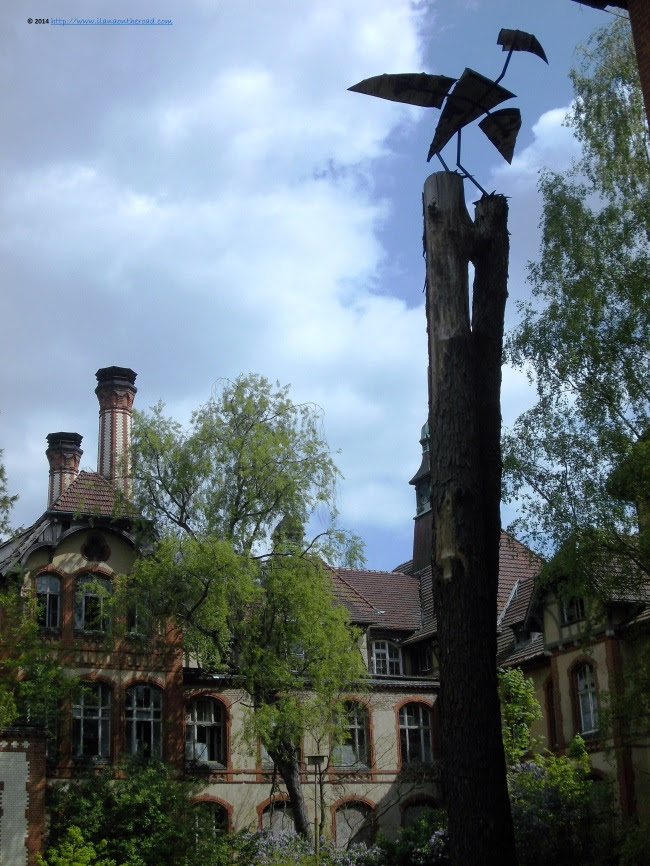 Near the sanatorium buildings currently used for medical purposes there are more abandoned buildings, in a better state, but still marked by the traces of decay. 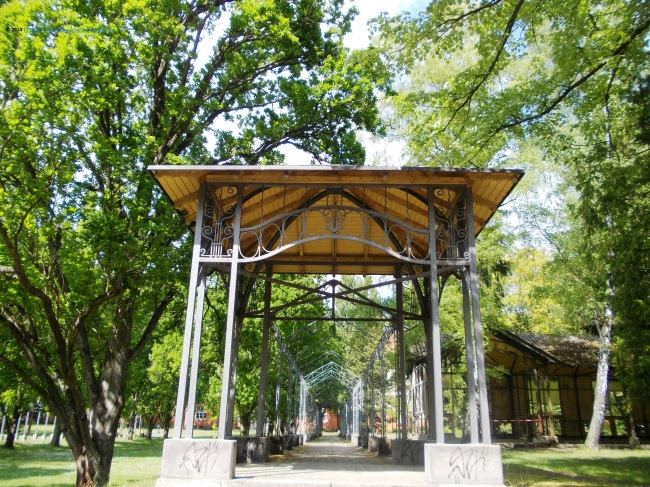 What the future of the former sanatorium buildings will be, is not yet clearly known. The ruins are not only very popular among tourists and travel adventurers, but were also chosen as filming locations for movies such as Operation Valkyrie and Schindler's List.
I left Beelitz again, this time curious to return sooner than two years to check what the whole area will become. With so many histories and secrets hidden behind old walls, it seems that this place has more stories than spargel recipes to tell.
For more Beelitz insights, have a look at the dedicated Pinterest board: http://www.pinterest.com/ilanaontheroad/beelitz/
Posted by Ilana WD at 11:37 PM