I recently celebrated 8 years of very intense life in Berlin, a time well spent travelling in and around the city and Germany and trying at least once the day to learn something new, may it one of the many long German words. After many years spent in the USA, Switzerland, Eastern Europe, France or Japan, it seems that the city on the Spree finally caught my heart and convinced me to call it my home. As a travel blogger who spent an impressive amount of time knowing the city, sometimes much better than a local born and breed here, I am hardly surprised about new places. However, there is always something new to learn and see in this city, and new things always pop-up. 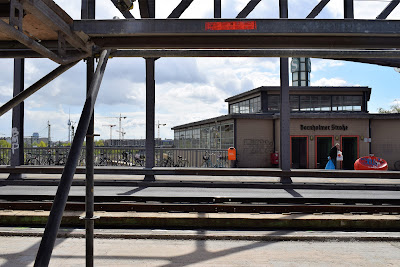 Recently, I've decided to explore the area around Bormholmer Straße train station, which is a couple of stations away form Friedrichstraße, close enough to the central area to spot the famous TV Tower from Alexanderplatz. 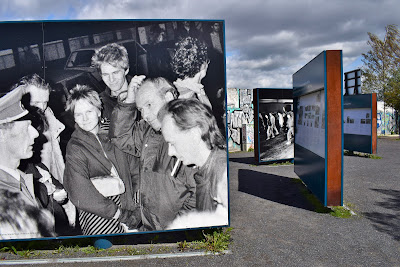 Nowadays, the name 'Bornholmerstraße' doesn't ring many bells, but during the Berlin Wall, between 1961-1990, it used to be the Northernmost of the seven inner city crossings. A memorial to those times, with historical mentions in both German and English are displayed offering interesting details about those times. 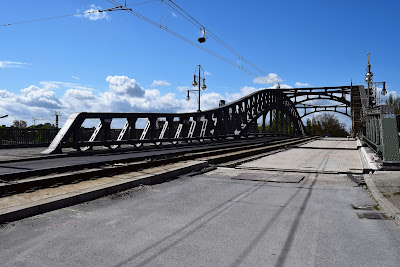 For 29 years, the tram lines running alongside Bösebrücke were used only for calculating the lines of separation of the city in two halves. This border point remained in the history of Berlin for another, happier, fact: it was the first crossing to be open during the events that lead to the fall of the Berlin Wall. On the 9th of November, this bridge was full of Eastern Germans hurrying up to arrive on the Western side of the world, many of them for the first time ever. 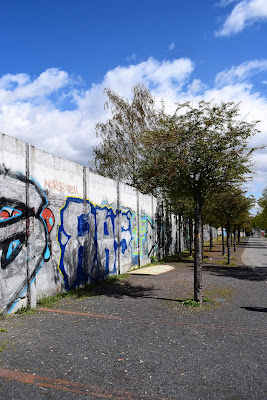 And there is one more mention about Bornholmer Strasse: It has given the name of a movie released on the occasion of the 25th anniversary of the Fall, in 2014, a tragi-comedy directed by the German film director Christian Schwochow about the last days before the opening of the Wall. As a film lover curious to discover various film locations in the city, this is a new information for my already long list of movie destinations in Berlin. 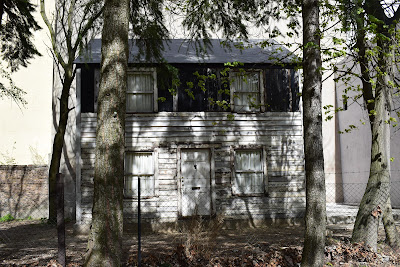 Actually, my visit in this part of the city was motivated for a different historical destination. Since a couple of weeks, the Detroit house where the civil rights activist Rosa Parks lived since 1957 was relocated to Berlin. Parks made history in 1955 when she refused to give her seat to a white man in Alabama. Although the revolution she started is still unfinished, she remains an emblematic personality in the history of the USA and civil rights in general. However, the mayor of Detroit was unimpressed by the pledges to offer historical protection to the building and after Parks cousin Rhea McCauley bought it for 500$, the American artist living in Berlin Ryan Mendoza was interested in the building and finally after it was acknowldged that there is not chance for now to save the building, he decided to take it piece by piece and reinstall it in the yard of his workshop in Berlin and integrate it part of a wider artistic project in the making. Close to a historical border crossing, in a city with a tormented history, at least for now, Rosa Parks' House seems to be in the right place.
Tours or scheduled visits can be made from Wriezenerstrasse 19, but I took the photo from a parking spot nearby. A German rbb report about the recent history of the house is available here.
Posted by Ilana WD at 10:49 AM