When you are waiting way too much for the spring, you might read the end of cold season in every ray of light. Especially because I can't wait to start my full time travel time, because my winters and late autumns I rarely leave my hood. But now, warming up for the better times, I use every opportunity to discover new places, especially those within short distance from Berlin. Early in January, my first trip of the year was to Rathenow. This time, I am heading to Nauen. 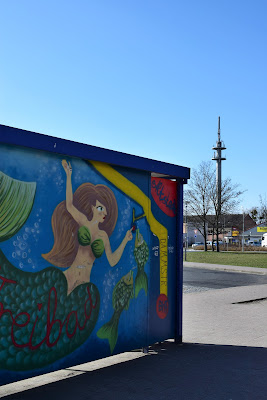 Nauen, situated in the diverse district of Brandenburg, is less than 30 minutes by ODEG train from Spandau train station in Berlin. It's noteworthy sightseeing is situated 4 km. away from the train station is the radio broadcast station, considered the world's oldest preserved radio transmitting installation. However, I am curious to discover more 'mundane' destinations though. 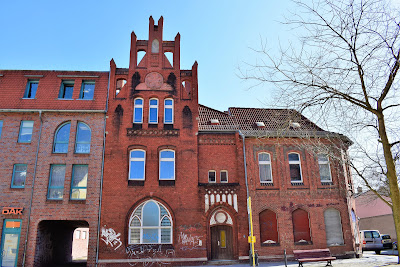 From the train station, there are directions to the main attractions, the radio station or the old city. We are slowly walking Dammstraße, bordered by massive red-bricked buildings, typical for this part of Germany. 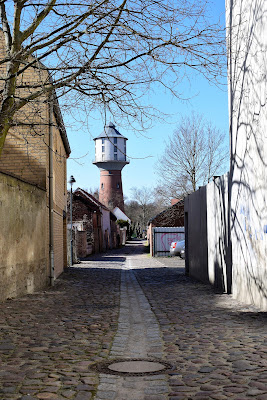 On the sides, I am discovering short cobblestone mews - like this one, called Zum Wasserturm, To the Watertower, in German - with small houses with no humans at sight. It is Wednesday, but everything looks as peaceful as a weekend day. 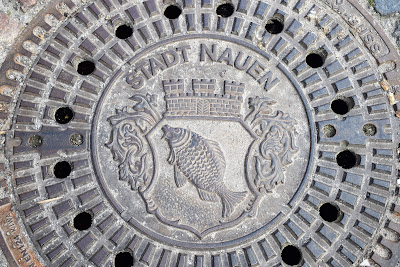 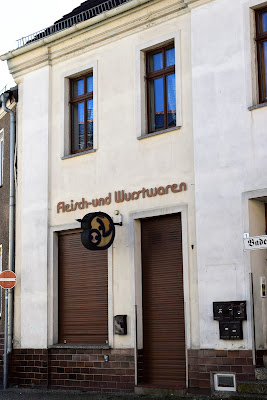 As in the case of many places in Brandenburg, the streets offer a mixture of new buildings and places waiting a smart investor to do the renovation work. While wandering the streets, I discover the old commercial signs, some completely repainted, some hidding beneath layers and layers of fresh paint. 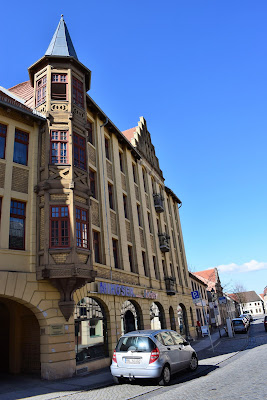 The architecture has some specific treats compared to other places I've visited in Brandenburg, for instance the triangle-shaped roof or the beau-windows with wooden frames. 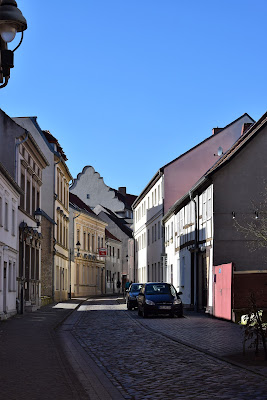 The wandering continues on Goethestraße, where I am busy observing the various shapes of the roofs against the blue sky. 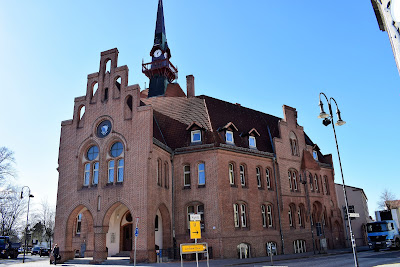 The city hall displays a majestic view, and if not the official inscriptions mentioning the destination of the building one might think it is in the front of a closter. 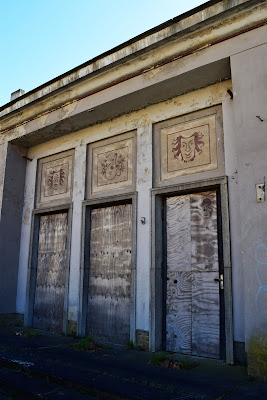 There are not too many cultural attractions in town though, most probably the culture loving people from Nauen preferring to travel to Berlin instead. Part of the former communist Germany, Nauen used to have until the end of the 1990s, a Theater der Freundschaft (Freundschaft means friendship in German), similarly with other cities from the red realm, such as Magdeburg or Greifswald. Built in 1955, this movie theatre used to have 380 places, hosting also a cafe and an exhibition area. In 1998, it was closed down, and it is still waiting for some entrepreneur to bring it back to (most probably) a completely different life. 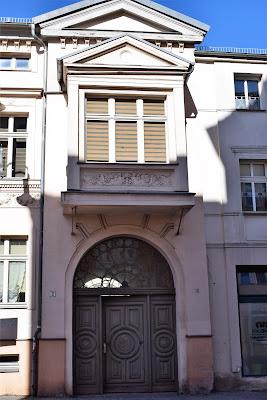 If you love architecture there are many interesting constructions and style combinations which make your trip to Nauen worth a try. I wish I can find a serious documentation about the history of various buildings I see. 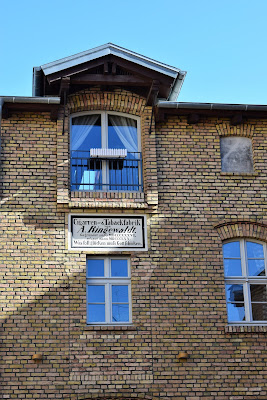 Or at least about the old stores whose commercial signs I keep spotting all over the city. Apparently, Nauen was dedicated to trade and small businesses, but I hardly find too many references about this locality. 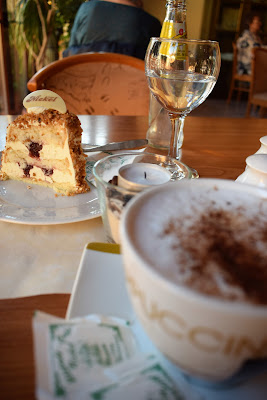 In terms of food, it seems that the offer is by far more generous than in the case of the cultural attractions. There is an American Dinner, and an Argentinian Steakhouse, a restaurant serving pierogi and other Polish delights called Brot&Wine. Many host in the evening musical events and concerts too. My stop is at the Nickel Cafe, apparently a local institution since 1990. Here you can find a lot of locals - more than on the streets sometimes - but the service is not impressive. I am having a Frankfurter Kranz, with a sweet velvety butter cream with mouth watering crumbs, which reminds me of my early childhood sweets menu, and a capuccino. 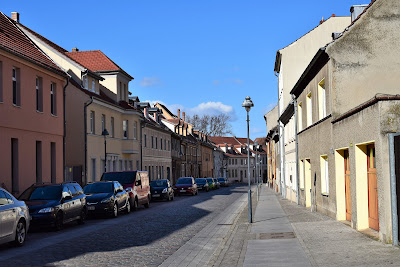 Heading back to the train station, I continue exploring the old city - Altstadt - the most attractive part of the city, unless you are a passionate about Plattenbauen, the ugly communist blocks of houses which are everywhere in the former DDR. 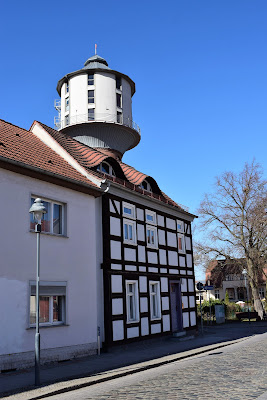 I am happy to discover the Mauerstraße - Mauer means wall in German, so probably before, here used to be the city wall, with some half-timbered houses and ondulating roofs. 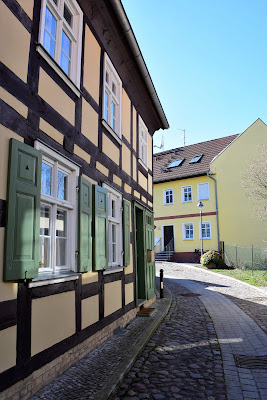 Some of them are so colourful and delicate that you might feel you are part of a fairy tale. Such discoveries are usually the bread and butter of my travels, even it is a journey in a place everyone might call it completely unattractive. 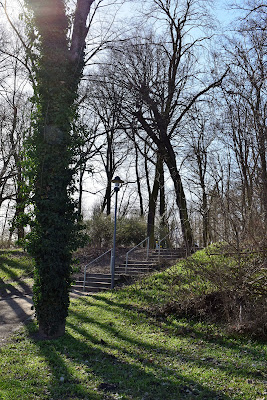 As everywhere in Brandenburg, there are always large nature areas where families and nature lovers in general can gather and spend their sunny days. In Nauen, there is the Stadtpark, 10 minutes away by foot from the train station, with huge trees that make you feel like you are exploring a forest.
My short trip to Nauen was very refreshing and on my way back I keep telling to myself that in the next weeks and months I should pay more attention to those 'unattractive' destinations around Berlin. There are always hidden gems waiting to be discovered by my camera, I am sure.

For more inspiration, check the dedicated Pinterest board
Posted by Ilana WD at 12:29 AM