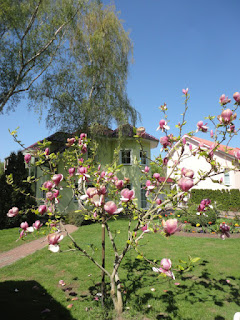 Since moving to Berlin, every summer I spend a couple of intensive days hiking and visiting places in Brandenburg. Every time I am amazed to discover that after seven years, there are still many new places. I continued the tradition this year, starting at the beginning of this month with Jüterbog, a place to reach within one hour from the Central Station. It is a very sunny day and bikers ready to hike are surrounding us in the train. 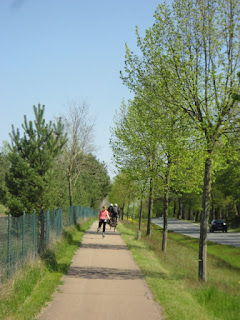 Many of them, plus some skaters, will run soon to enjoy the comfort of the Skatearena, the longest such trail in Europe, belting up the outskirts city. The beautiful part is that the skating afficionados enjoy the ride in the middle of a green landscape. 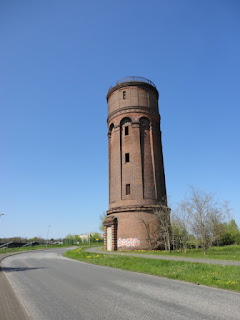 As I turn a bit on the unbeaten path, beyond the usual touristic arrows, which are not that many anyway, I arrive closer to a water tower, passing by many abandoned houses. 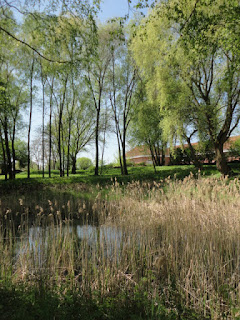 On the way to the old city, we have to pass through a green island with small ponds and high green trees that gives you the feeling of well-being and relaxation. 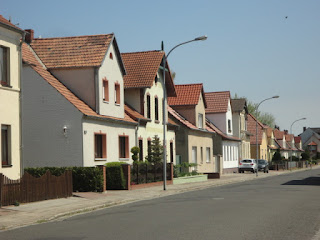 When I was about to forget that I am supposed to arrive back to the city life again, the paths from the green belt reached the concrete area. Small one storey houses in brown pastel colours are making smooter the transition. 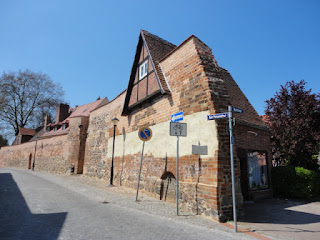 Soon, old medieval city walls are marking a new territory, and we went through the Frauentor, the old city wall entrance. The area was first mentioned in official documents in 1007 and carefully preserved its heritage until today. Part of the religious Reform movement, it has an interesting cultural quarter which brings more light into the local history. 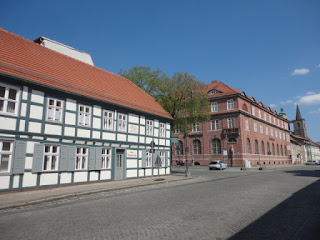 More visual surprises are to come: the half timbered colourful houses, relatively atypical for Brandenburg, which bring a lot of joy to the serious reddish official buildings, a staple for this region. 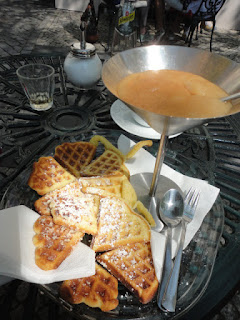 When there is lunch time, I choose the Förste Cafe&Wein, in the main city square, with an outdoor view over the city hall, where I am delighted with some fresh homemade waffles with apple mousse. Delicious enough to bring me here back soon. 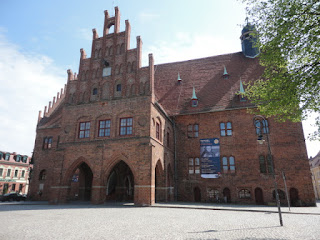 The red bricked - how else - city hall is considered the most beautiful in the entire land of Brandenburg. Personally, the exterior appearance dooes not impress me that much, but I found interesting the monastry-like vaults at the entrance. 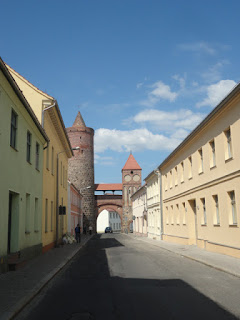 The old gates and walls were graciouslly integrated into the new modern housing projects, classical lines from many historical times that just got together as part oof the same history. 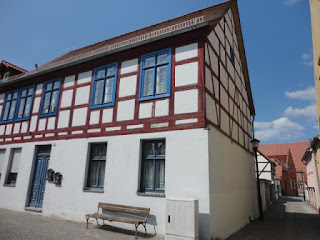 My favourite mix involves, unsurprisingly, colourful half-timbered houses, a reminder that maybe I have to go back to Harz mountains for some more such typical architecture delights. 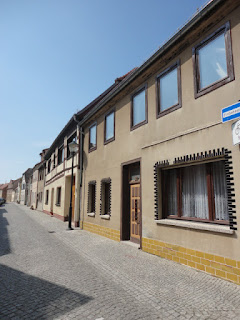 There is not too much place for exuberance though, with many rows of houses bordering small side streets. 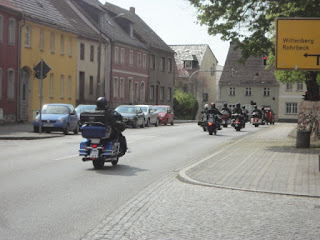 Part of the communist Germany during the Cold War, Jüterbog has a Soviet cemetery too, although the communist spirit seems to not have left too many visible traces. When I was about to leave the city, another secret thing about Jüterbog was revealed: it hoosts the most important bikers Jamborees in the area.
Quite a lot of secrets for such a small place!

For more inspiration. check the dedicated Pinterest board: https://de.pinterest.com/ilanaontheroad/juterbog/
Posted by Ilana WD at 3:36 AM

Email ThisBlogThis!Share to TwitterShare to FacebookShare to Pinterest
Labels: jüterbog, one day trips from berlin, travel brandenburg, travel germany, visit brandenburg, what to do jüterbog