How to Spend a Walking Day in Bad Saarow

I am no stranger to Bad Saarow, that I visited several times a couple of years ago. Although this destination under 2 hour away from Berlin is famous as a spa town, I've always been here either for the architecture or for the nature walking. This time, I am back again, introducing Bad Saarow to my friends that I convinced it is worth a ride from Berlin. 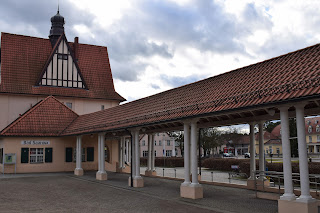 The weather is mild, with only some moderate wind and no rain in sight. Go away spa temptation, we don't need you...we have everything we need to keep walking, after all those hard office business days. We start the ride near the train station, slowly checking around looking for some places where we can eventually have a lunch later. That there is no place where you can pay with card it is no surprise for any of us, but that in a place where is clumsily written in German that it is only cash accepted to see a nicely written announcement that you can pay in Bitcoins, that's really surprising. Things are moving either too fast, either too slow, it seems. 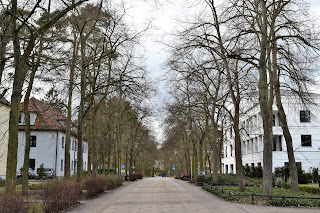 We head direction Kurpark, crossing the bright Seestraße, bordered by trees whose nakedness make the avenue even more larger. 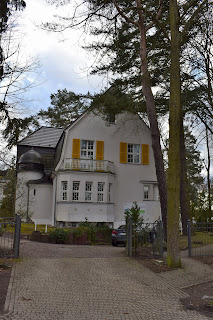 The architecture of Bad Saarow is a noteworthy point of attraction. Although many of the typical houses with clock-wise twitched wooden roof were destroyed during the war or thereafter consumed by fire, some of them are still used, a testimony of the work of a unique urban style. 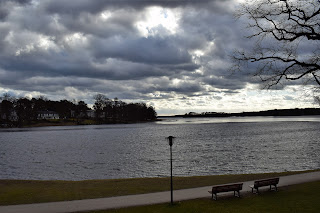 But if you are less into houses and design, Bad Saarow offers beautiful landscapes, starting with the peaceful Scharmützelsee. I am doing enough meditation and yoga is not always my sport of choice, but in the middle of such a landscape I let myself embraced by the silence, close my eyes and breath deeply. The best free anti-stress therapy. 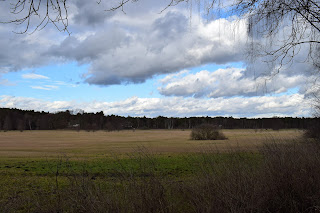 Regardless if I travel or I am hard working in the city, I am trying to walk at least one hour the day. While walking I put my life together, get rid of negative energies and get back on shape. Especially when I am surrounded by nature and my steps are accompanied by the bold singing of birds, the recovery is even faster. We start the big round of the Schmeling Rundweg. 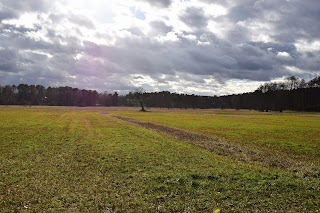 From under the clouds, the sun is smiling to us. It is a very easy walking, and no previous practice is needed. Just a pair of comfy shoes. 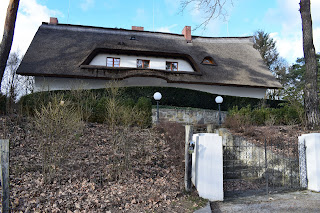 Discretely placed away from the main walking road, there are still some of the houses designed by the Jewish architect Harry Rosenthal for personalities in the inter-war period that spent their weekends and summers here. Similarly with Buckow, Bad Saarow was preferred by many artists but also but the representatives of the emergent middle class. The house from the picture, was the property of the boxing champion Max Schmeling where he moved here after the marriage with the actress Anny Ondra. 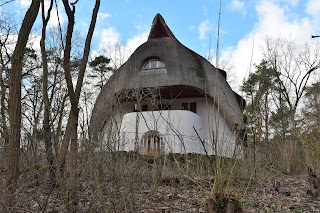 Since my last trip, many more traditional houses were renovated, keeping alive a unique urban project. At the end of the war, many of those houses were occupied by the representatives of the Soviet Army, neglected thereafter because the communist Germany was often lacking the money for such investments. 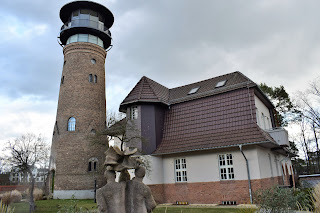 When there was not enough space, local minds found a way to create them. A former electricity and water facility was turned into a small hotel, for instance, adding one more accommodation opportunity for the short or long-term visitors to Bad Saarow. 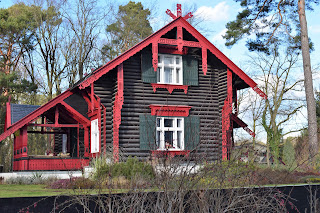 Back into the city, with our lungs refreshed by the early spring crispy air, we are ready to leave Bad Saarow. As everywhere around Berlin, new copy-pasted ad infinitum white buildings appeared here in the last years too, adding a cold, neutral white splash to the typical irregular former unique architecture. I am more tempted to love the old classical Bad Saarow, but I am also curious what the future have in sight for this place. Most probably, to check the next steps, I might bring my friends more often to this place. After so many years and many trips later, it keeps charming me.
Posted by Ilana WD at 11:32 AM