Over one year ago, I've seen some beautiful pictures of half-timbered red houses featured in a glamorous Instagram post tagging Coppenbrügge. I added the name to my list of places to see in Germany and this autumn I booked a train ticket there. However, a couple of days before the trip, while doing the documentation of places to see, I was surprised to not find anything. Asked on Twitter and none of my 5,000+ followers were able to give me any hint. 'Well', I said to myself, there will be a surprise trip, I suppose. It was too late to cancel my ticket and unless high emergency, I refuse to cancel a trip only because I haven't found any online or print resources on it.
Reaching Coppenbrügge is not so easy. From Hanover, I had to change twice, but listening to the names of the station, was not feeling a complete stranger, as it is close to both Hameln and Bad Pyrmont that I visited a couple of years ago. 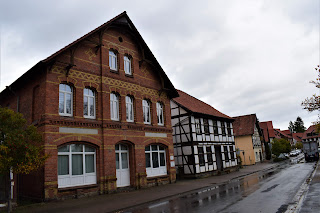 Shortly upon arrival I realized that everything around looked exactly as my documentation about this trip: a quiet village - actually, Coppenbrügge I was visiting is a village part of a municipality with the same name covering other 11 villages. For a second, the thought of just taking the train back to Hanover, that I knew pretty well - as I also wrote a travel guide on it - passed my mind, but why go back to the predictable when I given myself the chance of one full day exploring the Germany village life in Low Saxony/Niedersachsen? 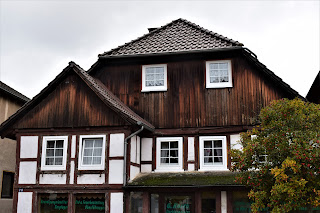 And, for the next hour, I kept exploring slowly - carefully to not finish walking the streets at least once before the time of my train back - scanning the details of the wooden-roof half-timbered houses. 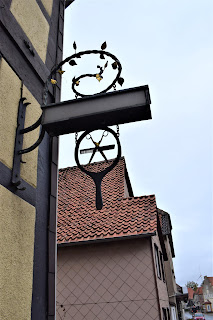 Or deciphering the signs in the front of stores and parlours that were closed for the weekend. 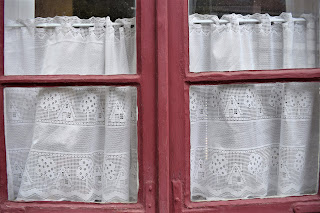 Or trying to figure out the life behind the cute homemade white curtains covering the street windows of the ground floor of an old house. 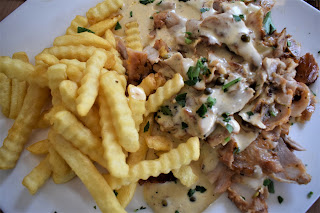 If on the streets I've met no more than two wandering souls - one of them twice, after I resumed my walking - the family restaurant Bulut serving Mediterranean dishes seemed more appropriate for meeting the locals. Surrounded by a very simple background, there were over 10 people having their lunch or even celebrating a birthday. Even if it looked like a bigger fast food precinct, it has a friendlier customer service than many elegant venues in Berlin, children-friendly portions and accepts card payments. Prices were also good and my döner in pepper sauce with French fries was simply delicious. 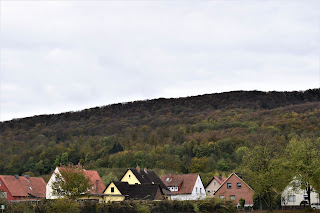 The delicious lunch asked for more movement. This time, I am reaching the borders near the forest hills, passing near people walking their dogs. Another popular activity in the municipality is Nordic Walking done for groups on the surrounding hills, covering a length from 4 to 12 km.
In this part of the village, I am passing elegant villas with simple design, in the middle of green spaces, parking places for a car or two and open entries. I even found a small clean playground tucked between close rows of houses.
This is how village life looks like in Western Europe: slow life, clean streets, high-safety and predictable neighbourhoods. People may know each other for generations or just decide to settle for commuting to work in the cities, but nevertheless they know each other and are there to stay.
The inhabitants seem to be very much into hunting, as proven by the  huge pair of antlers proudly displayed on the outer walls of a kindergarten (which made me wonder if they have some similar samples overviewing the children sleep or play areas inside), which is a popular hobby in this part of Germany. 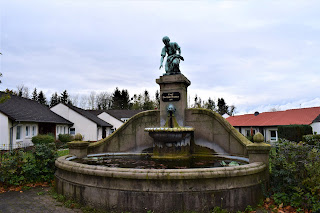 Returning to the center, I am having a look at the old fountain, connected to the traditional healing waters of Bad Pyrmont. 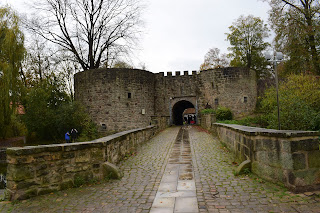 The entertainment options in the village are relatively limited. There is Woodstore offering live music and cultural gatherings and a small bookstore where you can find the latest local and international titles.
There is also the Burg, a citadel hosting a small museum, a café and sometimes open air concerts. Earlier, a newly married couple was taking pictures in the front of the gates, while some families with children were slowly walking in the park around. (Indeed, everything happening during this day trip is on slow motion). 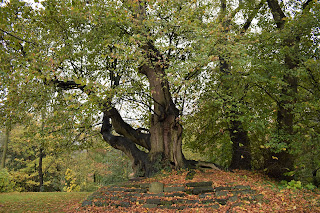 Although small the park is a beautiful natural venue, populated with spectacular old trees. After a little rain, the humidity soaking the yellow autumn leaves gave a certain feeling of loneliness and quietness that added more details to the meaning of village life I was trying to understand. 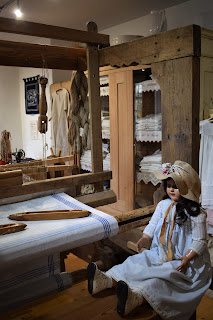 Although very old school in terms of presentation of information, the local history presented at the Burg added some content to the lack of details about this place (the entire museum information is in German). Besides presentations of local trades, I've also discovered that Coppenbrügge was a stop of the Russian Tsar Peter the Great during his 1697 European trip. Obviously, his trip was not only to discover the beauty of Europe, but also to settle some alliances and find some inspiration for his cultural plans. 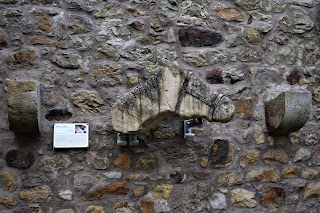 The inner yard of the Burg was more interesting for its old touch of the stones and the layers of local histories added across centuries. 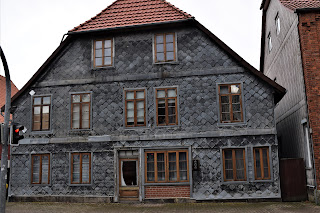 Outside, I wanted to take more chances of light hours to tour the streets and get more photo shots of the houses, which displayed a pretty diverse architectural style. 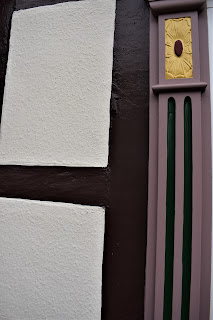 There were also small details that reminded me of the beautiful wooden doors and decorations from the Harz Mountains or Celle. 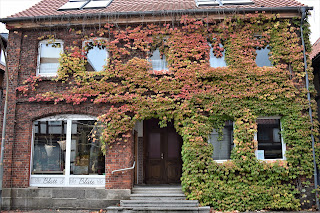 True is that part of the good impression was due to the late autumn leaves shades turning every facade into a colourful display of natural impressions. 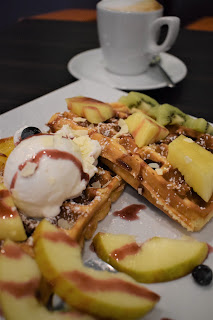 Besides some classical chain supermarkets all the local stores were closed, which stole my chance of having a look at the local consumer patterns. With some time to kill before the trip back, I offered myself a long stop at the Eiscafé Camilo, where besides meeting a younger audience, I enjoyed some fresh waffles with fruits and icecream. 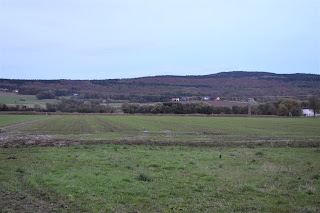 Not all my trips are spectacular, leading to fantastic discoveries and unforgettable human connections. Some are just like this trip to Coppenbrügge, involving turning round and round the same streets, taking pictures of houses and walking small compounds of houses whose inhabitants will instantly look at me suspicious because from the first and second sight I am clearly no local. Plus, I am visibly wearing a professional camera.
Such trips though, give me a grasp of humans and places better than any of my popular or glamorous choices of destinations. Booking my trip to Coppenbrügge was based on a mistake, but it was one of those mistakes I've learned a lot about.
Posted by Ilana WD at 3:19 AM