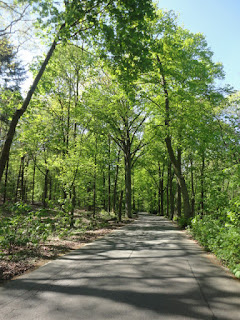 My first return to Peacock Island (Pfaueninsel) after many years of absence, was not a happy one. On the way to the ferry from the bus station, I accidentally lost my phone. I noticed the absence of my precious smart one when I was about to go out of the ferry to the island. Using my tablet internet connection and the help of good people, I succeeded to localize the phone, that was found and took by some other good people and run on the other end of the city to recover it. Although my travel plans were twarted, my faith in humanity was restored. 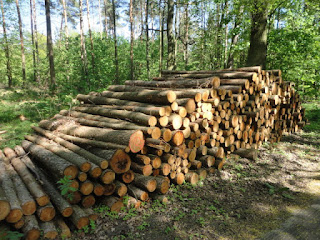 The next day I started the journey again, this time without any major occurences. The walk from the bus station to the ferry in the middle of the quiet woods was a kind of initiatic trip during which I left behind all the hardship and failures of life on the other side of the forest. 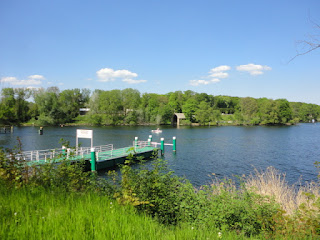 The views over Havel complete the landscape of serenity, troubled only by the coming and going of leisure boats in spring and summer. 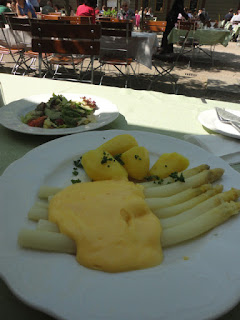 After the emotional day before and the long walk, I decided to have some asparagus (spargel) at the summer garden before the next leg of the trip. The idea of a stop was good, the foodie choice was overpriced and rather modest in terms of culinary raffinement. 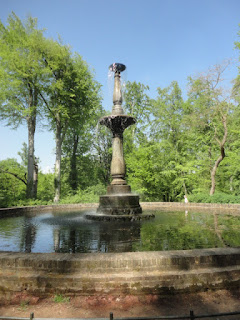 After the five minute ferry hop - 4 EUR. both ways - very children pram friendly, I am finally back on what was considered to be "Prussian Arcadia". This one and a half km. long and half km.wide island is since 1924 a nature conservation area and part of the UNESCO World Heritage. The entire environment invites to love and mystery, with its secluded gardens and winding paths. 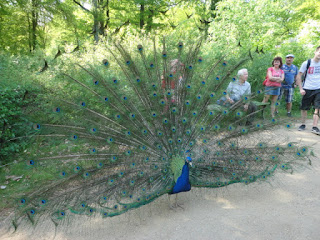 The highest attraction are the beautiful peacocks who are running free in the grass. When they have their moment of glory, showing their beautiful tails, everyone gathers around, camera and selfies mood on, to catch the moment. After a couple of minutes, it feels a bit of stress not only for the peacocks. 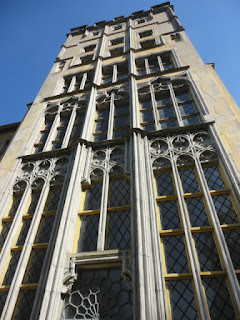 Romantic ruins hidden behind wild lawns bring the quietness back. Hopefully, the island is big enough to always find a corner where no one takes obsessively pictures. (Besides myself) 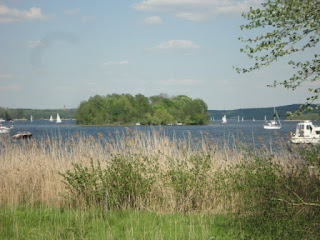 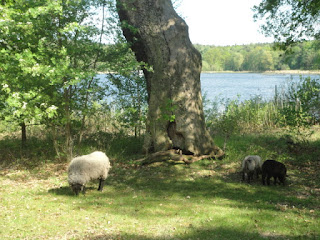 As farming is practiced here since the beginning of the 19th century, no surprise that you may cross path wit some cute wolly sheep. Cereals, root and leaf plants were also cultivated here. 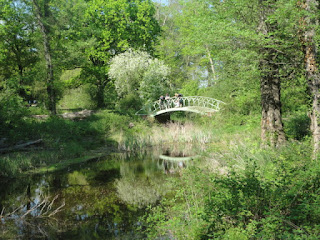 The gracious arches of bridges reflected into the clear waters in the middle of the vegetation are invitations to dream. As bikes are not allowed, during the entire trip you just learn to walk and see again, with all your senses. 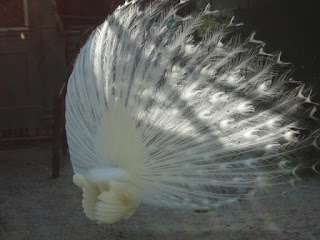 Back at the peacock farm, a beautiful white bird has its moment of glory, this time, without too much audience around. 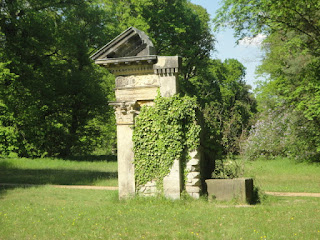 The rosegarden is in full bloom only in September (a reason enough to return then) but the Romantic soul is fed by the view of half ruins. You may just wait to see a faun jumping in the front of you. 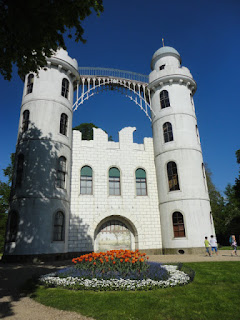 The majestic point of the island is the castle, built in the 18th century by Friedrich Wilhelm the IIrd for his beloved Wilhelmina Encke. On the wrought iron, middle-ages bridge she was supposed to appear every evening when Friedrich was not there, to greet him. He, he was on the towers of his castle in Potsdam waiting for her.
We all need to write our own love stories, be it a never deceiving life-long love story for travel and beautiful places.

For more inspiration, check the dedicated Pinterest board: https://de.pinterest.com/ilanaontheroad/peacock-island/
Posted by Ilana WD at 2:07 AM