What to do in Zossen bei Berlin

When I boarded my one hour and a bit trip from Berlin, I did not think one single second that I may have something to do there. My plan was to go further on to the more known Walsdorf-Wünsdorf, a former bunker city that you can reach theoretically by foot. 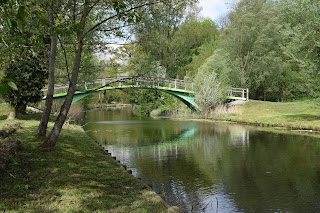 Situated in the Teltow-Fläming area of Brandenburg close to the Schönefeld Airport, Zossen was put on the Germany map since the second half of the 19th century, with the opening of the Berlin-Dresden rail connection. The trains from Zossen were going directly to the Potsdamer Bahnhof, at a time when this part of Berlin well known today for being the headquarters of Berlin Film Festival was becoming an important transportation knot in the Eastern part of the new country of Germany.
Those times of glory are long gone and on the Wednesday mid-day when we visited we crossed path with less than 0,01% of the 19,000 current residents. As many young people commute to Berlin for work and leisure, no wonder. However, we enjoyed the remoteness of the place. 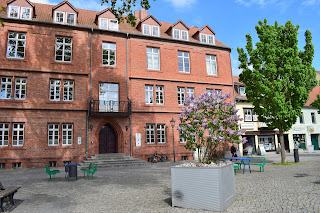 Not too many directions are needed to reach the central area. Straight from the train station, you arrive in the center of the little town where you can have everything: the traditional for this part of Germany red-bricked city hall, surrounded by colourful benches waiting for being seated and shared some local little gossips. 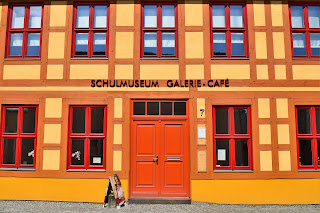 Nearby, there is one of the most important local cultural attractions: the Schulmuseum - open to the public only on Thursdays and Saturdays between 10 and 12 o'clock - which also hosts an art gallery and a café. 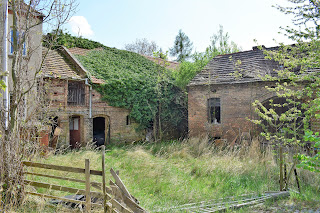 A long time during the Prusian times a garnison city - together with Wünsdorf - and once occupied by the Soviets a residential area for Russian military, Zossen is still searching for its architectural identity. The former occupiers of the buildings left and after a quarter of a century many buildings are derelict and completely abandoned. 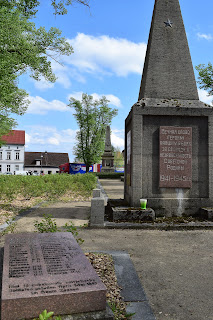 The historical memory is mostly built upon the wars, with a monument in the memory of victims of the two big wars erected discretely on the side of the main central area. 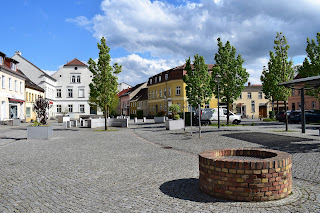 Completely empty, with the exception of a kebap store which is bubbling with life like the sizzling oil in the pan, without customers though, the main square which still keeps the memories of the former water wells looks like an architectural simulation. Everything was newly repainted and renovated in the last years and make it into a nice setting for public concerts or celebrations. Nothing so far right now and there are no visible announcements about some happenings. Maybe after so many historical turmoils, Zossen needs an ahistorical break. 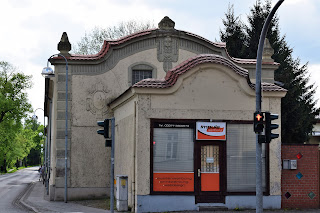 It seems that the past was not always as simple and raw as a military training. Some delicate Art Nouveau-influenced house decorations offer a beginning of a local alternative history which might be written one day. It makes you think that Zossen also had some interesting local middle-class stories to tell. 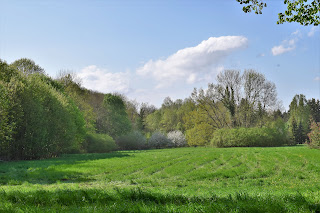 As we visited the place at the beginning of the spring, I indulge in a bit longer nature wanderings. You can, for instance, go fishing at the Melensee, or support the local businesses by buying some homemade honey. For me, just walking is enough for enjoying the mild season and the longer light hours. 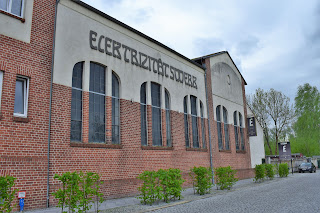 Discovering the city by foot allows me to see much more than an average travel guide - if you find any dedicated to Zossen, let me know - could reveal. For instance, the former Electricity factory - Elektrizitätswerk - which similarly with the former industrial spaces of Oberschöneweide in Berlin - was redesigned to accommodate new tastes: dance and yoga classes, cultural happenings and various local events. 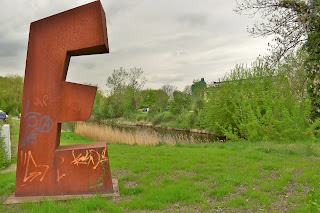 Did I mention that our plans were to use Zossen as a departure point for visiting Wünsdorf? After a couple of intensive hours of exploring, the decision was to explore it at a different time. More about this in the next post...
Posted by Ilana WD at 11:16 AM