Autumn Day Out in Hamburg

Since moving to Germany, Hamburg was at least once the year on my travel radar. Therefore, after every trip, I keep adding this Hansa city on my next travel agenda, because I can't simply live without being there as often as possible. For me, it has the flair and charm and so many temptations that call me back over and over again. Also, only 3 hours away from Berlin, with the IRE - 29,90 EUR two ways - it makes it an easy and affordable destination for those days when I really want to get out of my hood. 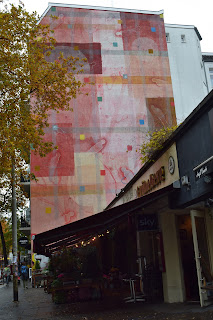 Due to a stupid mistake/misunderstading, as we took the wrong train - instead of the IRE (the regional train) the IC (inter-city) we had to stop twice, once in the empty statio of Wittenberge, and took another train suited for our train ticket level (unless we wanted to pay at least 75 Euro one way), we arrived a bit later as expected. However, the advantage of the traveller was to ride through the autumn countryside landscape of Mecklenburg-Vorpommern, with its large fields with quiet cows having their breakfast. As my friend was visiting Hamburg for the first time, we made a first stop to the colourful St. Georg, with its multi-kulti restaurants and massive street art. 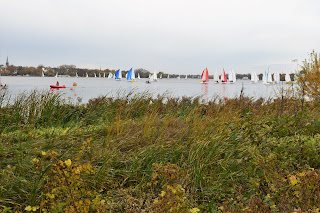 Autumn is having his last breath those days and we went for a walk in Alt Alster, where the rotten greens and yellow got a wake up call from the colourful yachts crossing the water. 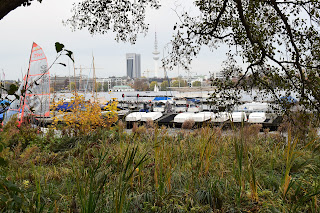 At this time of the morning, it was the most quiet area, with only a couple of families and dog walkers hurrying around. 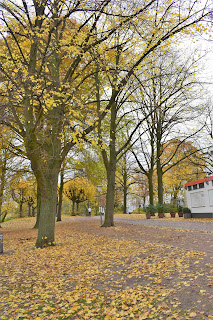 The gold leaves beds on the pavement were moving slowly in the pace of the mild wind, announcing the usual Hamburg rain later in the day. 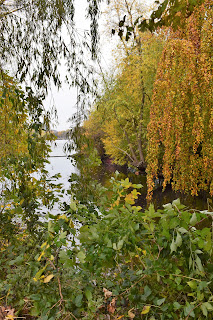 After the hustle and bustle of the last weeks and especially hours when we were thinking at least once to change our travel plans and maybe to visit Schwerin instead, which is also a beautiful autumn travel choice, the quiet nature corners around Alt Alster brought back the peace of mind. 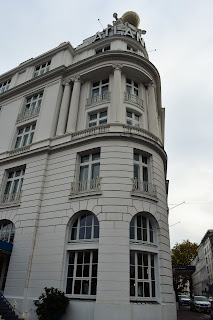 As my friend was curious to discover more of Hamburg, we break our Zen meditation, going back to the concrete world. The 5-star Hotel Atlantic Kempinski, since 1909 a luxury destination in the city, is welcoming us to the everyday Hamburg realities. So bad we don't have time for more than a picture this time. 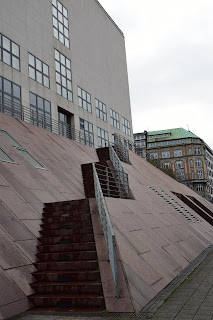 We don't have time for Hamburger Kunsthalle either, but at least we stop, again for an improptu of the interesting modern architecture in the area. 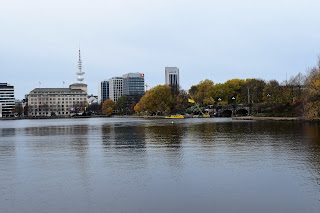 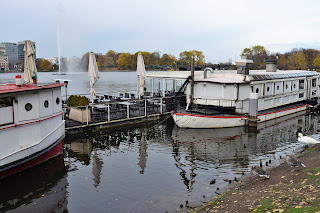 The boat restaurants offering typical Hamburg fish dishes are still full of people having a meal with a view of the peaceful seafront. 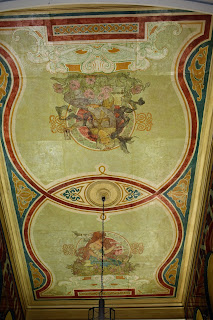 When the rain makes its entrance, we are rather exploring various indoor locations, discovering Art Nouveau ceilings in passages I've been dozen of times before without noticing anything. 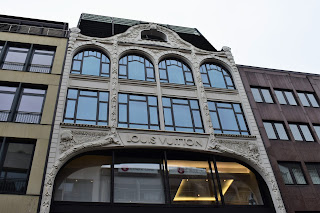 The shopping avenues are crowded, despite the weather, and when not jealous of the luxury options people have here, compared to my proletarian Berlin, I keep looking up searching for architectural details. 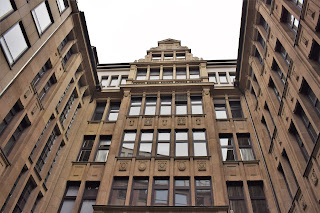 The typical brown-reddish architecture disposed geometrically perfect in a square, allowing the natural light right in the middle of it to reflect the perfect shapes of the opposite walls. 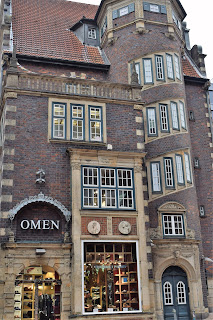 Symmetry is not always boring, and playing with shapes and sizes might create interesting architectural works. This building is an example and it is one of my favorites in Hamburg so far. 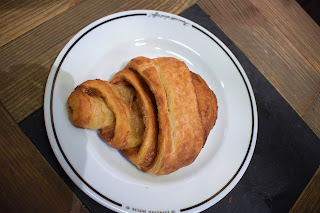 Rain and so much walking requires for some serious fuel. We stop for a vegetarian burger at BetterBurgerCompany where you can also charge your phone - in exchange of some coins - followed by a tasty coffee and cake stop at Espresso House. I couldn't leave Hamburg without having a bit of the famous puff pastry star Franzbrötchen. A local speciality inspired by the French croissant, it has a sweet, cinnamon-induced taste, but it is also available in variants which include cream or marzipan. 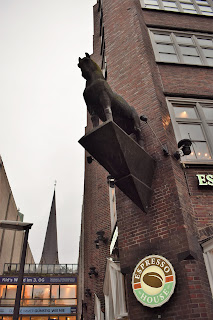 Do we need to do anything else than just strolling the wet cobblestone-streets and enjoy the moment, no hurry, no rush to check a long list? At least not this time, but I know some serious travel writing assignments will call me back to reveal some best hidden gems in this Hanseatic City. 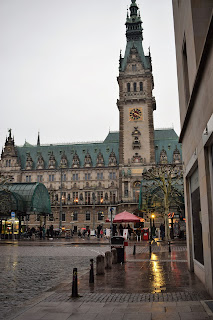 My friend kindly introduced to one of my favorite German cities was definitely charmed by it and wants to come back. Me too, at least twice in the next months, and I am happily looking forward to it. Bis bald, Hamburg!
Posted by Ilana WD at 2:16 AM